John Oakes is the co-founder of OR Books, where he is now editor-at-large. He got his start in publishing in 1987 as an assistant editor at Barney Rosset’s Grove Press.

Joy Garnett is an artist in Brooklyn, NY. Her work has been shown at the FLAG Art Foundation, MoMA–PS1, the James Gallery at CUNY Graduate Center, and the Milwaukee Art Museum. She is working on The Bee Kingdom, an illustrated family memoir of Egypt.

A Chicago native, Jeffery Renard Allen is the award-winning author of five books, most recently the novel Song of the Shank. He is at work on several projects, including the memoir Mother Wit. He makes his home in Johannesburg, South Africa. Find out more about him at www.authorjefferyrenardallen.com

Porochista Khakpour is the author of the novels Sons & Other Flammable Objects and The Last Illusion and the forthcoming memoir Sick. She is a journalist and professor.

Julia Torres is a poet, musician, writer, and illustrator who recently graduated from NYU. She is currently working on debut music and two graphic novels. After a hiatus of many years, Evergreen was re-launched on-line in 1998, and then again in 2017. Now under the leadership of publisher John Oakes and editor-in-chief Dale Peck, the new Evergreen builds on Rosset’s legacy of searching out the stories that aren’t being told or aren’t being heard: stories that challenge our sensibilities and expand our understanding of the way people actually live in the world, and the way their truths can be expressed. Available free of charge in an online-only format, the magazine will feature fiction, nonfiction, and poetry from an international array of new and established writers. Additionally, new editions of Foxrock Books, the book publishing arm of The Evergreen Review, are being released on a periodic basis; the first two titles available in the series are Samuel Beckett’s Stirrings Still and Marguerite Duras’ The Man Sitting in the Corridor. 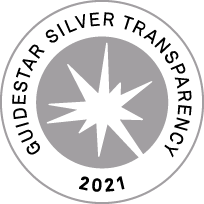