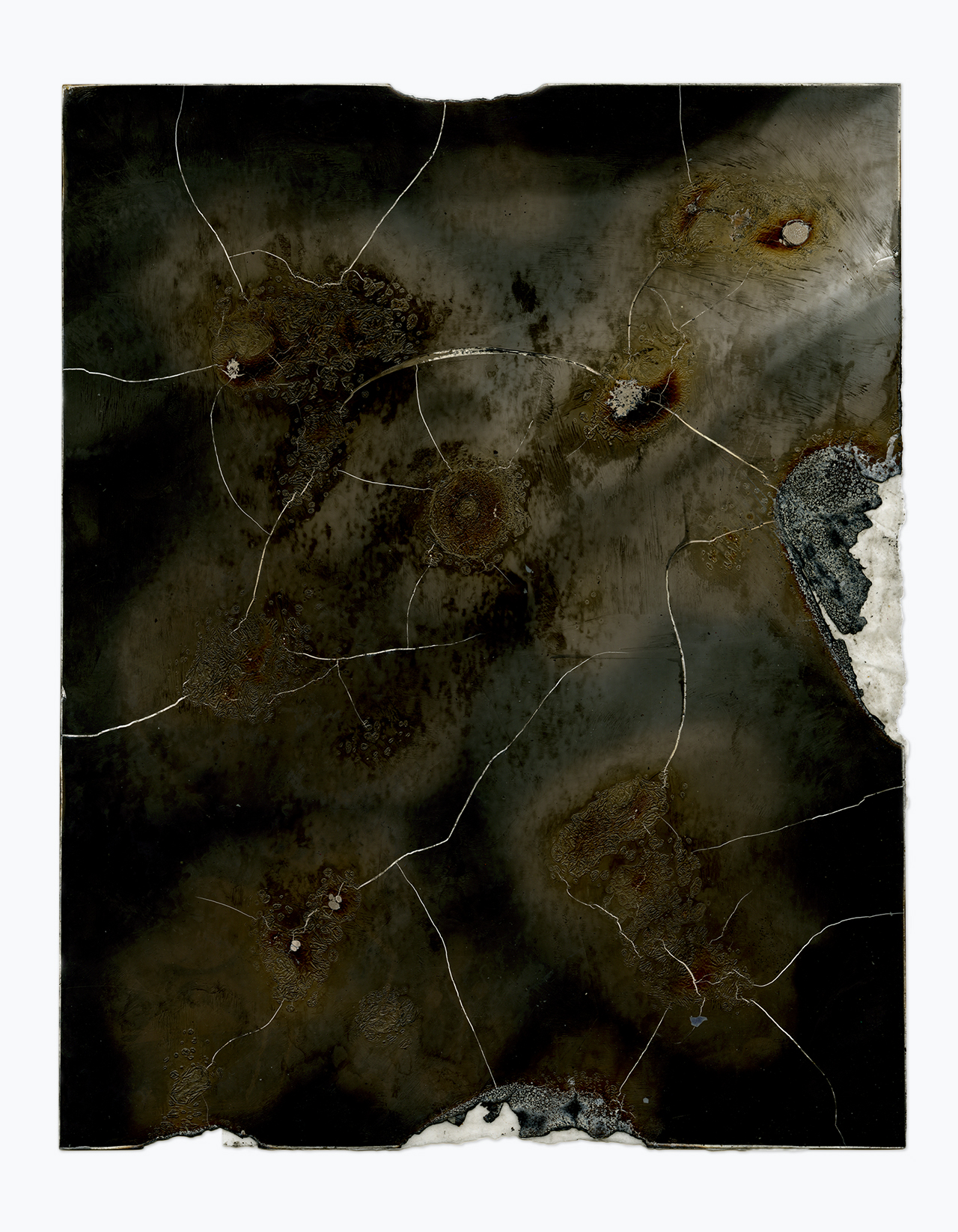 It’s the Ellis Island Museum, back in the eighties.
We’re scrolling down the lists of names on names,

The signature of each passenger preserved
On an ancient roll of yellowed microfilm.

It’s light years before the age of Cyber Space,
But show me the digital screen that can sound the depths

Of the human flood, or the pitch of sheer transport
I heard in my mother’s voice when she finally found

“We know her embarkation was from Piraeus.
And that she arrived in America on the Patris.

For occupation it tells us she was a seamstress.
She came alone. She was seventeen years old.”

“No, she was really thirteen,” my mother replies.
“And there was another girl with her. Her cousin

Chrysoúla Kondákis. But she got sick and died.
O Soula, poor Soula! They wrapped her in a blanket

And dropped her overboard.” The guide blanches.
The sallow faces in Stiglitz emerge from steerage.

But now it’s those Syrian refugees on the news—
The ones who keep washing up on the Greek islands.

And I’m a child, sitting at my grandmother’s
Singer sewing machine, and wondering why,

As under my feet the metal treadle keeps rocking
Back and forth, it feels like waves on waves. 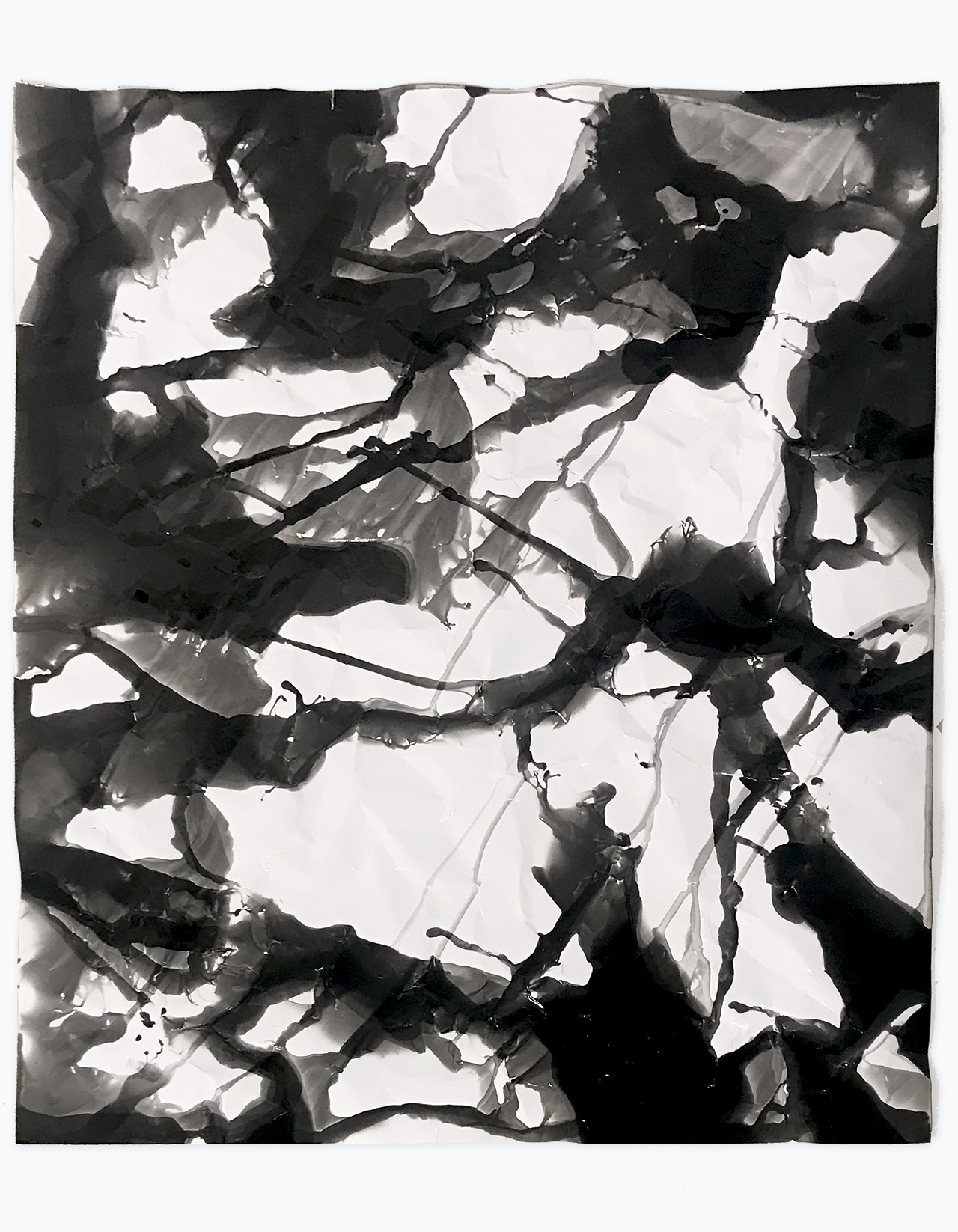 It was the song of the Iron Age he sang,
Pronounced in a quiet utterly level voice
With a heavy Eastern European accent.

And it was Revere Beach in the early sixties,
And I was back on the boulevard—at least
For the length of Campo dei Fiore. For Milosz:

Vendors bearing baskets of lemons and olives,
And rose-pink fish on ice in open stalls;
The Roman cobblestones still spattered with wine

On the same piazza where Giordano Bruno
Was led to the pyre and stood in tongueless silence.
And back in Poland the vendors are hawking flowers,

Spring is in the air as the carnival wheel of
The centuries turns to music, lifting those laughing
Couples high in the cloudless Warsaw sky

As salvos sound from the ghetto and skirts blow open.
For me: the Hippodrome merry-go-round, the hair-raising
Plunge of the Cyclone, and Joe and Nemo’s Hotdogs.

The beatniks outside The Frolics. And Anna’s Pizza,
Where the muscular man with his sleeves rolled up
Was spreading tomato sauce from a wooden ladle

And cutting each slice with a little razor-sharp wheel.
What blares from Revere throbs in a neon jukebox.
But the reading is in a church at Boston College,

Of my father kneels to whisper into my ear:
“Look at his forearm, Yorgo.” And that’s when I see,
Through a ghostly scrim of flour, the tattooed number.

It’s my immigrant father wanting me to know,
But only so much, as the man in the blotchy apron
Opened and closed the blackened cast-iron mouths.

It’s what Dante calls scoglio that dangles like dough
From the fingertips of the bearded man who wields
The scalpel in Michelangelo’s Last Judgment.

It’s the sin-encrusted flesh we can’t slough off.
It’s a slice of Anna’s Pizza, and jazz at The Frolics,
Which brings me to Buddy Rich, and the local scribe

Who said the virtuoso’s fingers were utterly
Callous-free, he held the drumsticks so lightly—
As the Polish poet reads and the Hippodrome reels. 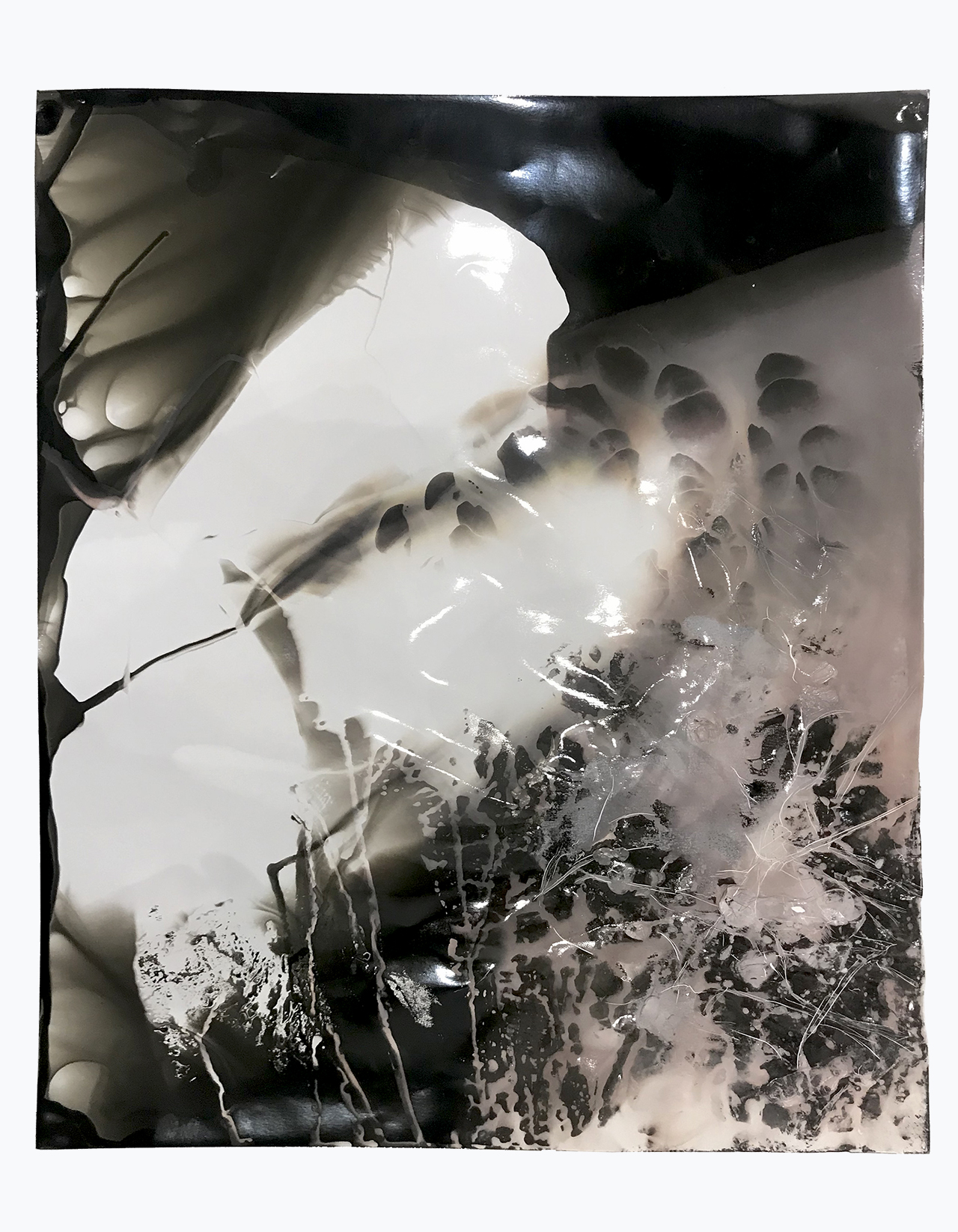 “It’s vri-si, not vri-shi,” my teacher of modern Greek,
Who came from modern Greece, corrected me.
Her accent was subtle. Her English British. But her

Inflection of the demotic word for “fountain”
Lacked the shiny sibilant splash I always
Heard whenever one of the elders said vrishí.

Backwater speech that kept going back to its source—
Village springheads whose rustic mountain tongue
Still sang to us from the mouth of our kitchen faucet.

I was a graduate student taking a quick
Refresher course when I complained to my mother
About her pronunciation. Her people were Spartan.

She stood by the sink. “And where in Greece is she from,
This teacher of yours?” And when I say Athens, it’s Athens
Dismissed with a wave of her laconic hand—

“Och…I knew it.” And then again the sibilant
Gush of vrishi as fluent as faucet-water
Washing over the stack of stucco-white dishes. 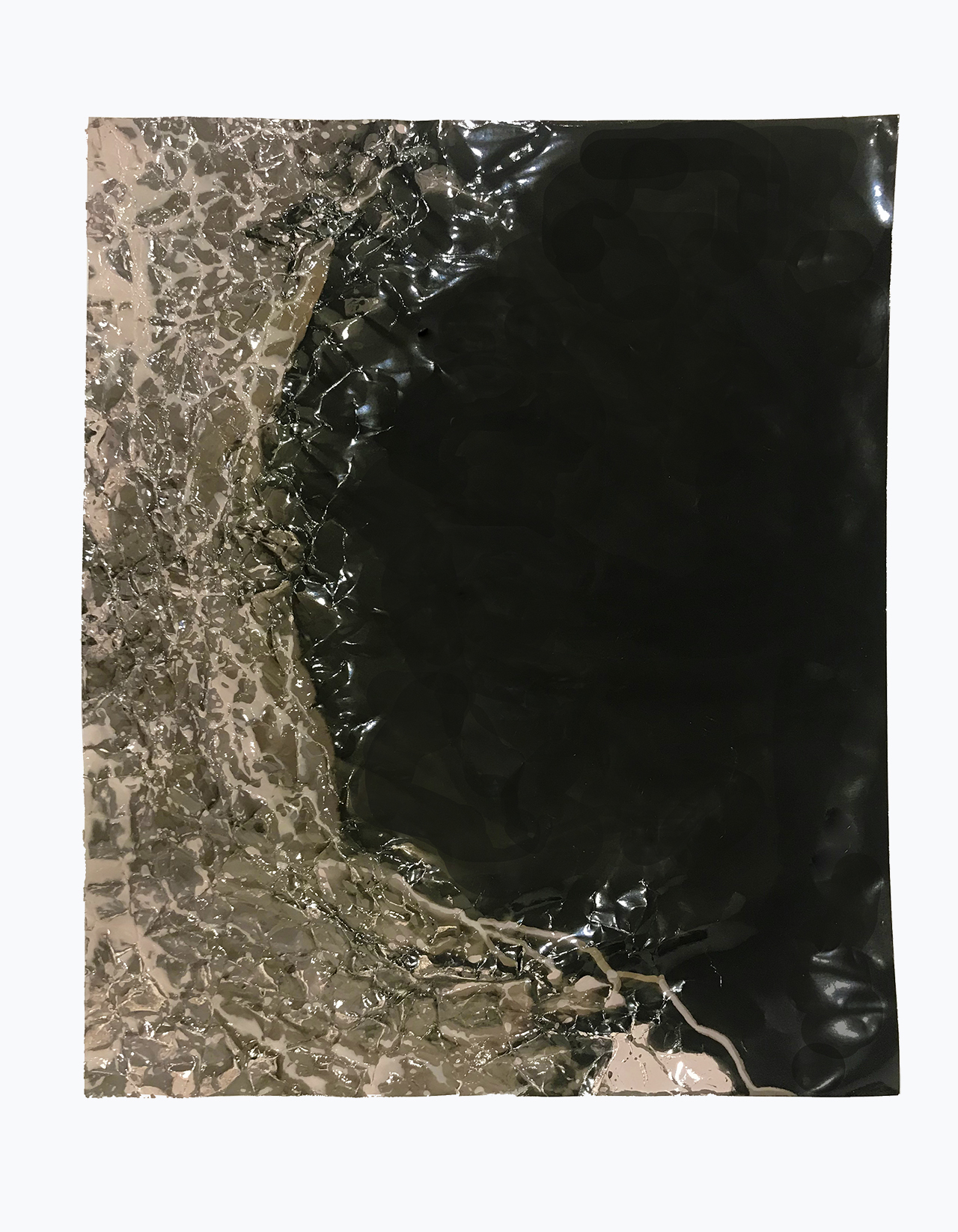 Waiting my turn in line for a drink of water
At Planet Fitness, I reach for the shiny lever
That isn’t there—forgetting that the leaping
Refreshing gush my open mouth expects
Is triggered by hidden sensors,
Depending on how low you bow your head.

My shoulders still feel the sudden yanking back
I got from my third grade teacher. And all because
I was thirsty from recess, and made the grave mistake
Of pressing my lips to the copper spigot, and caught
The icy glare of Polio-
Stricken Mr. Wallace, bound to his wheelchair.

In Horace’s voice the babble of Bandusia’s
Fountain is crystal clear, and bubbles up
From under an ilex tree, and blends its flow
With the warm blood of a baby goat, whose throat
Was slit before its just-
Protruding horns were tested by love and war.

Nereídivríshi. “Wellspring of the Nereids.”
But also the bus-stop where my father’s two sisters
Were waiting, shawled in black. O shadowy pool
That keeps their eyes abrim—and me a young man
New to mourning who carries
Two buckets of water back to the village for them.

When somebody asked our guide if there was a bubbler,
“A bubbler!” she chuckled. “What a delightful term
For a bloody tap.” And then she went back to her talk
On the Elgin Marbles, and how, at the height of the Blitz
They carried the great procession
Down to the basement, piece by shrouded piece.

Five hundred jigsaw pieces spilled on the floor.
Venice as shattered mosaic. And crouching over it,
Eddie. Deaf-blind. Autistic. All afternoon,
Unprompted by me, his teacher’s aide, that child
Oblivious to his brilliance
Unpuzzles the dazzle of the Grand Canal.

The only unchanging, uncamouflaged part of my pet
Chameleon was inside his stoic mouth.
Whenever he bowed his sleek elongated head
To his tin of tepid water, a pink bud opened.
And now he’s Thales, the last
Of the Pre-Socratic poet-dinosaurs.

Thales of Miletus, who tells me again
That everything depends on the fluency
Of running water. As soon as I lift my sweating
Head from the drinking fountain at Planet Fitness,
The little leaping stream
Breaks off by itself. The creatures flee from me. 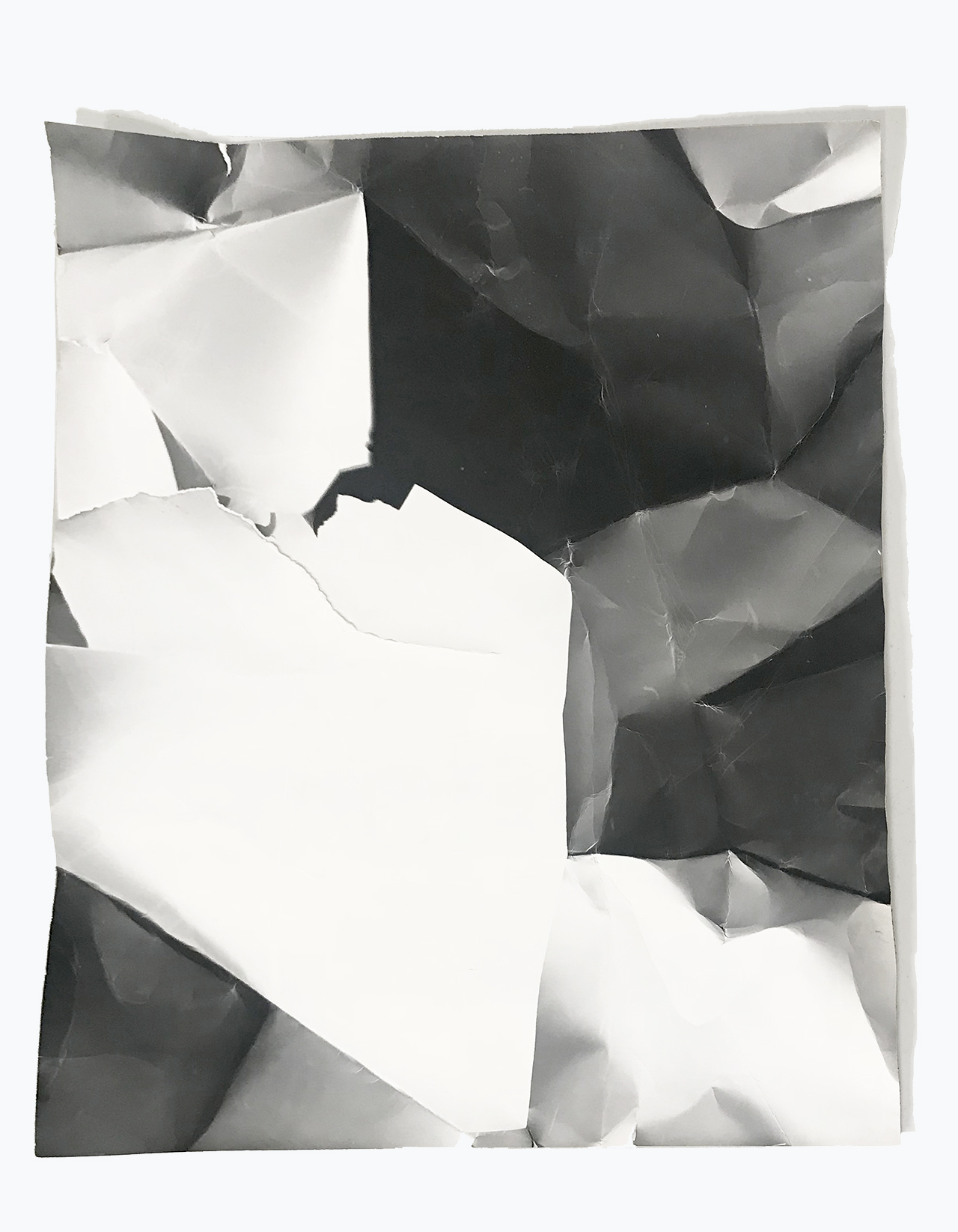 Luminous melancholy. As if the olive
Sheen of these open faces had cast their own nimbus.

And are mocked by, their sated sarcophagi.
Century by barbarous century

How sweetly the incense unfurls from the mummy tombs.
Eros never enters these candlelit chambers,

Yet down the catacombs at Akr Çaar
Echoes the epitaph: “I am thy soul, Nikoptis.”

So delicately the wreaths of gold-leaf dissolve.
Still, it’s thanks to the dryness of the desert

Teach me to see through your dark undazzled eyes:
Tender and sad in the gloom, devoid of illusion.