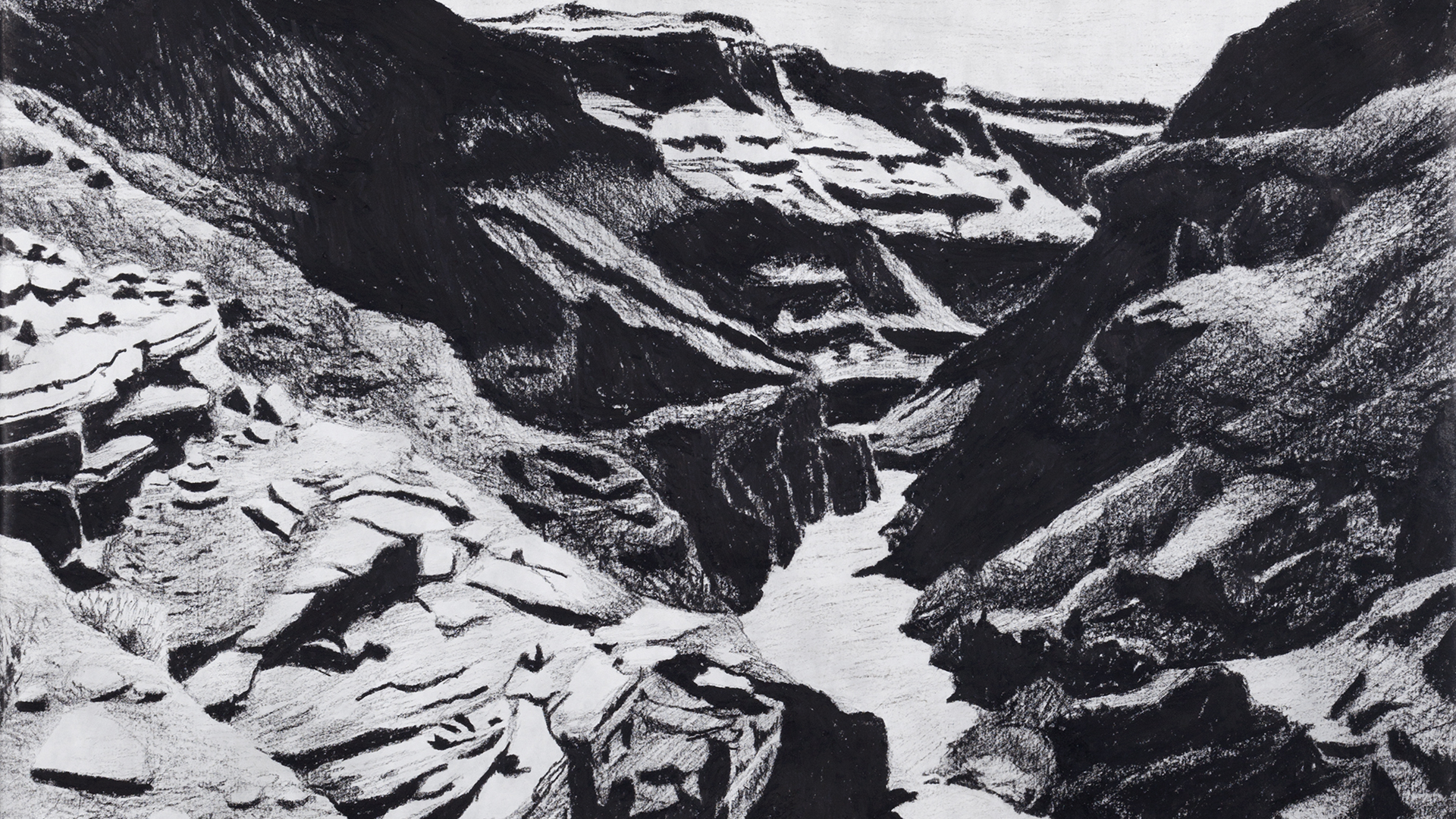 A Speech of One’s Own

The following essay is written as the foreword to Ulirat: Best Contemporary Stories in Translation from the Philippines, to be published by Gaudy Boy Translates in March 2021. A story from the anthology is available here.

There’s no joy like your own tongue—the tongue of your mother, your tongue-ina, as Filipino poet, novelist, and dramatist Eric Gamalinda has ingeniously punned. This anthology leaps out to me with that joy—and it is no conundrum that it does so even in translation, in English.

Because one condition of the Filipino, with our one hundred and fifty tongues on our seven thousand or so islands, is to know that the languages we call our own have shadow-tongues, sister-speeches, alter-egoists on some other island who have equal joy and possessiveness about their words.

We’re used to the way alter-tongues, such as English, mediate our encounters with those sister-speeches.

As a Waray child on vacation in Cebu, clutching my Christmas money, I’d calculate from the mood of the salesgirl at Gaisano which other language to use since she wouldn’t know my own—my funny Cebuano? my stilted Tagalog? my annoying English? I knew if I chose the wrong mediating language she’d hand me the Hello Kitty barrette with the disgust of a sophisticate whose tongue ruled at Colón Street in Cebu.

And if you were in my city Tacloban, and you don’t get the pun in the answer to the Tagalog question, paano nahubog ang Pilipinas?, how was the Philippines shaped (answer: by drinking San Miguel Beer!), you are clearly not Waray. But perhaps you know Tagalog enough to get the explanation—nahubog means shaped in Tagalog but got drunk in Waray.

What I hear in these pages is the fun, high jinks, audacity, ease of mind, voluptuousness, dexterity, confidence, and genius of artists in command of their world.

To be brief, this collection is a classic.

The stories have this sense of powerful license, their worlds embodied in hilarious, outrageous, fantastical, and sobering ways. This is partly because the writers have chosen to make art in their tongue-ina—their mother-tongue.

(The other part is that the editors selected with a great eye for the strangely quotidian so that the familiarity of the stories slaps you in the face.)

And when I say their worlds are embodied, I mean it—these writers speak the body—in all its bawdiness, its frank flesh, its smells, sweat, and saliva.

This is no slight matter because the world of their art is, in many ways, indescribable—it’s hard to summarize the many ways the Philippines is complex.

Linguistically attached to Indonesia and Malaysia, the country, except for indigenous lands and provinces in the Muslim south, remains Catholicism’s irredeemable outpost in Asia. Its abiding love for the Virgin Mary has both medieval and animist tones; its homophobia is gay-loving. Culturally matriarchal, at the same time the country holds the horrific honor of being the only state in the world (apart from the Vatican) that still outlaws divorce. Proud of its history of resistance, it is often blind to the endurance of its most resistant people—the tribal lumad and Islamic south. Site of the first anticolonial revolutions in Asia, the Philippines waged war against empire twice but remains cursed by its multifarious colonial demons—occupied in 1521 first by Spain, in 1898 by the United States (not to mention for twenty months in the 1760s by England and three years during the Second World War by Japan), the Philippines, a republic since 1946, is heir to outrages and angsts and traumas and wounds, both self-inflicted and imperial, as well as two dictatorships and, through the years, the usual fairly basic regimes run merely by oligarchic goons, not to mention the shadow cast by a global corporate order that eats countries like the Philippines alive, and the climate apocalypse that as we speak sits right smack against its flooding, monsoon shores.

The past and present of the Philippines would break a less resistant, less inventive, less stubbornly life-entranced (though as these stories witness, also quite joyfully morbid, and beast-loving, and violently hungry) people. 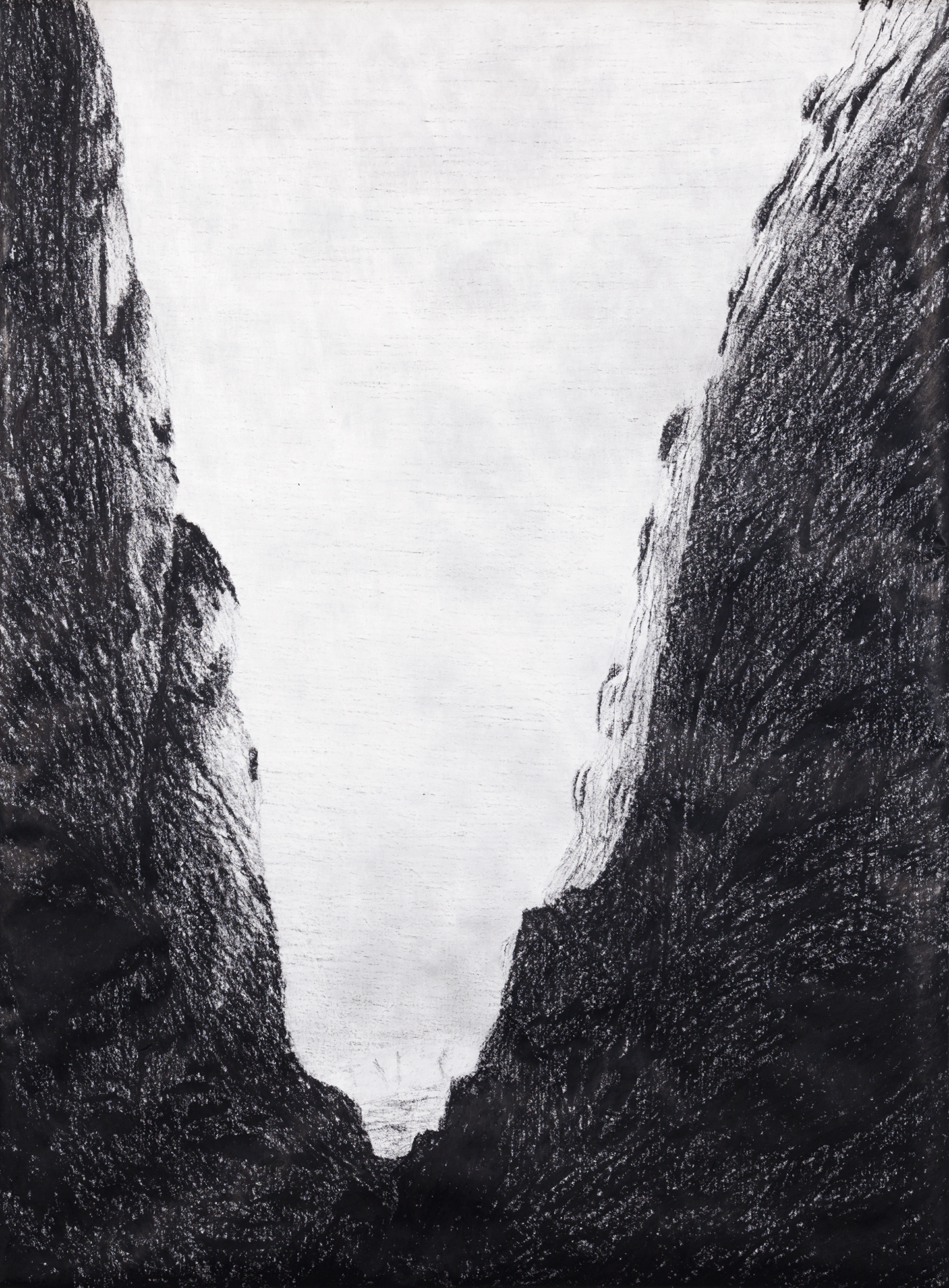 The evidence of Philippine vitality lies precisely in the endurance of its tongues.

After centuries of occupation and violence and rebellion and grievous memory, what we have to show for our survival is our words.

We have long had English and later also Tagalog (Filipino, as this collection calls it) as official languages in schools and government. But despite the sway of colonization, capitalist despotism, multinational encroachment, nationalist projects—we have kept our tongues.

Language, for me, has always been the country’s wonder.

The Philippine languages, of which seven are represented in this anthology, are of the Malayo-Polynesian Austronesian family, but like all vibrant languages, our words have mongrel etymologies—infusions of Sanskrit, flecks of the Arabic, occult and inextricable veins of Chinese (so embedded in the culture we have no other names for certain favorite things except for its word in Fujianese), smatterings of indigenous Mexican from the old Acapulco galleon trade, and, of course, our vocabulary of idiosyncratic, playful, unabashedly appropriated Spanish, which we have owned in our gloriously indifferent way, our English a garnish on top.

And yes, English, too, we appropriate.

There is a Waray word we used to say with great fun as kids, pachis, that’s long puzzled me, for instance. The –ch sound is not really in our alphabet. It often indicates a foreign origin. It was only as I researched the Philippine-American War that I understood. Pachis in Waray is a humorous, childish word for enemy, or betrayer. It comes from America: Apache.

Like Samson with his hair, our strength lies in the languages we have kept for ourselves: our secret weapon against the colonizer, our amulet that grounds us. I argue it’s not regionalism that makes us adamant about being Waray or 12 or Ilocano, regionalism as pathology being a colonizer diagnosis and a tool for division (but yes, our intramural spite can be intense). It’s not that our tongues define us, create our “being.” In fact our languages, so prone to borrowing and puns and play, explode the fallacy of such essentialism.

What attaches us to our group’s speech is that the world seems simply more accurately told, im-mediate, unmediated, when we speak in the tongue we call ours.

Which is a fallacy in itself, but a fantasy useful to contemplate.

Thus, this anthology fills a void that even Filipinos don’t quite know is there: when I read these stories, though yes, they are in translation, I hear a pungent, unmediated world that, even if it exists only in illusion, I miss. 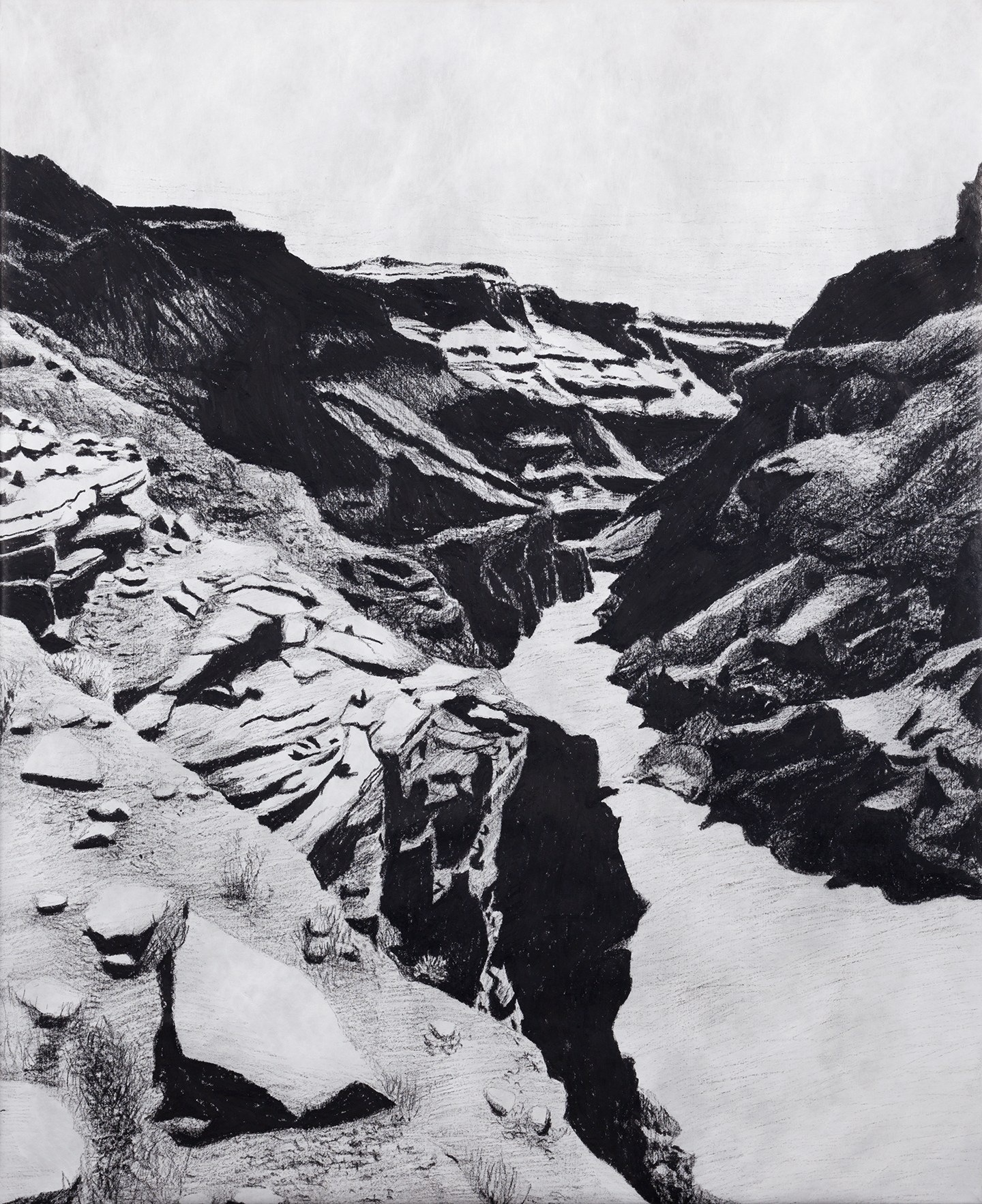 And both of those imaginings are entwined, providing a mirror of a reality hard to explicate.

Because of the hegemony of English—the language of learning—on the islands, this twin imagining in print is a relatively new experience for the Filipino (though IRL it is our daily experience of the world).

That is, this book is not only novel for the rest of the world that this anthology invites.

Of course, this is not to say the artists in this anthology do not speak other tongues, acknowledge their solidarity, enlacement, or mutuality with other tongues, or see other tongues as also theirs, part of their education and linguistic and national patrimony—many of the writers probably speak several of the other languages: Tagalog, English, the various forms of Binisaya.

But the editors of this anthology are entirely correct to say that no other anthology of Philippine literature has similar ambition and scope.

I would add, no other anthology has given me this pleasure: the existential jolt of recognizing ways of seeing my world that I have, in fact, experienced but, despite all my years of reading, have not encountered on the page.

This is an experience hard to explain, but I’ll try.

Because the vitality of our languages is simply a matter of fact to most of us, it is almost invisible as an aspect of our cultural strength and psychological sustenance. We speak our languages, but in general we don’t read them. I grew up reading in English. In addition, our speech’s vitality is hermetic, for the most part: that is, a Waray joke may not translate in Cebuano, and vice versa. So Hiligaynon, which I will decipher through my Waray, would be as hard to read for me as French, which I still decipher through Spanish. And yet what we all share is that Filipinos revel daily in wordplay, and our everyday language is joke-filled, scathing, unfixed, rebellious, and creative, if only to match the predations of our world. For me, this is evident even in the plots and twists of these stories although in some I am only guessing at their linguistic games.

Beset by the Filipino reality of our multiple languages, growing up I’ve had a clear-eyed understanding of our contingent, precarious selves, or even our likely bodily translation into other selves (such as into cats, or mushrooms, or Kafka).

This, too, these stories convey.

Above all, these stories lay bare blunt historical, political, and economic realities that remain, on many levels, unspeakably surreal.

The island I grew up in, Leyte, speaks two different languages—the north is Waray, the south Cebuano. As a child, I instinctively understood my desires’ mutability and strangeness because my neighbor, a fellow Leyteña, but from Maasin, spoke the same desires differently.

It’s likely this is true of many other multilingual cultures—or maybe just the unconscious state of the human that it’s best to keep under a lid.

In any case, this richness of our everyday existential understanding begotten by speech was only ordinary—nothing to write home about.

And certainly in school, learning and writing in English, we did not.

The country’s pragmatic arrangement with English—the way we’ve worn the colonizer’s cape, but keeping our own speech-clothes underneath, tight on our skin—serves many purposes, among them power, convenience, money, nostalgia, idiotic class supremacy, economic rationality, and of course art. I will say, we have a long history of art in English. Philippine Anglophone literature is a solid canon. It is indelibly part of the Filipino self.

Unfortunately, it need not have been a hegemonic one.

As a Filipino who writes in English, I do so without compunction, with no angst or grief; it is my historical condition.

But as a Filipino who dreams in Waray, I have waited too long for Ulirát.

Of course, I have a vested interest in a collection like this. But in my view, so should the world. This anthology of people speaking in their own languages yet claiming a consciousness as a nation is instructive. Ulirát expands the imaginative and geographic boundaries of our narrow art world here in America, but it also gives a glimpse into the possibilities of mutuality, a shared recognition that we all have stakes in each other’s survival, no matter if we cling fiercely to our own tongues.

Gina Apostol's fourth novel, Insurrecto, was named by Publishers' Weekly one of the Ten Best Books of 2018, an Editor's Choice of the NYT, and shortlisted for the Dayton Prize. She lives in New York City and western Massachusetts and grew up in Tacloban, Leyte, in the Philippines. Her essays and stories have appeared in The New York Times, Los Angeles Review of Books, Foreign Policy, Gettysburg Review, Massachusetts Review, and others. She teaches at the Fieldston School in New York City.

Kimo Nelson was born in Honolulu and grew up moving between the US, Southeast Asia, and the Middle East. He received his MFA from the Rhode Island School of Design and was an artist-in-residence at the Sharpe-Walentas Studio Program in Brooklyn, NY. He has exhibited at venues that include Danese/Corey Gallery (NY), 532 Gallery Thomas Jaeckel (NY),Projekt722 (Brooklyn, NY), Disjecta (Portland, OR), and Chase Young Gallery (Boston, MA). Kimo lives and works in Brooklyn, NY.