April, Again: On the Poetics and Politics of MELPOMENE TRAGEDY

It is April 19, 1962 in Seoul, South Korea and Theresa Hak Kyung Cha is eleven years old, and running. She is running to the front door of her house, where her mother is trying to prevent her older brother from participating in a demo, or mass demonstration against Park Chung Hee’s military dictatorship. He has on his school uniform, as all the other students representing their schools in the demonstration… He is prepared to join the student demonstration outside. Are you insane the tutor tells him they are killing any student in uniform. In the streets of Theresa’s Seoul, thousands of students march and sing only to be massacred with tanks. The students have only sneakers and rocks to throw. Theresa’s brother pushes past her and their mother and runs out to the streets. He disappears into the crowd.

Eventually, eleven-year-old Theresa ends up on the streets, too, white with the stinging smoke of relentless grenades. She listens to the crowds of student activists, male and female, arm in arm, shout in unison and walk into the impasse of military police. Their shouts reach a crescendo as they approach nearer to the other side. Cries resisting cries to move forward. Ever concerned with the form and function of the human voice, Theresa describes the ringing shouts of the protestors as oceanic, they are waves, moving as a unified body in mutual destination towards the other against the other.

Theresa points out the Othering amongst fellow Koreans through italics: “[The students] walk into the others who wait in their uniforms”; “they approach nearer to the other side.” Unlike the students, amplifying their voices in synchrony, she describes the state police as obedient machines, spawning yet bloodless. Orders, permission to use force against the students, have been dispatched…the soldiers anonymous they duplicate themselves, multiply in number invincible they execute their role… As if to try to understand whence their coldheartedness comes from Theresa emphasizes the soldiers’ alienation from the most sacred of Korean ties, that of kinship: Further than their home further than their mother father their brother sister further than their children is the execution of their role their given identity further than their own line of blood. Theresa’s brother ends up dying for the cause, along with so many other students. You were heard. Your victory mixed with rain falling from the sky for many days afterwards. I heard that the rain does not erase the blood fallen on the ground… The stone pavement stained where you fell still remains dark. 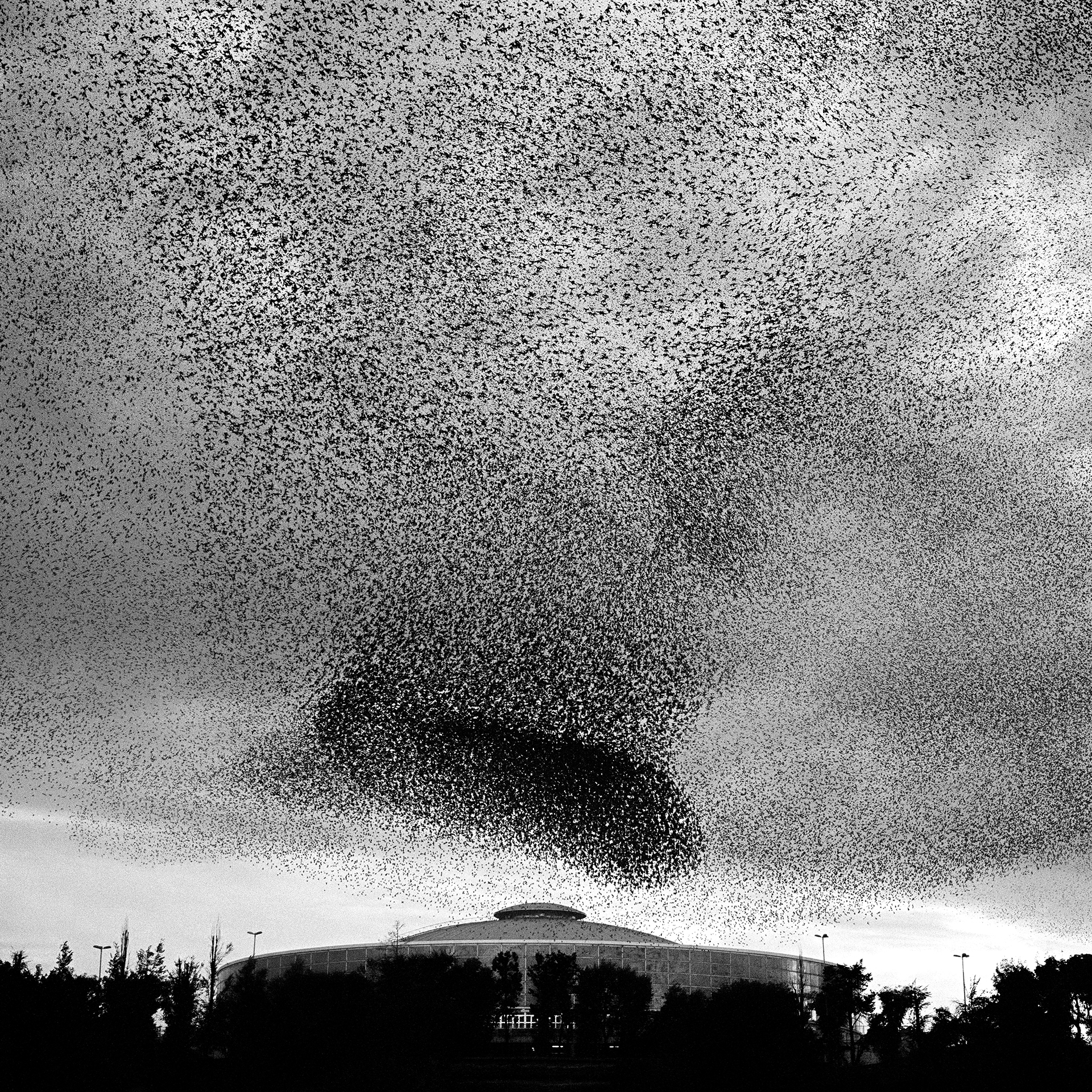 It is her kinship ties with which Theresa begins this section of her groundbreaking 1982 book Dictee. MELPOMENE TRAGEDY begins as a letter to her mother written exactly eighteen years after April 19, 1962, on April 19, 1980, from Seoul. From the very first line of the letter, the date, Theresa invokes the cyclicity of history. In Korean history, 4.19 refers to April 19, 1960—the day of the April Revolution, when thousands of students led an uprising against the country’s first president, the dictator Syngman Rhee. As Kelly Y. Jeong writes, by writing 1962, rather than 1960, perhaps she is deliberately misremembering history, or referring to another student protest that was staged in commemoration of the April Revolution. The second line: Nothing has changed, we are at a standstill. History keeps repeating itself, and so fails to move forward.

By invoking 6.25, the date the Korean War began, immediately afterward, Theresa juxtaposes her mother’s experience of displacement with her own. Fleeing Japanese colonization, her mother had lived in exile in Manchuria for thirty-six years, and at the end of the Second World War, finally returned with the hopes that your country would be your own. But only five years after Liberation, the country was torn asunder once more, as the Korean War began with the assistance of two Western empires.

Upon her return from the US in 1980, Theresa finds that like her mother, she can’t find the home she’s looking for. Our destination is fixed on the perpetual motion of search. Fixed in its perpetual exile. Ongoing oppression keeps mother and daughter in perpetual displacement, perpetually exiled from their desired destination of a freed homeland. Eighteen years after the April Revolution, the Korean War is still unended and the peninsula still divided by imaginary borders and un imaginable boundaries. We fight the same war. We are inside the same struggle seeking the same destination. We are severed in Two by an abstract enemy an invisible enemy under the title of liberators who have conveniently named the severance, Civil War. Cold War. Stalemate.

As she walks the same street where so many students had sacrificed their lives almost two decades ago, Theresa finds that although the street is now rubble, it is still surveilled by soldiers serving yet another dictator: president Park Chung Hee, who seized power in a coup after Rhee was forced to resign. Theresa watches this new generation of soldiers and channels them using the second person. You stand on your tanks your legs spread apart how many degrees exactly your hand on your rifle… you are your nation defending your country from subversive infiltration from your own countrymen. The bombs that her mother had described as having insect-like metallic backs that fell during the Korean War have turned into the Insect that eats its own mate.

Park’s dictatorship continues the division of Korean people against each other via the same militant anti-communism established by the first American occupation (1945–8). When Theresa wrote this letter, she was visiting Seoul to make her first feature film, white dust from mongolia, with her younger brother James. However, the two never finished the film, pressured to return to New York after being harassed by state officials who thought they might be North Korean spies. If history recycles oppression, what to make of time? [Y]ou want to kill the time that is oppression itself.

It is at this point in the letter that Theresa’s writing breaks from narrative prose and scatters into fragmented incantation. Theresa repeatedly invokes a SHE that reads like the personification of her sundered motherland: SHE opposes HER. SHE against her… Suffice that should be nation against nation suffice that should have been divided into two which once was whole… She then invokes the Muse of tragedy in concert with Demeter, the goddess of agriculture and cultivation, and Sibyl, the prophetess. Suffice Melpomene. Nation against nation multiplied nations against themselves. Own. Repels her rejects her expels her from her own. Her own is, in, of, through, all others, hers. Her own who is offspring and mother, Demeter and Sibyl.

Repeating the verb “suffice,” Theresa seems to insist on an ontology unconstrained by false boundaries: Her own is, in, of, through, all others, hers. Such a grammar rejects empire’s “labyrinth of deceptions” and invokes feminist sovereignty across historical and mythological time. This culminates, in the final paragraph, in an explosive cry linking the loss of the Korean people’s sovereignty with the violence of language itself. Arrest the machine that purports to employ democracy but rather causes the successive refraction of her none other than her own. Suffice Melpomene, to exorcize from this mouth the name the words the memory of severance through this act by this very act to utter one, Her once, Her to utter at once, She without the separate act of uttering.

Part letter, part testimony, and part incantation, this hybrid text confuses dates and collapses time against the tragedy of history without change. This history continues today, as South Korea’s newly elected president rebukes feminism and plans to increase militarism on the peninsula. Move.

Julie Moon is a Korean writer, translator, and teacher. A graduate of Columbia University's MFA in nonfiction writing and literary translation, she has work in Public Books, Arkansas International, the Missouri Review, Catapult, and more. Her debut essay collection, Mouth Garden, was a semifinalist in the 2021 Essay Press Book Contest.