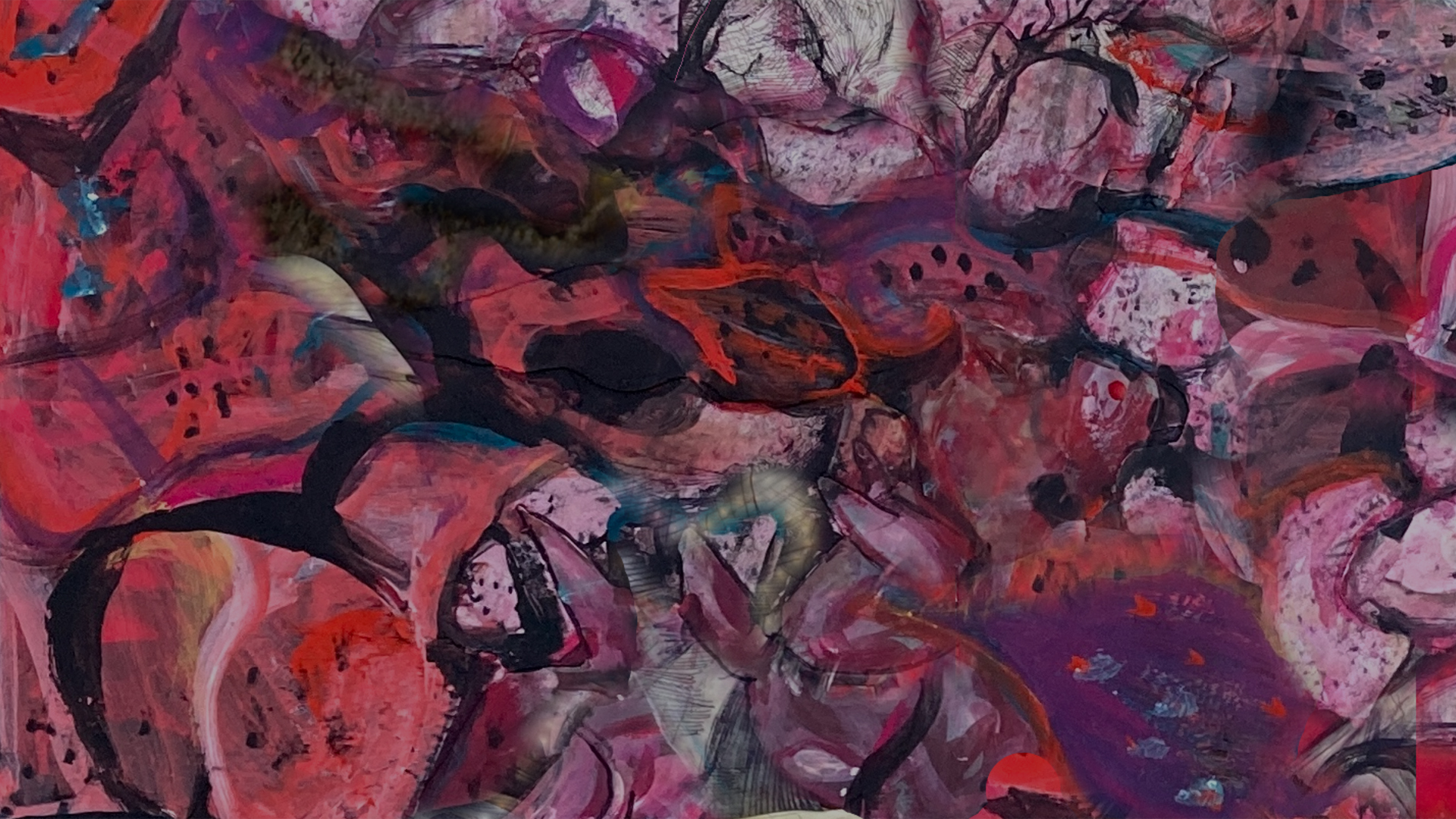 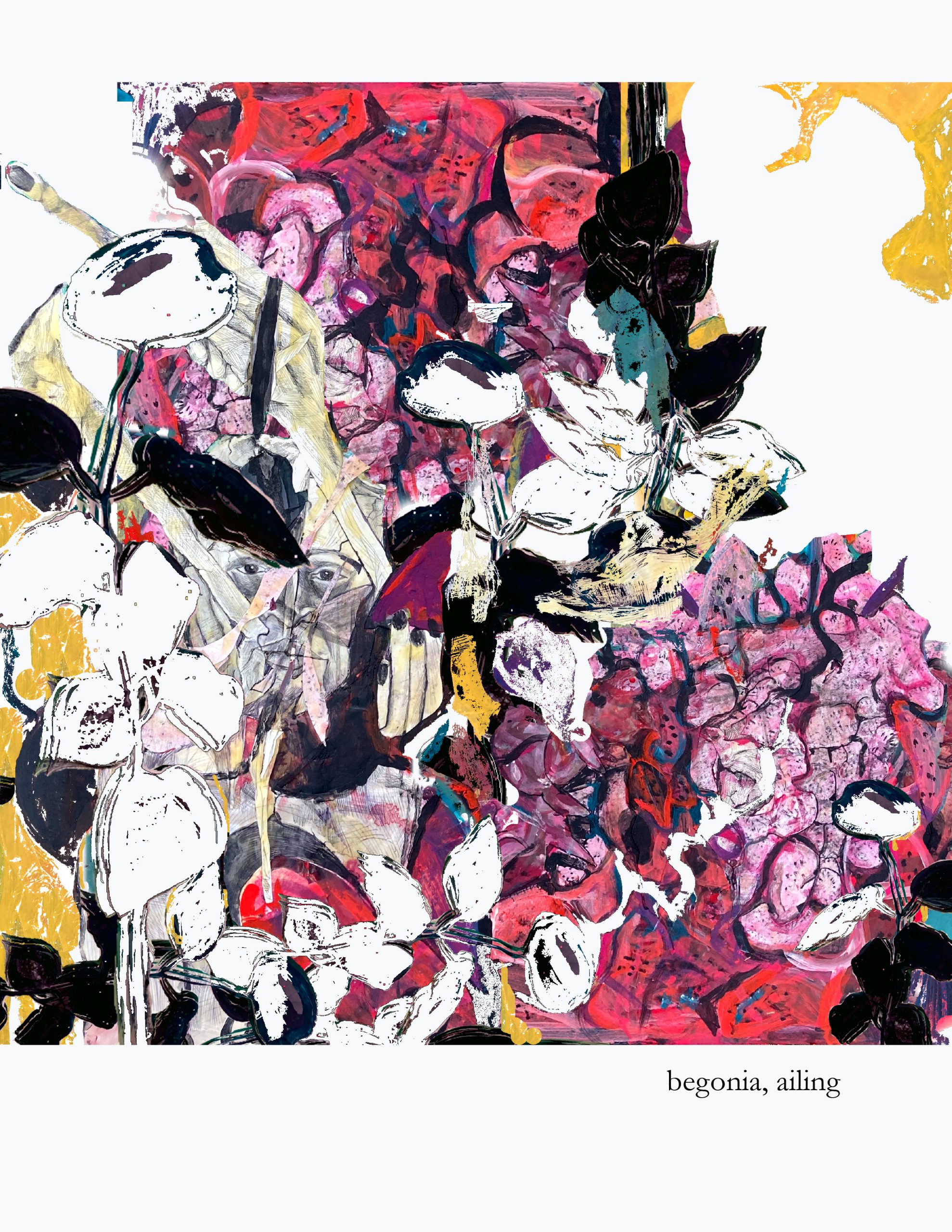 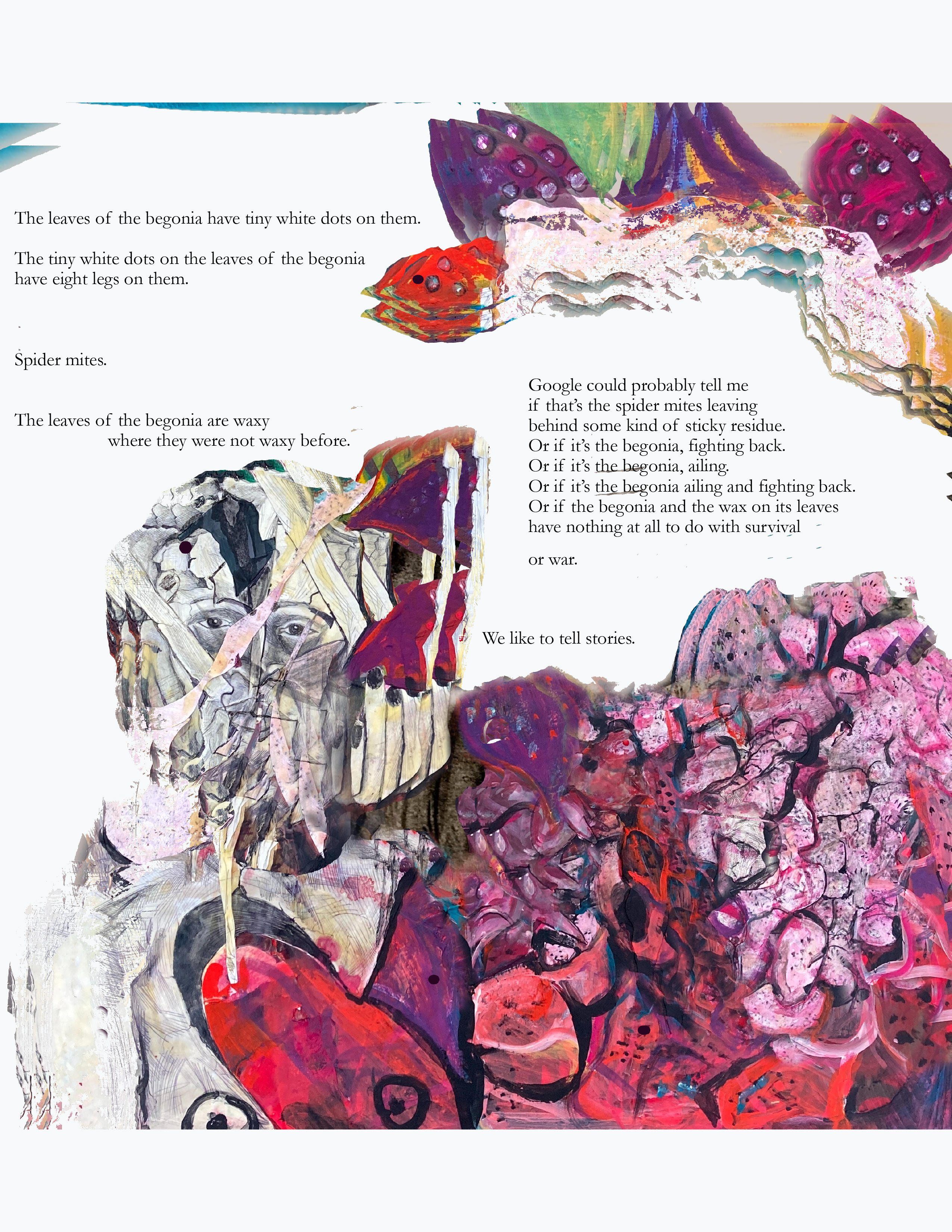 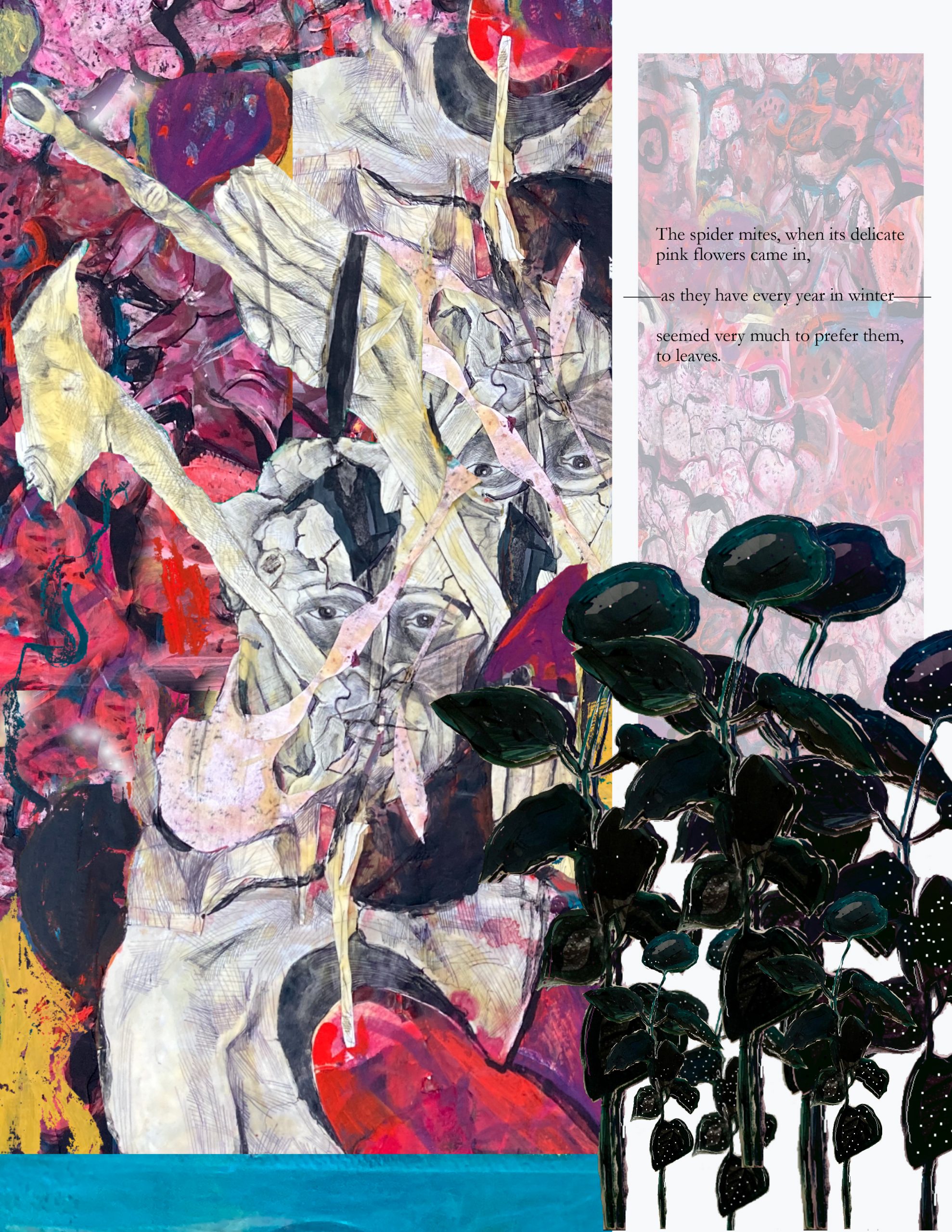 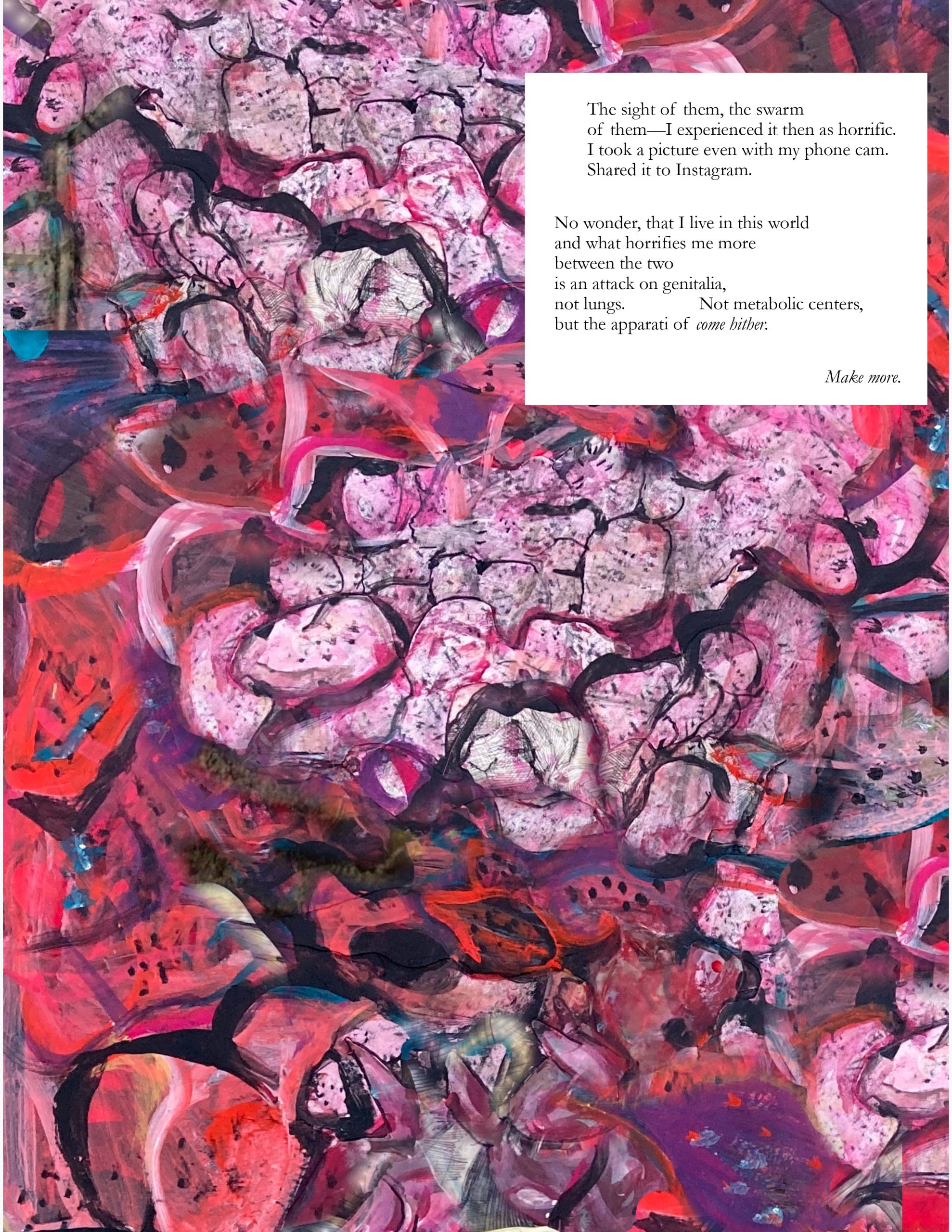 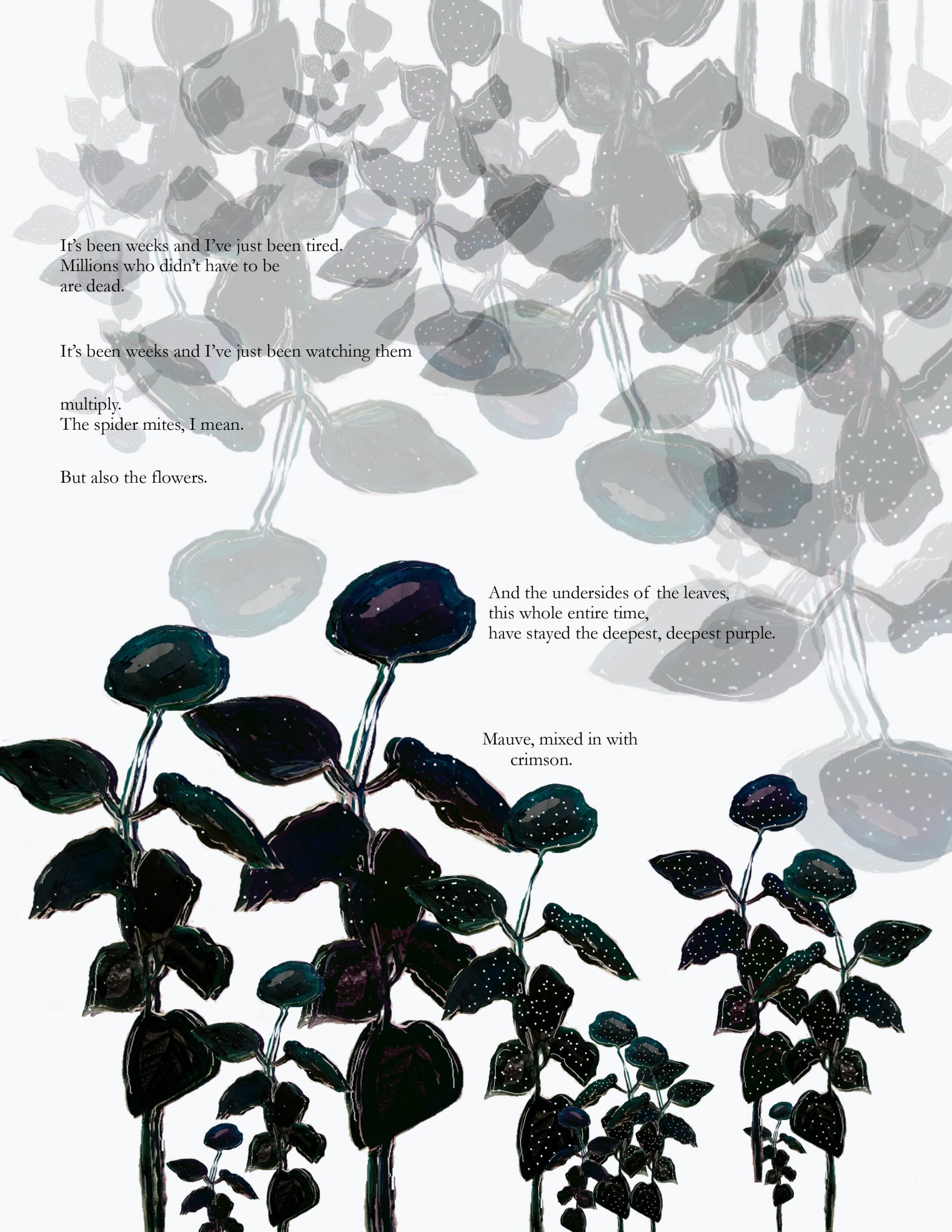 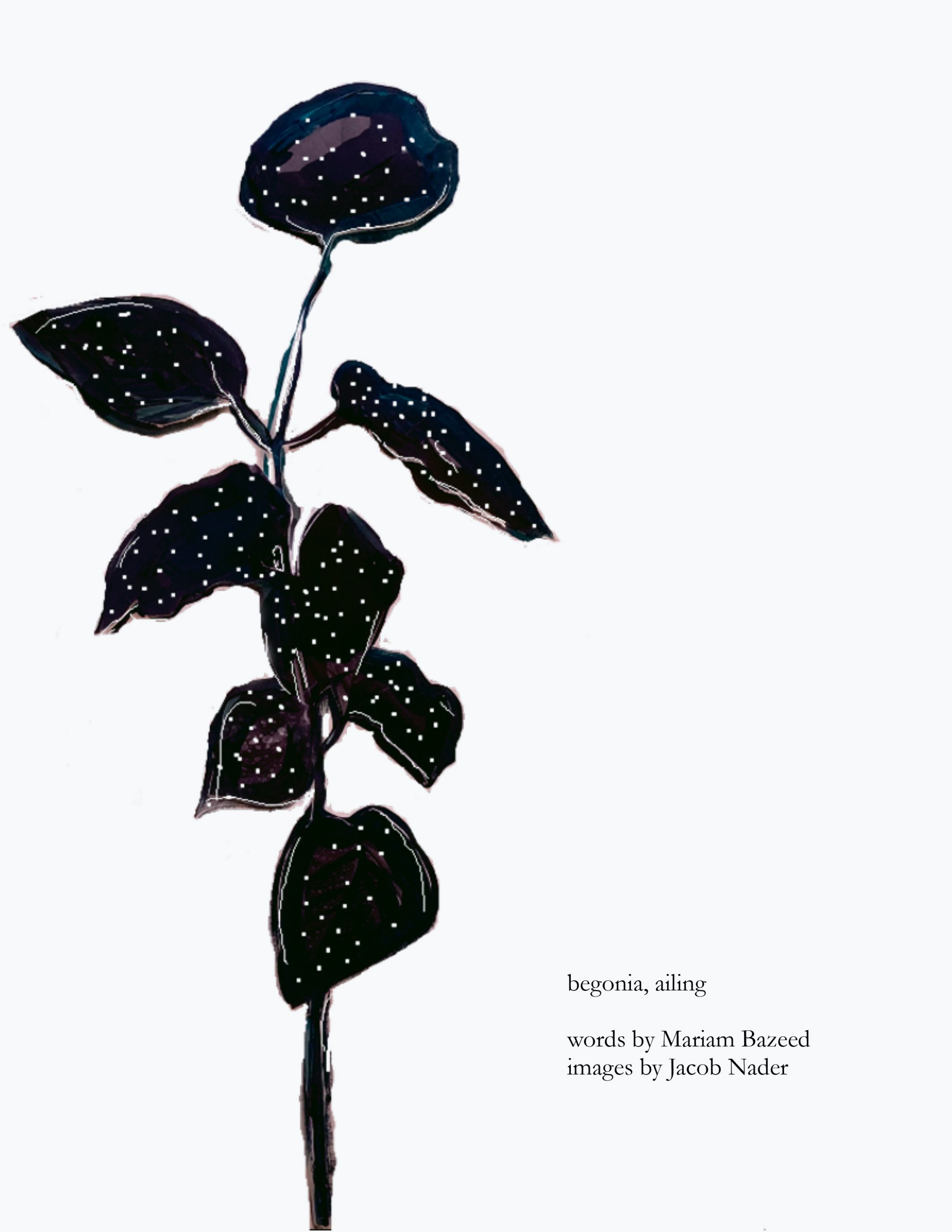 Mariam Bazeed is a multi–award winning Egyptian immigrant, poet, playwright, performance artist, stage actor, editor, educator, curator, and cook, living in Brooklyn. An alliteration-leaning writer of prose, poetry, plays, and pantry lists, their work across genres is published in print and online, and their plays have been performed in festivals on both sides of the Atlantic. Their first play, peace camp org, an autobiographical, queer, anti-Zionist musical(ish) comedy about summer camp, is published by Oberon Books, UK, and won the Dramatists Guild’s Lanford Wilson Award for creative promise in 2021. Mariam is currently at work on their third full-length play, faggy faafi Cairo boy, and on their debut novel, The Boy Made of Air. To procrastinate from facing the blank page, Mariam curates and runs a monthly(ish) world-music salon and open mic in Brooklyn, and is a slow student of Arabic music.

Jacob Nader is a visual artist and one-time novelist who holds an MFA in sculpture. He wrote his first book, A Lantern in the Shade, in just a few short weeks while living in the SWANA region—but the story languished in his head for umpteen years before. Jacob has collaborated internationally as an artist-in-residence with HANGAR Center of Artistic Research and La Escuela de Diseño de Altos de Chavón. His drawings have often been described as “idiosyncratic” and he still can’t decide if that’s a compliment or total dis. He continues to make them anyhow.