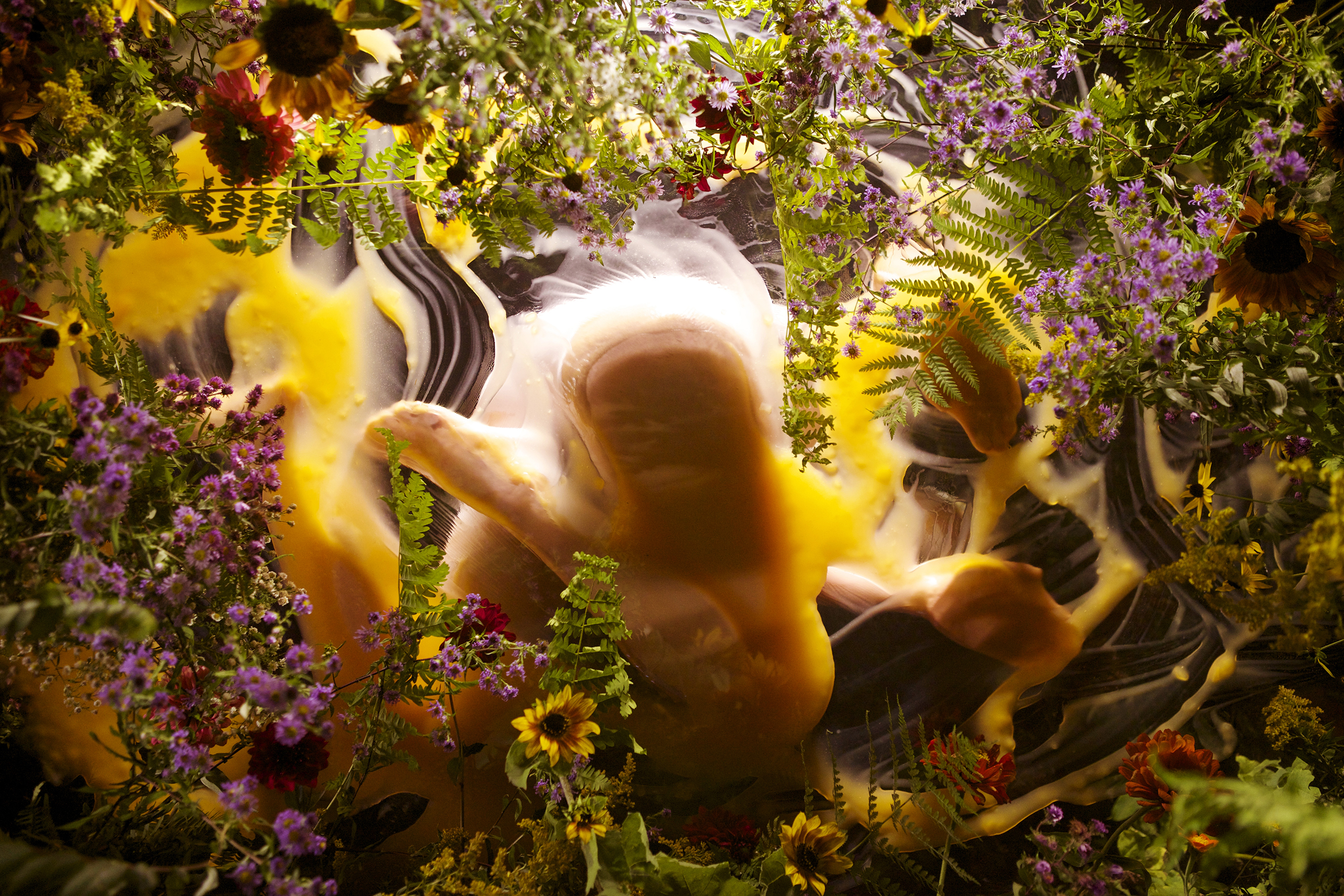 The portrait on the lawn, late in the afternoon—our decorum at four o’clock, or our comportment at five—hides a certain item, and ruins another, near the porch wall. The color is rather dull—a family is sometimes mistaken for a frailty of the air—and blurred entirely in the upper corner, left, which would otherwise introduce no fewer than ten pickets, if memory serves, and a length of black twine. As for the flowers: dog’s-tooth violet is actually a species of lily, collapsing in the lower corner, right, adjacent to a trinket of some sort, a metal remnant—just an object lately dropped, I should think, or poorly buried. Capitulum explains the radius—the head diminished, in this case, rather than severed—but it also describes the bone, or a portion thereof: an artifact, perhaps, within a dolmen, from the days when limbs were arranged as stakes around graves. 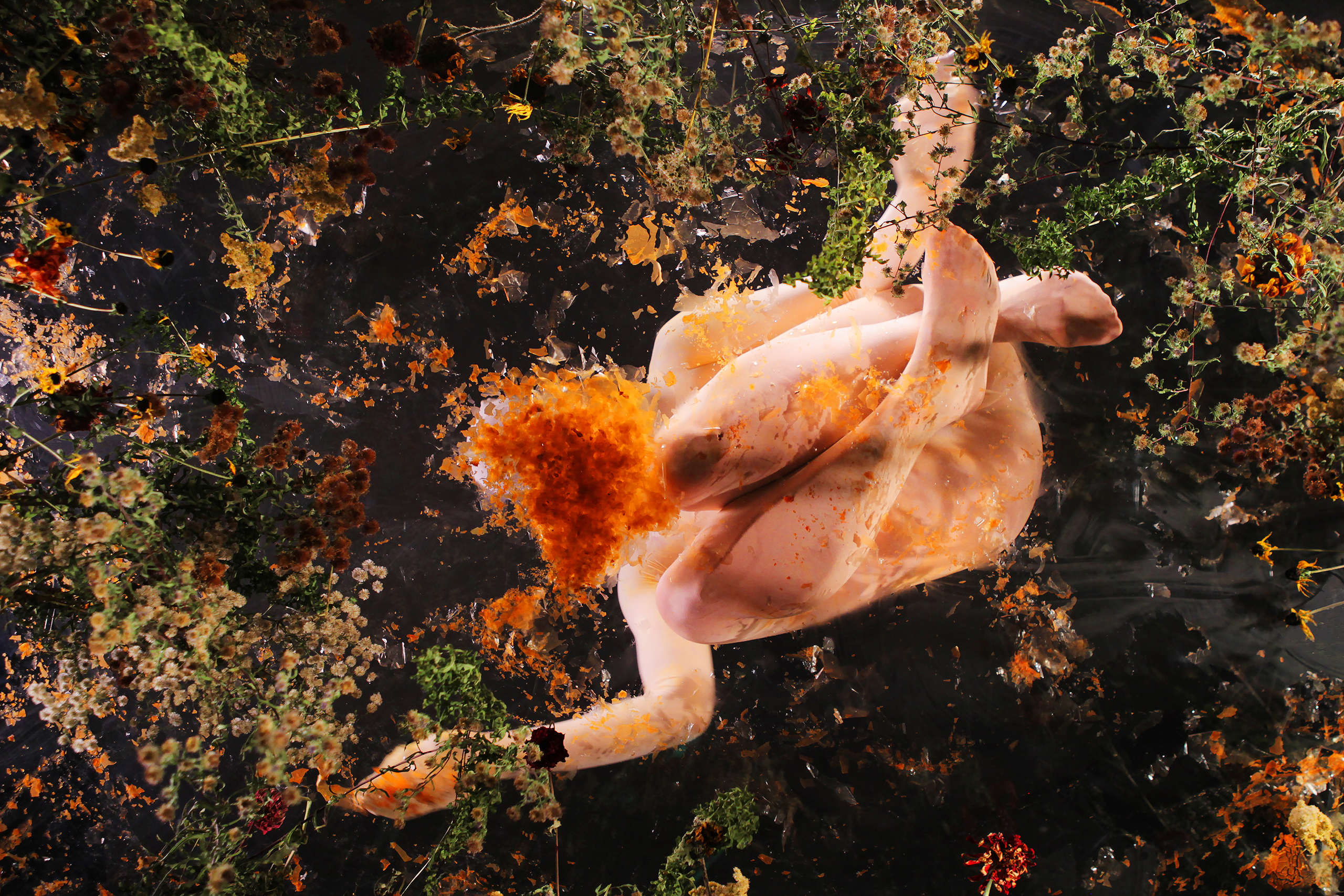 The mother in a calotype, hidden behind a curtain or a screen: she provides a tiny remedy, you might say, contriving to still the infant or—as here—to terrify him. The subject—given the limitations of the frame, not to mention the arrival of the lions—may nevertheless appear to us a cabbage, for instance, or a rabbit, a quite decrepit specimen at that, en route to the stockpot for luncheon, one imagines, a few of its larger bones thrown out to the schnauzers. The mother in a tintype, hidden behind a patterned blanket: her form, its outline, is best remembered as a map, the northern portion—from which issues a narrow rope—ablaze in several places. No doubt the child opens his eyes, presently, to find himself once again in an empty room—standing at the wrong door, at the wrong hour—captured in a rueful attitude, his hands obscured by two fragments of glass.

The portrait on the lawn, late in the afternoon: we need not detail the least impeccable features of the sleeve—my sister’s costume: now altogether lost—though I do retain, I am afraid, a certain affection for the contours of one particular flaw. The aunts, as you will have gathered, are absent from the photograph, such that we might subtract three hats—far left—and forgo an explanation of the malady, often thought inconsequential, at any rate, and perhaps better termed an infirmity, if not simply a complaint of sorts, or merely a spell. The border—upper corner, right—decapitates the lamppost, thereby depriving us of a brass pike: an ornamental measure, yes, or a slight disfigurement—and likely an imposition for the crows. The scene may achieve a modest success—trees; grass; dirt—but how foolish it is, even so, to inquire as to the character of the insects—their size or their variety—travelling hither and yon, just below the bottom of the frame.

We return, then, to the edge of the image: scratches at the margin, in fact, and a stain in the form of an exclamation point—now resembling, after all, a stick-figure fallen down, its limbs dwindled or shorn. Whereas a portrait in a Victorian house: superstition may explain the curious spaces—each of these, you see, the size of a child. While schoolroom portraits exhibit a false child, so-called, who stands in place of this boy or that: at home in his sickbed, for instance, or in repose beneath the hedgerow. Corpse portraits—rectangular or circular, rather than square—paint the eyelids a bright white, reviving the child in swaddling clothes or—neatly seated among his siblings, on the parlor chaise—in a velvet suit. When the eyes are worn away entirely, however, over time, one is reminded of those ancient grotesques, stoned on the roadside—ten across, in the storybooks—their faces having been erased by the wind.


A portrait from the seventeenth century—as here—provides no account of the culprit, necessarily, though it does indicate the victim—neither a fine likeness nor one most atrocious—with a faint mark above each shoulder. A half-moon is a guillotine, true, but also a handsome clasp, usually silver, and sometimes akin to a common hook-and-eye design: altogether proper, then, but insufficient, at least on this occasion, to affix the collar at the throat. An example from the eighteenth century—later subject to the infelicities of a boning knife—arrays the family against a red wall, beside a lattice window: six panes and a scheme of birds—not easily mistaken, this, for a diagram of children dying. In 1953 or 1954, wintertime: the reflection devises a second child every afternoon—you may note the placement of the portrait, of course, and the height of the blinds—while certain of the garments grow new parts in the dark.

And so the collar becomes a vulture, say—or some beast even less agreeable—after the fashion of those so-called ghost photographs, wherein the gentleman, as a matter of ordinary courtesy, removes his head rather than his hat. Cabinet cards—Gertrude, in a three-quarter view; Blanche, half-length—decorate the front room or the hallway, bent and cut, the scraps having become, soon enough, excellent little instruments for stifling a scream. Miniature issues from minium or, more precisely, a red pigment of the sort that inhabits the alphabet: medieval ornament, if you please—the vines always strangle the letter Y—darkening the parchment, goatskin and otherwise. Miniature portraits, however, collected and displayed by the Victorian mourner, offer no consolation at table, where they might be confused with—among other such items, furnished as the first course—dishes of tainted sprats.

The portrait on the lawn, late in the afternoon: we face east, it would seem, which surely explains the wrought-iron chair—toppled: lower corner, left—if not the hammer in the background, its handle painted a familiar shade of blue. Or, indeed, green, while the columns—quite an unpleasant effect, yes—appear to bleed: the imprudent activity of a shadow, you might assume, or merely the encroachment of sunlight—though, in fact, it is already beginning to rain. The glass, split, makes a polite design, absent the knife—or a smaller article, likely something of Mother’s—hidden, as it is, behind a simple figure, a rectangular form: just another color—brown—at the center of the frame. That is to say: the garment, its outline, suggests a narrow house—a gentleman wears his casket poorly or well, as the old expression goes—and certain patterns, in any case, resemble worms and dirt.

Jason Schwartz was born in New York and lives in Florida. The author of John the Posthumous (OR Books, 2013) and A German Picturesque (Knopf, 1998), his work has appeared in American Letters & Commentary, Antioch Review, Conjunctions, New York Tyrant, The Quarterly, StoryQuarterly, Unsaid, and other publications.

Rebecca Weisman is a US-based conceptual artist working at the intersection of moving image and sculpture. Her work explores memory, reenactment, and the real, as well as the body and its messy relationship to the unconscious. She has twenty years of experience producing time-based installations and films in unlikely locations as well as for more traditional gallery settings. She has shown work nationally and internationally, published articles on art and philosophy, and taught courses in video art, installation, and conceptual art. She holds a BA from Reed College and an MFA from Goddard College. She lives and works in Vermont.