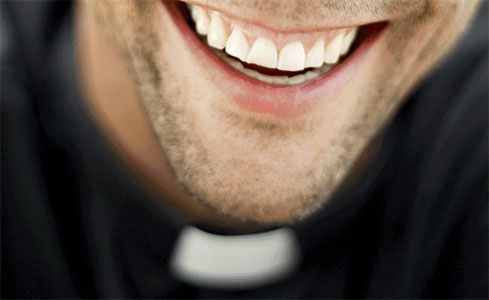 My best friend was raped by a Catholic priest. Not just once, but repeatedly, over the course of several satanic years.

It had happened years before, when he and his unwed mother still lived in rural Ohio, before the two of them moved to our little Irish neighborhood in Cleveland. I remember with vivid clarity the day, the exact moment, he told me. We were twelve then, sitting next to each other on a park bench, sneaking hits from stolen smokes, just after a heated pick-up game. I remember Danny was still sweating. I remember the sweat the most because, as his chilling words of past demons rumbled forth, the beads of perspiration dripped slowly from the top of his pale forehead and the uneven edges of his sandy blonde hair.

Danny told me everything, at least everything that his mind foolishly failed to forget, to fugue out… I won’t repeat the details. They still haunt me enough…

After he was done, I vowed retribution. Tell me! Tell me the motherfucker’s name! I screamed. I swear to you, Danny, I’ll fucking kill him! But Danny never told me the priest’s name. He’s still probably out there, somewhere. With his fancy albs and dark collar, sitting on his fucking ass in the rectory his blind congregation paid for. Saying Mass in the mornings. And unzipping children’s pants in the afternoon.

No, Danny and I never got even. Secretly, I still yearned for revenge.

After Danny told me about what he had endured, I stopped going to Church. At the age of twelve, I said fuck it. I was done with that racket. Fuck the angels and saints. Fuck the Virgin Mary and her polluted womb. Fuck that dead Jew who supposedly rose from a tomb. But most of all, fuck God. Fuck him to hell and back!

No more Mass. All those people, the “shepherd’s” penitent little flock, all huddled together sheepishly. I couldn’t stand it. But, deep down, I wasn’t certain whether I hated or envied them, those people who found so much salvation in religion. I’d never admit it to anyone but, sometimes when I was all alone, I wished I were them. I wished I knew what it was like to gaze up at a dead stranger on the cross, or sit comfortably in a mosque or synagogue, and feel saved. I knew I’d never feel that way. Salvation just wasn’t for me.

So I decided right then that I’d never confess my sins to some creep in a collar. And when I grew older, I just talked to my bottles, doing my own penance, if necessary, on the street, the same place where I did my dirt.

Lord, I am not worthy to receive you but only say the words and I shall be healed… No, motherfucker, you got it all wrong. You’re not worthy for me. To hell with your religion!

I turned my back to the Cross, and I walked away for good.

And yet, neither Danny nor I could ever truly escape the clutches of religion. It ran so very deep, inveterately, inexorably, in our Celtic bones. It was so much a part of our homes, the neighborhood… And Danny had his past, a secret which now stained me too.

We both looked for solace, for salvation, in different ways. Danny kept his nose in a book, studied hard, and graduated at the top of our high school class. He earned a full ride to Notre Dame.

Me, I fell in love with poetry. I still cried out to the godless heavens, but I now prayed to Plath, d.a. levy, Jack Micheline, Bukowski, and so many others like them. Jim Carroll became my savior. I found a truth, both dulcet and damning, in his writing and songs. “Catholic Boy” changed my life. I formed a tacit kinship with its maker.

And they can't touch me now
I got every sacrament behind me
I got baptism, I got penance…

I'm a Catholic boy
Redeemed through pain
Not through joy

When they cut me loose,
The time had served me well
I made allies in heaven,
Made comrades in hell…

Carroll gave me what has always been most elusive: he gave me hope. On nights I’d let him preach to me, taking it all in from my dingy apartment-basilica on the city’s west side. The softly sung sermon would roll forth from my speaker and, I’d just drift away…

Nearly seven years passed before I again entered a church. I was in the middle of my freshman year in college. It was a cold and rainy November afternoon in Ohio, and I felt so alone. So uncontrollably and unbearably alone.

I was drunk, had just left the bar and was walking home. I passed St Colman’s on the deserted street, and something seemed to call me in. I entered the old church. It was dark and empty, but the organ was playing. Just me and the organist, I really started to like his music.

My brown leather jacket reeked of smoke, my bohemian clothes of booze. My ears were pierced, and my hair overgrown. But it didn’t matter. Nothing mattered anymore.

With dark teary eyes, I stared up at that stranger on the cross and for once I didn’t feel sick. For once, I felt a friend. I wasn’t angry anymore. Call it an “epiphany,” call it an “awakening,” or “rebirth,” or whatever the hell you want. All I know is that, suddenly, I finally realized this:

No matter what I did, where I went- my childhood, Christ on the cross, Danny, this religion, all of it- it was something I would never be able to forget. It was a part of me.