Art by Richard Barnes
Other images courtesy of the author 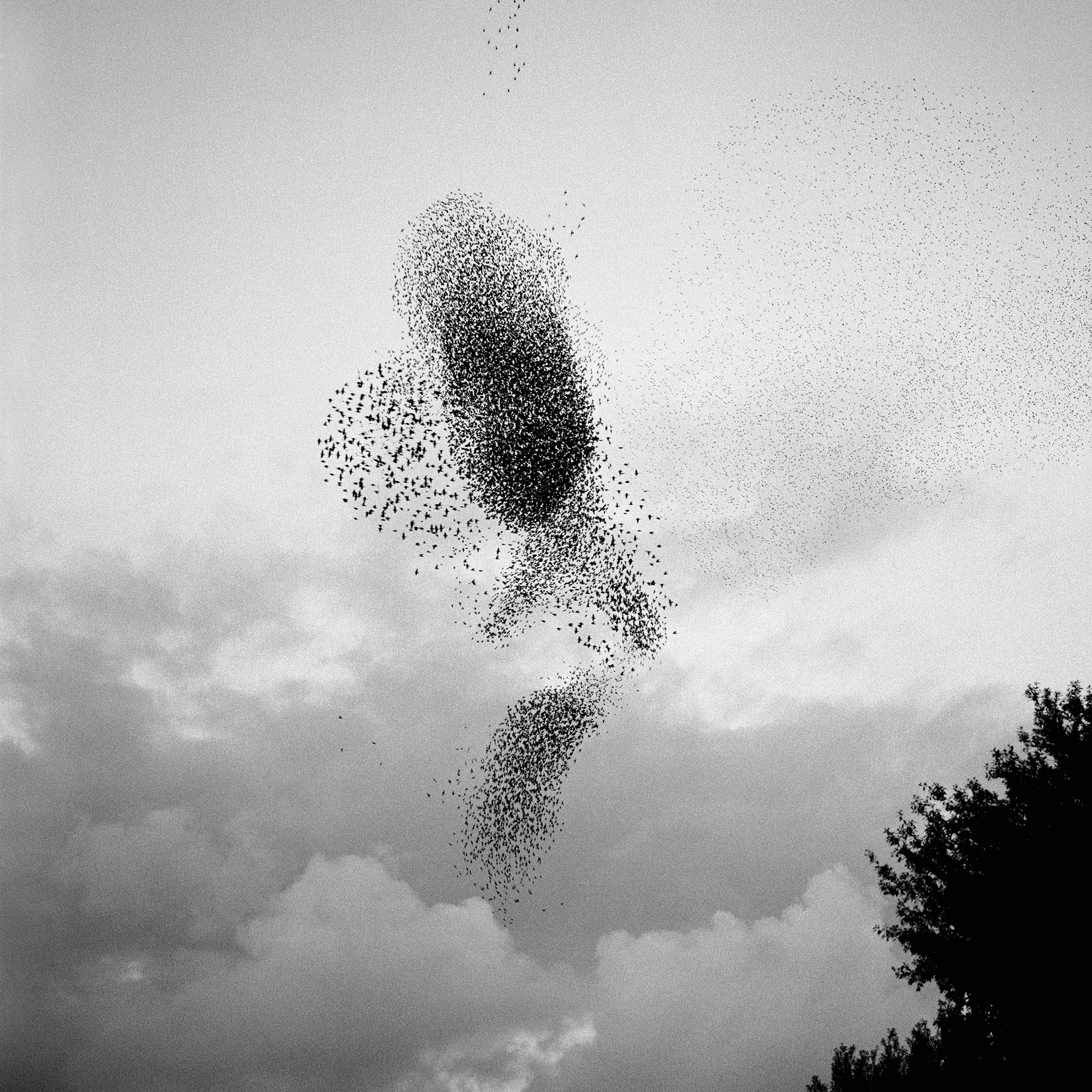 Dead time. Hollow depression interred invalid
to resurgence, resistant to memory. Waits. Apel.
Apellation. Excavation. Let the one who is
diseuse. Diseuse de bonne aventure. Let her call
forth. Let her break open the spell cast upon time
upon time again and again. With her voice,

The poet Lynn Emanuel suggested that I read Dictee in 1997, fifteen years after its initial publication by Tanam Press. I was living alone in Pittsburgh and shuttling aboard the 71C between Shadyside and the Cathedral of Learning’s fifth floor. In Lynn’s graduate workshop, I had begun to sign “Jennifer Kwon Dobbs” on my peer feedback letters. I no longer wanted to pass as a white woman on the page, but to my adoptee ear, plugged with US English, my Korean name Young Mee felt like a broken gesture vulnerable to white ridicule: an Asian woman in her early twenties pointing at her flat chest announcing “Me young. Young Mee.” Kwon had no English-language cognate. Kwon felt abstract, had weight and assonance beside Dobbs.

Yet after reuniting with my omma and appa in 2011, following a thirteen-year transnational search for my Korean family, I learned that social workers randomly selected names like Kim “Better Luck” or Yoon “Lost Twig” as a bureaucratic step to request an orphan visa.

Kwon marked the subject for removal.

Reading Dictee, I have always been struck by how you approach language as a re-mark that cuts into a surface at the moment of utterance. The apparatus of the mouth, tongue, and jaw. The flipbooks of eyes blinking. The frontispiece. A photocopy of coal miners’ messages carved into the colonizer’s darkness—gohyang eh gagoshipda, baegopa, bogoshipa omoni—scratches that a non-Korean reading audience may take as marked evidence of the image copied from the image copied from the image copied again and again pressed against the machine’s glass. I am surely approximating, Cha Seonsaengnim, while I respond to your writing with the weight of my body—a document that bears little resemblance to yours.

Kwon as a marking, as a laceration of the page, a severance to distinguish the Republic of Korea from a material to be re-marked, to be marked, to again in utterance be at removal.

Kwon marks the audience at a removal. 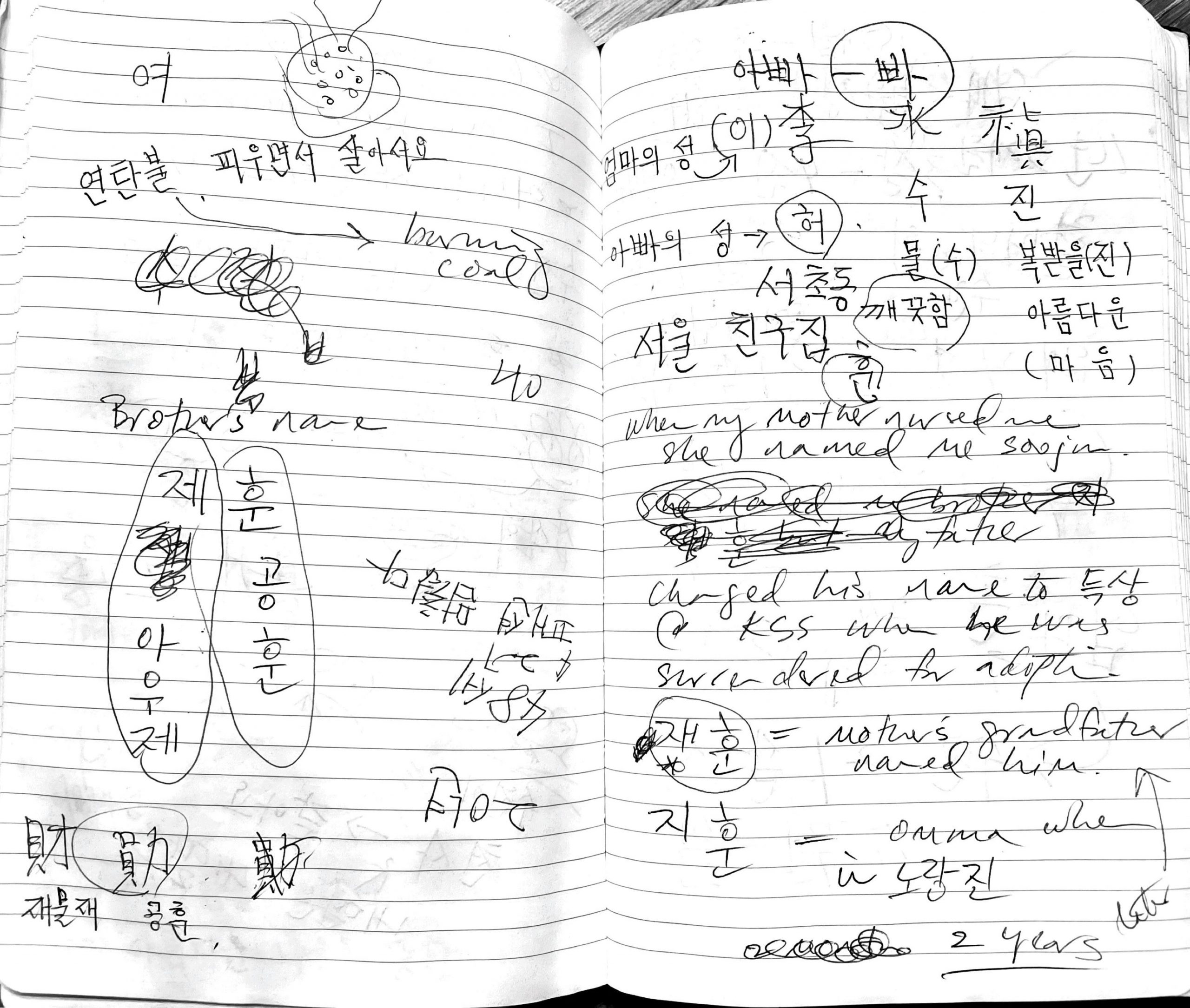 In your NEA grant application’s summary of work, you write you’re “looking for the roots of the language before it is born on the tip of the tongue.”

I read Dictee with irritation. My gums bleed.

Cathy Park Hong writes, “The critic, schooled in the post-structural pieties of separating text from author, has been careful to emphasize that Dictee is a rejection of autobiography, a manuscript of missives washed up on the shore for her dissection.”

Like Park Hong, I’m disturbed by your body’s absence in the literature about your art and understand this disembodiment as a process of canonization.

Yet the saints who you illuminate gave their bodies to revolution:

She who is without nation, without ancestry. Re-marked, always at removal, not born on the tips of the people’s tongues who have nation who have ancestry.

A death who is not dead.

How to call her forth inside of time? 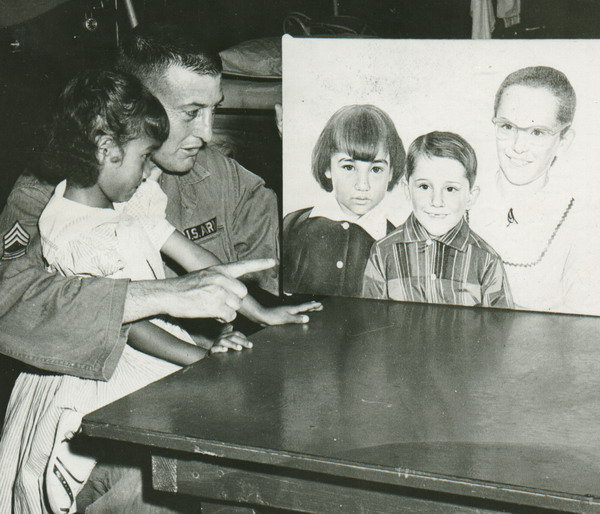 I confess I misread diseuse as disuse and am ashamed of my limbs, my grunts and groans, translation apps, my novice and intermediate, this circuit board firing up strange operations:

With a vocal range of four notes, Yvette Guilbert was determined to become a singer. Born in Paris in 1865 to a father who gambled away all that he earned, she worked alongside her mother doing millinery and beadwork. Singing in the Moulin Rouge’s café-concerts scene promised more money, but she was dismayed by the coarseness and vulgarities expected of the performers to titillate the drunken crowds.

Across the cabaret’s smoky plumage, a monochrome image resolves not to move. Diseuse.

Yvette enters the stage, sings her first song, and is promptly forced to leave as the audience heckles her mercilessly. Trying to come back on, the howls of disapproval are so intense they have to lower the curtain. She leaves after five days into her ten-day engagement; the audience refuses to hear her, and roars with dismay the moment she steps onstage.

The waitress arrives to take my order. My face resembles a younger sister, but when I speak, metal grinds metal. Because she remembers living in an occupied country, she trusts her ears to detect an intrusion. She sees. She hears:

To a white person watching, the waitress is correcting me, but they are wrong. This is an intimacy: her lips pummel each syllable yu-kae-jang yu-kae-jang, her tongue a mallet against a cymbal, to clear the offending air between us. I refuse to disappear: “My omma lives in Daegu, and my appa lives in Seoul. It’s not my fault that my parents are divorced, ajumoni.” She whispers ajumoni taking it into her mouth, tasting it. The taste of my omma and appa, the taste of me.

I’m lying, yet as “a child of divorce,” I pass. She passes to the next table.
The customers look around, titillated by what they witnessed. She takes their orders.

“Maybe he’s kimbap? White rice on the inside, Korean on the outside.” 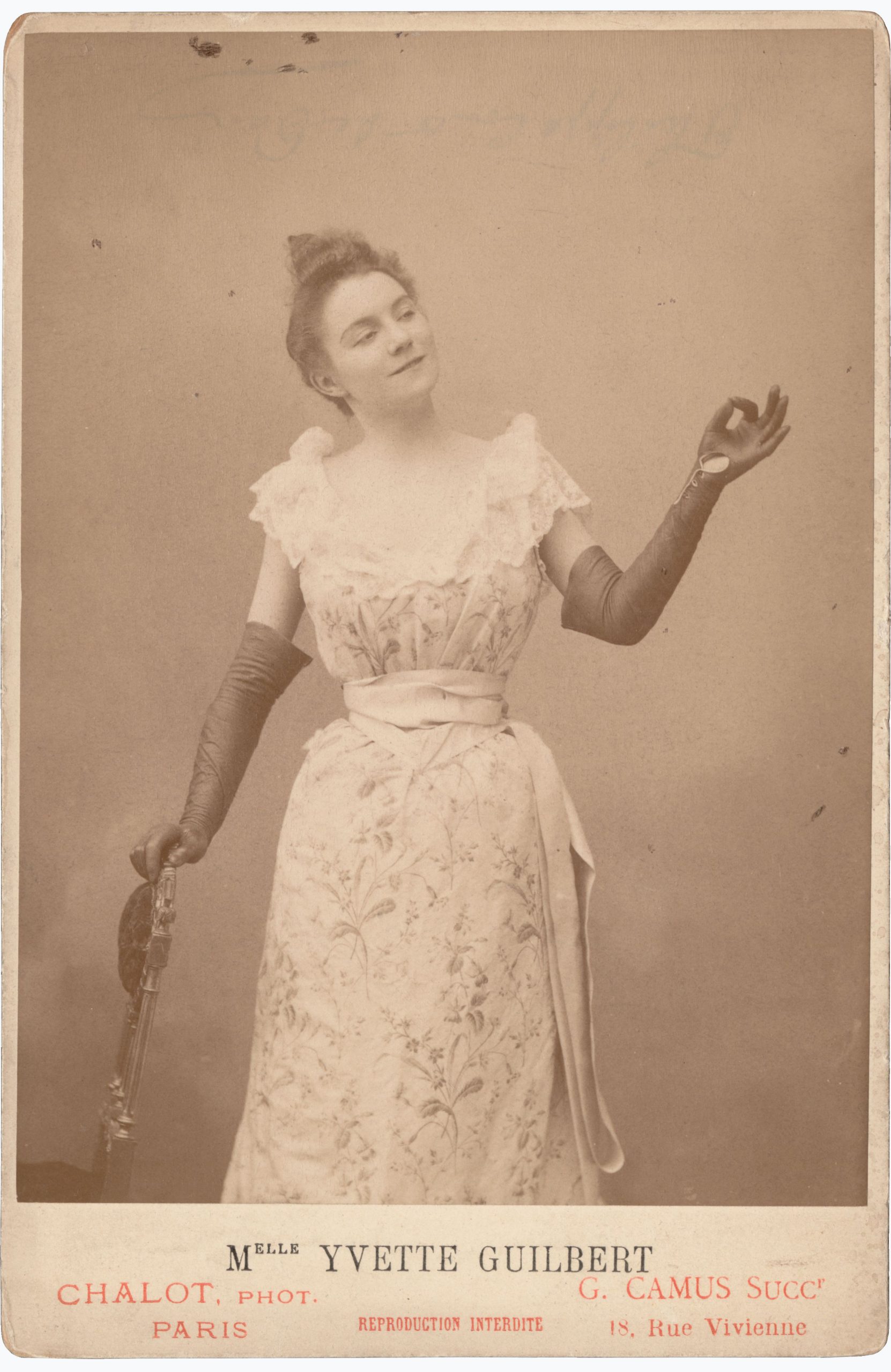 The audience shuffles into a surgical theater, stores their leather attachés underneath the seats, grant applications already scored. Their heads cock to one side and slowly move back and forth keeping time, observing:

Can she use details? The copper wire and silver mesh? Can she vivisect the heart separated from the gray parts to describe the craft that makes the death not dead speak?

The flat tongue lolls to the left, not used to this redirected blood flow by any means necessary these experiments that must be public to be believed. I take the organ apart like your student, Cha Seonsaengnim. I jolt and fire up a nerve net. I stimulate the audience. Their heads still; time stops. I write down last century and understand this mirroring as part of an architecture. The mirror above the death not dead enables the audience to look more closely without shame.

The white audience wants to overlay your body over my body over the cadaver over and over. Using and using. I tire of denying your influence on my art for fear of misuse.

I have tried interruption. Slowing time to a still held up to a red bulb inside a dark room. Each gesture cared for. The position of the mouth. The point of the tongue. Before the phoneme escapes the cave and interior shaft of the throat. What residue from a time un-marked? The critics tell me there is no retrieval. I am not interested in the sentimental.

Here are my four notes where the knife licked bone. 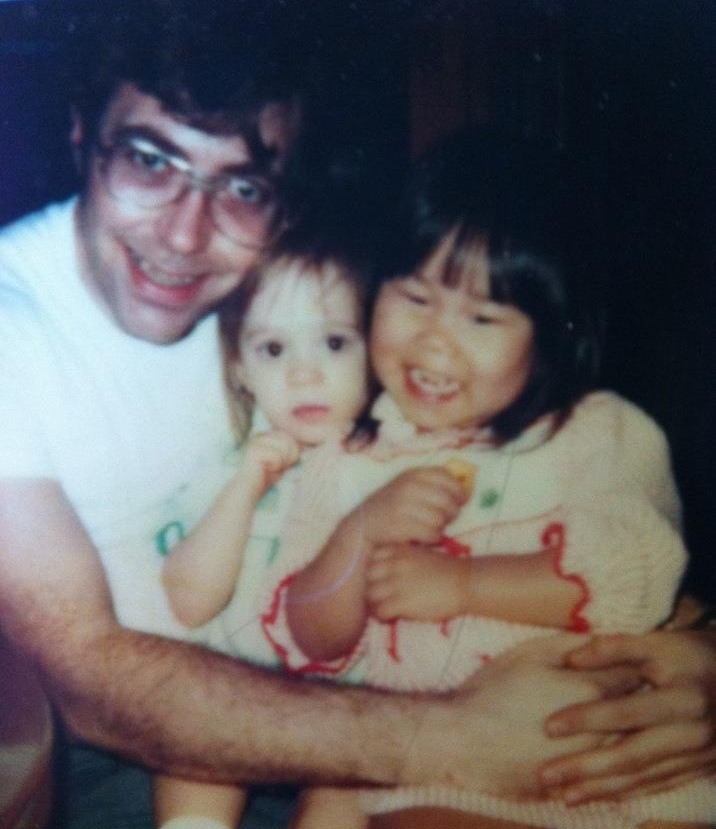 The horror is not the erasure, but the illegibility alone in a white space:

When the French novelist grabbed my waist while we danced at the festival party and said, “Pretend I’m your adoptive father.”

When the editor put his hand on my thigh inside the cab and told me his adopted Chinese granddaughter’s name.

When the tenure-track job candidate thanked me for guiding him to the interview room and asked if we could find a moment alone because his first wife was Japanese.

When R. Leathers raped me and said he wanted to be my first.

When the ajossi behind the store counter glared at me mistaking my white father for my lover. 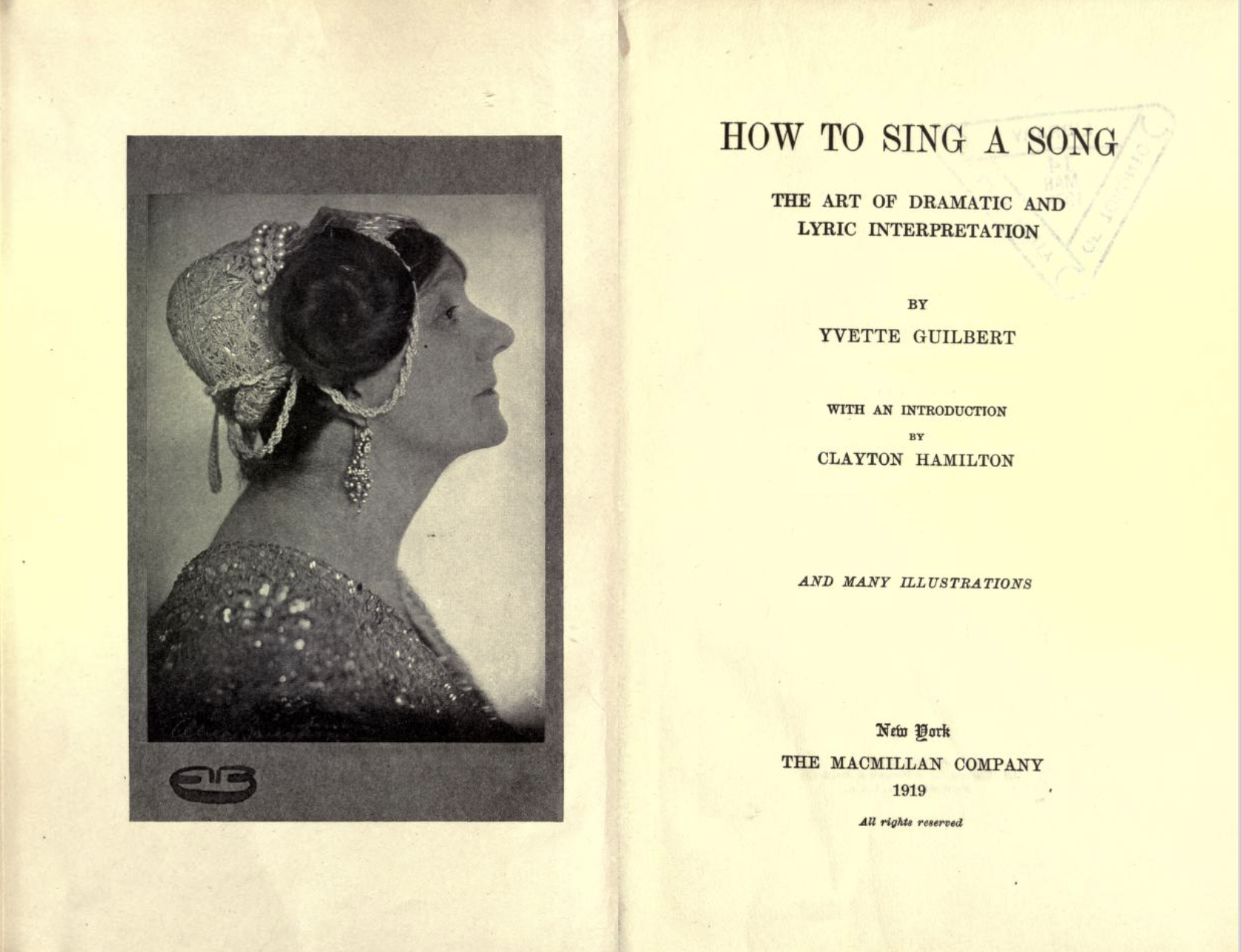 Yvette Guilbert, How to Sing a Song: The Art of Dramatic and Lyric Interpretation. New York: Macmillan, 1919.

Yvette Guilbert found a small book at a booksellers’ stall, titled Les Chansons sans-gène, by Léon Xanrof, a Parisian humorist, playwright, and songwriter. It contained enthralling verses with ironic descriptions of the Parisian student life embodied at the Parisian cabarets. Yvette knew she had found her repertoire, and she lucked into an engagement at the Liège. The songs she chose, including the iconic “Le Fiacre,” “L’hôtel du numéro trois,” and “De Profundis,” were promptly scored and learned along with an arrangement of her own poem, “La Pocharde.” She brought down the house that evening at the Liège. The audience demanded ten curtain calls.

I am searching for your writing, all out of print except for Dictee. Yet there are international exhibitions, biennials, magazine special issues, and community spaces remembering your oeuvre and acknowledging your influence. Your afterlives and audiences.

If the audience is a relative, as you say, then I want to account for my silence: it hurts to repeat how you died when how you thought about language has enlivened my dead, violated parts for which I have felt so much shame.

Any resemblance is a mistake, a mispronunciation or misreading, for we are not kin just as you are not Yoko Ono, and I am not Connie Chung!

In relation, connaitre or savoir -yo or -hae as in saranghaeyo or saranghae as in I am familiar por ejemplo I am a familiar, attend, attendre to wait at the moment of a removal, of 외상

beside or outside song, prize, song

to dispel, to take back that instance, a blast of New York wind knocking your beret down the subway stairs, your red satchel lost on the F train

A removal against a dead time.

On a monochrome street, you check your watch, frown, and choose instead to depart for dinner.

Born in Wonju, Republic of Korea, Jennifer Kwon Dobbs is the author of Interrogation Room (White Pine Press, 2018); Paper Pavilion (White Pine Press, 2007), winner of the White Pine Press Poetry Prize; and the chapbooks Notes from a Missing Person (Essay Press, 2015) and Necro Citizens (German/English edition, hochroth Verlag, 2019). Interrogation Room received mention in the New York Times, was praised by World Literature Today for “a vigorous restlessness,” and won the Association of Asian American Studies Award in Creative Writing: Poetry. She also co-translates Sámi poetry with poet-scholar Johanna Domokos, and their translation of Niillas Holmberg’s Juolgevuođđu is forthcoming as Underfoot in fall 2022 from White Pine Press. Kwon Dobbs has received grants and awards for her writing, most recently a Jerome Hill Artist Fellowship and a Minnesota State Arts Board Artist Initiative Grant, and published work in Crazyhorse, the Massachusetts Review, Poetry International, Pleiades, and elsewhere. She is Professor of English at St. Olaf College and senior poetry editor at AGNI.