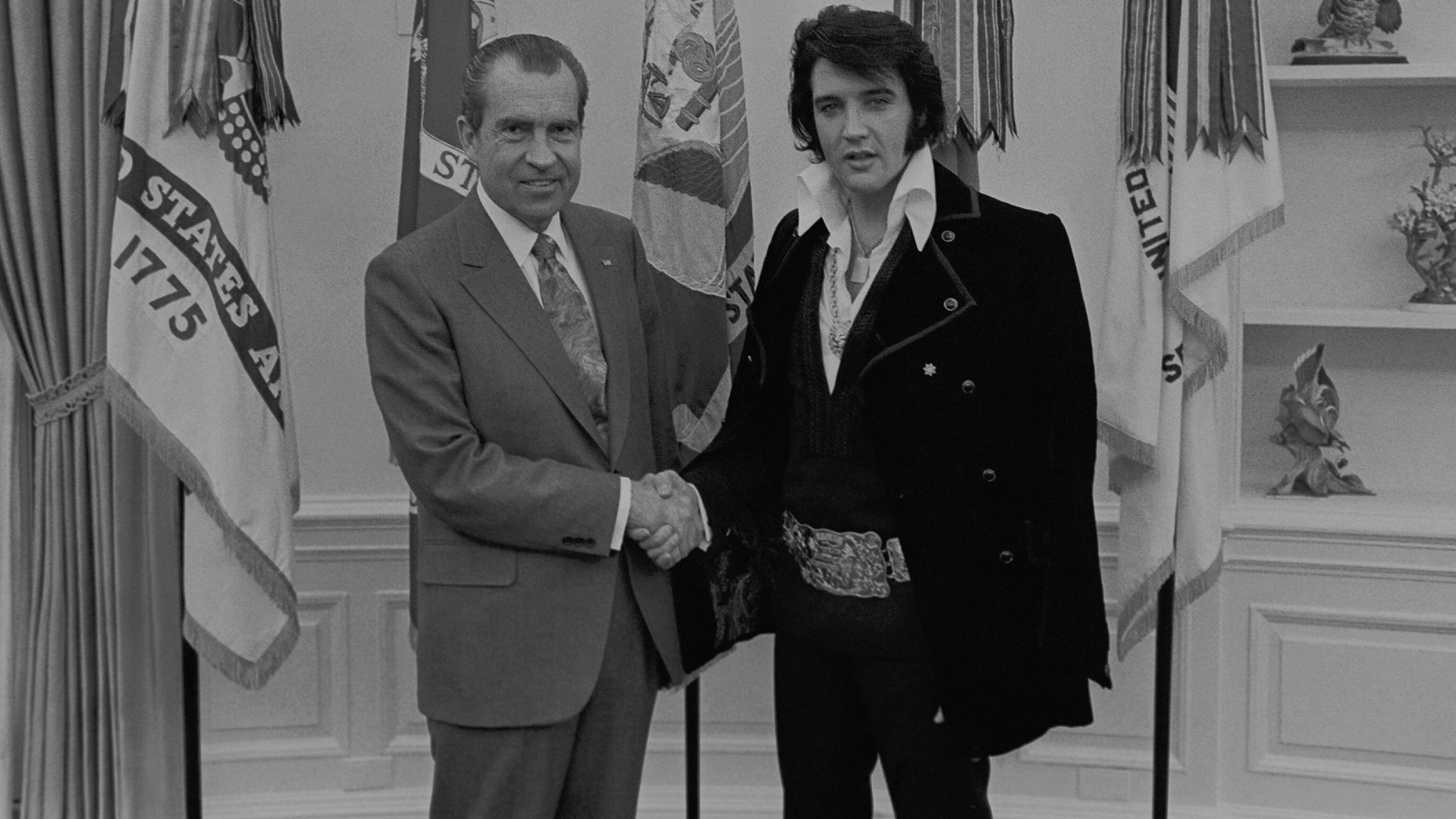 I was asked which celebrity, alive or dead, I’d have dinner with, and I said Elvis Presley, so here we are, having dinner. I’ve made us beef burgers with fries and Diet Coke, and there’s ketchup in a bottle. He’s wearing his Vegas suit and a face like a damp afternoon. I try to cheer him up by saying how I’ve listened to his music since I was born, how my grandmother cried when he died, and how my mother would have named me Elvis, if not for my father. Then I realize how much music he must have missed, all the songs he helped inspire. I have him listen to Michael Jackson, and Patti Smith, Jack White and Amy Winehouse. Kanye West. Madonna. Lenny Kravitz. I start to play his own hits and tell him how famous he is. I say this because I read somewhere that he worried about that, about the fame. I tell him I read that somewhere. He hasn’t touched his food. I think he’s been dead too long to care. I eat my fries and play John Lennon and explain how Lennon died but, of course, he already knows. I go on to say how I’ve always felt Elvis is music as pure intuition, you know, pure instinct and emotion, how you used to listen to the blues music and absorb it like a USB drive, like a chord left out in the wind, do you know what I mean? I ask if he knows what I mean, but he doesn’t say. He just goes on crying instead. He just goes on asking what I did with his momma. 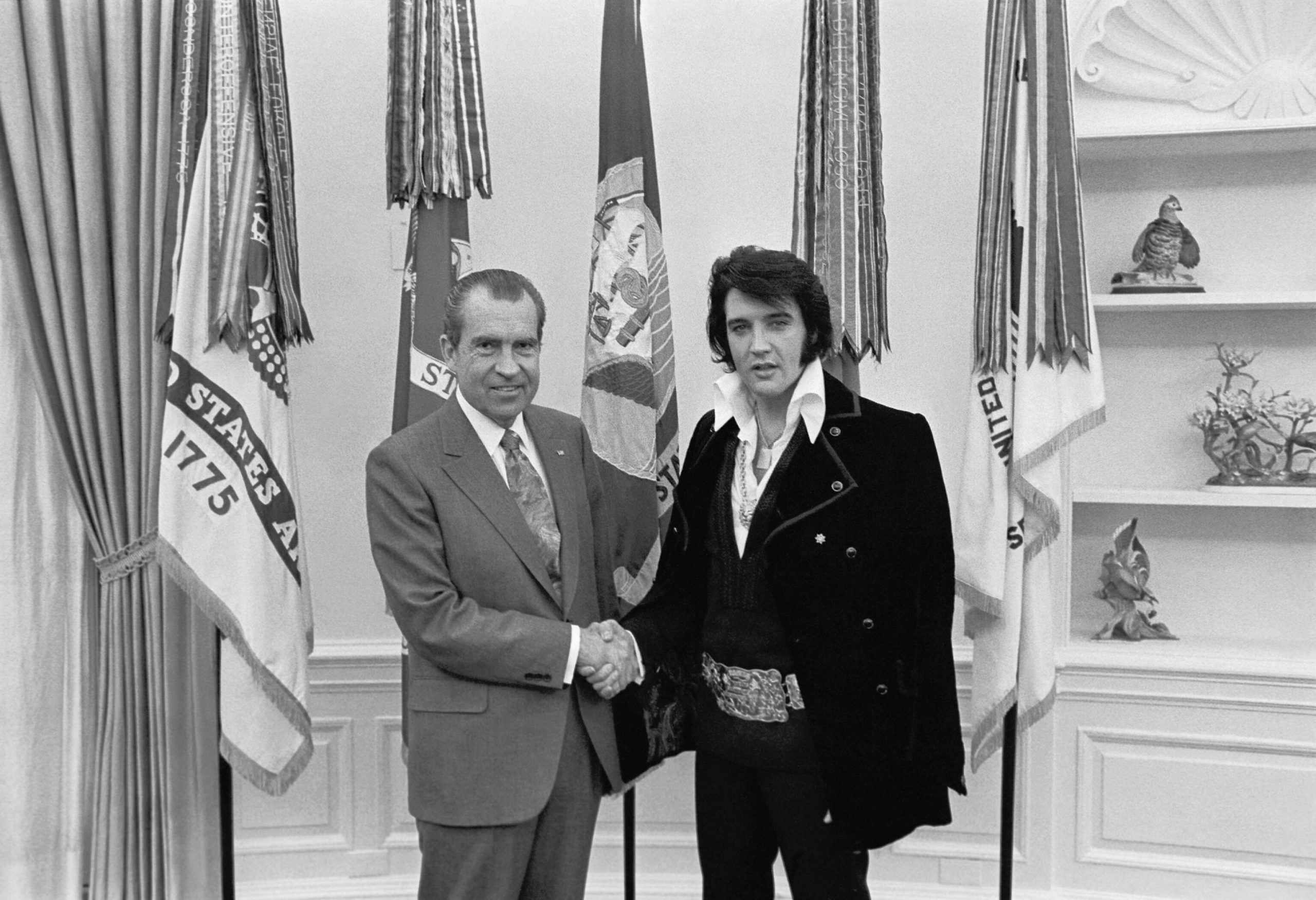 There’s that famous story about Elvis. It goes like this: Elvis is in the back of a limousine sometime after midnight, waiting at traffic lights in Wisconsin. He’s there for a live show the next day. This is 1977. This is Elvis in decline. He’s sitting there, in the back of his limo, with his gold suit under a DEA jacket, when through the window, he sees two men at a gas station, beating on the attendant. So, as only Elvis could, he clambers out of the car, he runs across the court, he strikes a quick karate pose, and he saves the day. Everyone ends up taking photos together. It’s a good Elvis story. But I find myself thinking about that gas station attendant, getting slapped around in the courtyard. Some kid working daddy’s station at one in the a.m., checking gas pumps under a big Midwestern sky, and he gets beat on. He gets thrown around on the tarmac and winded and his work shirt gets all stained. Gasoline on his shoes. And he’s scared, not of the beating really, but of what if they rob the place, what if they break his teeth and steal the beers. Because then he has to drag himself and his black eyes home, tell his dad they’ve been robbed, eat some cold ham in his bedroom and cry a little. Maybe he’s got a girlfriend, whom he worries about seeing the next day, when he’s all red and roadkill-looking, lips too cut to kiss, who’ll call him a fuckin’ spaz. And he’s thinking about this, and they’re kicking him in the legs—big, end-of-the-boot-kicks, when what does he see, staggering out of the dark, what does he see but some gorgeous miracle, an impossible thing, the King, rippling this way like an angel in aviators, station lights in his hair, as big-hipped and beautiful as the American Dream. Come to dissolve the night, right under his tongue.

Connor Harrison is a British writer based in Montreal. His work has appeared on Lit Hub, and in The Moth Magazine, Hinterland, and Review31, among others. He was shortlisted for the 2021 Poetry Wales Pamphlet Prize.