How to Disavow
All That Is False
in the World 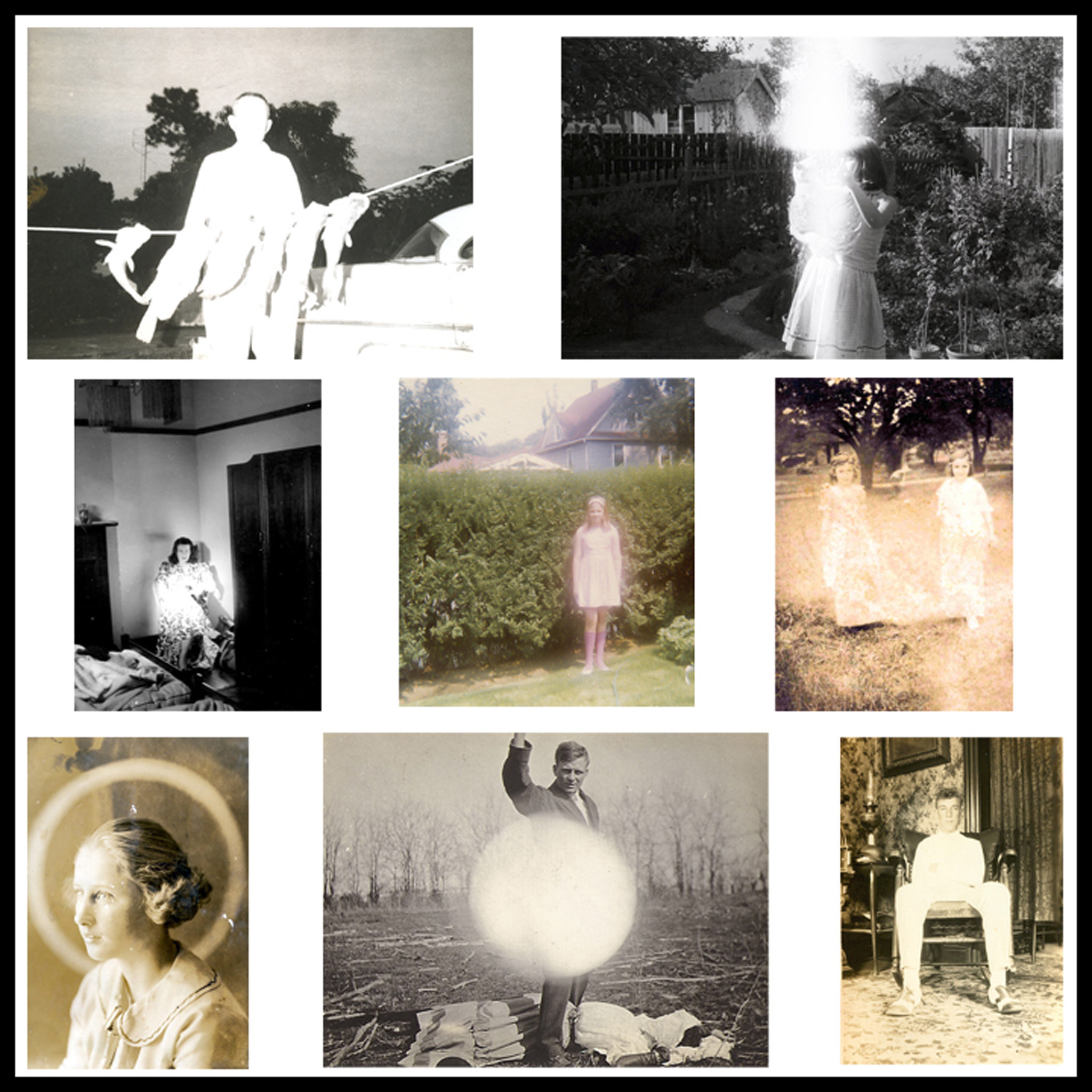 wealth
reputation
status
property
fame
attention of any kind
agelessness
apparent agelessness
beauty or physical attractiveness in general
increasing involvement in worldly affairs
knowledge for its own sake
knowledge as a means to an end
wisdom
spiritual understanding
“blessedness” or “bliss”
companionship
love
and/or
consolation or reassurance that you are living a good life. 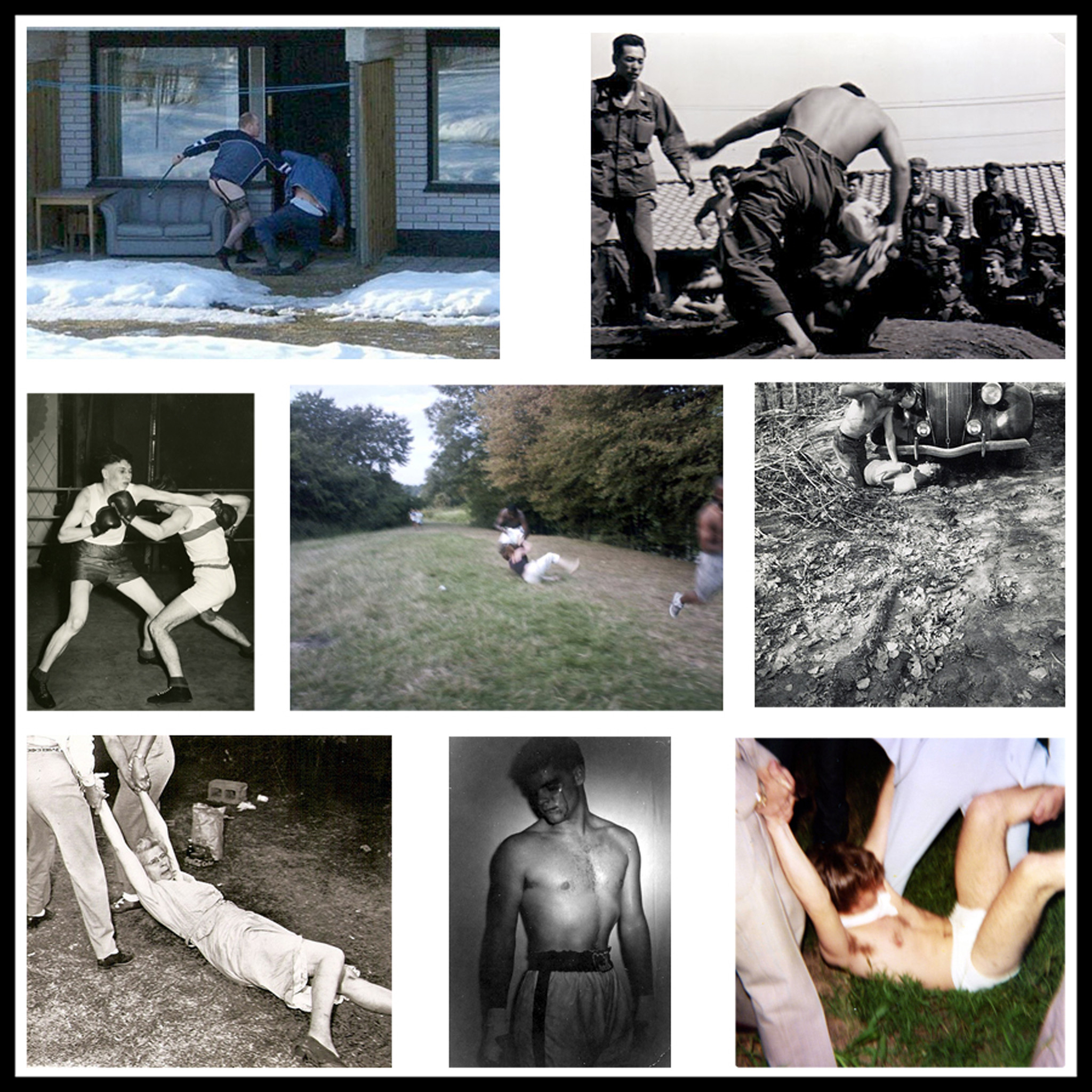 “Appearance” is sort of a big one. Look at you, for example, in that lovely chair, one of a set of eight, which you bought because they were so elegantly designed, and which you thought might reflect some of their elegance on you while, for example, entertaining friends.

Come now. Please sit down. They’re nice chairs. I like them. You made a fine choice. You went to all the trouble to make this nice tea. Will you listen? Do you not, after all, wish to disavow all that is false in the world? It’s a difficult task but we must start somewhere, if only with these chairs in which we sit, no? If only in this very room? Take, for example, that shirt you’re wearing. Blossom pink, fine white lines. What do you hope to achieve by wearing such a shirt? You would like to suggest, perhaps, that you have good taste? Good judgment?

No no no, please. You don’t have to change. Relax. It’s actually quite important that you relax. One can learn nothing from a posture of defensiveness. Indeed, sit there in the very shirt we are discussing. That will be useful. Let’s look at it together.

Perhaps in wearing the shirt you’re currently wearing you would like to suggest to others a certain degree of financial security or even affluence? You would have others believe that you have some little wealth in this world, because having some little wealth in this world is somehow reflective of good character, or of talent, or of good/superior life choices, or intelligence? Who or what has led you to believe any of this is so? That wealth has any positive relationship to any such merits?

Either way, if you wish to begin to disavow all that is false in this world, you are going to have reflect carefully on appearance.

If, for example, the existential barrier dividing you from so-called others is—as most of your ideas are—founded almost entirely on make-believe, then we really must consider this: how many things about your outward appearance are attempts to reinforce what is fundamentally untrue? Either to yourself or to others, or both? 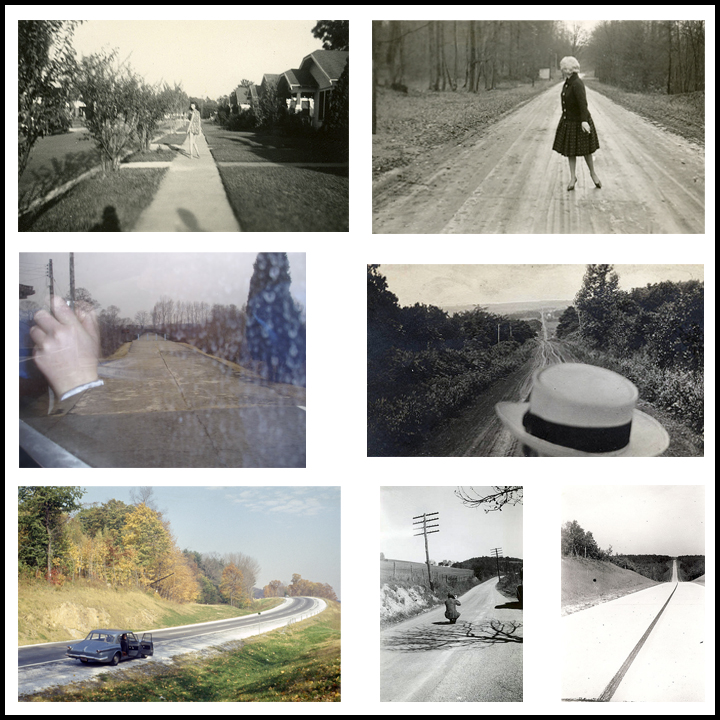 Maybe you think, for example, that you are a human being on planet Earth? Let’s start there. Because it’s a pretty fundamental belief and it could be a false one. Human. Now there’s a word. I’ve heard there are languages on this planet for which there is no such word. Is “human” therefore a term you altogether trust and believe in? Would you trust and believe in it had you by some other arbitrary set of affairs been raised speaking some other language? Why is it important to you that you are human, if indeed it is important to you? If you did not have a word for human—for this thing that you think you are—what part of you would unmoor itself?

I see your furrowed brow. I’ll give you a minute on this, and I’ll rephrase the question a little:

If you did not have a word for human—for this thing that you think you are—if, in fact, there were no way to describe or categorize what you are, nor any need to, what part of your general understanding would be undone? What would you no longer be able to believe with confidence?

Make a list. The longer and more exhaustive, the better.

Do you resist letting go of the beliefs on this list? Why? Do you think you would lose something?

Who would be losing what?

If you’re having trouble with this one, turn over your hands and look at your palms. What are these? By whose will do they bend and move? Are they “yours”?

Drinking tea instead of coffee will not help.

Standing on your head will not help.

Becoming an environmentalist will not help.

Eating as the hunter-gatherers ate will not help.

Here are some other little tips.

Part 1: make a list of all of your merits and accomplishments, large or small. You can take some time on this part. Make sure not to miss any. Include those characteristics of which you are most proud and think make you a decent human being.

Part 2: subtract from all of your thoughts, action and speech anything that might be self-referential in terms of anything and everything on the list you made in Part 1. In other words, nothing you do or say should clue others in to this decent person you are. Of course, you mustn’t instead behave badly. 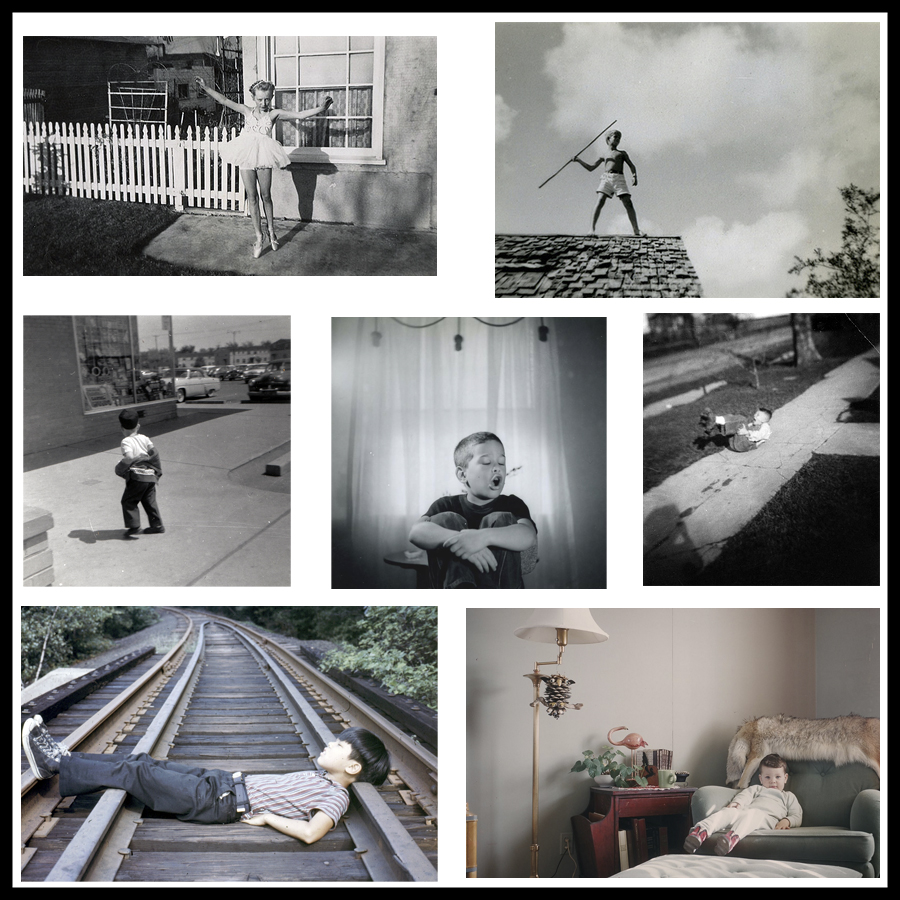 Now here’s an exercise in imagination and empathy. Imagine someone who you know probably doesn’t like you very much (it doesn’t matter why they don’t). Now imagine you are that person. Really imagine it. Really get into it. Now imagine that as that person, you are watching yourself move and speak throughout the day. What criticisms will this person have about you? What is it like being at the receiving end of your own behavior?

Don’t try to “impact” or “influence” the world.

When you reach a place where you think you’ve begun to make some progress regarding what’s set forth here, go back to the beginning of this list, and start over.

Here’s another strategy. Give yourself ample space and time for all of the most tremendous and troubling questions of being to arise. Try to think of at least half a dozen, such as: is there something or nothing? Is there one or are there many? What are numbers? Let these questions churn in you. When you think you have an answer to one them, or are beginning to glimpse an answer, subtract it. Go back to the beginning of this list and start over.

Alternatively, or in addition, you can seek out and find people who have found answers—people who over the course of their many years and lives have attempted to disavow all that is false in the world and who, in their own seeking and experimenting, have discovered what they believe to be satisfactory responses that they can and indeed want to share with you. Subtract them. Not only the answers, but also from your life, those people who purport to have them and who want to pass them along.

When you think you know what you’re subtracting from what, subtract that.

Then go back to the beginning of this list and start over. 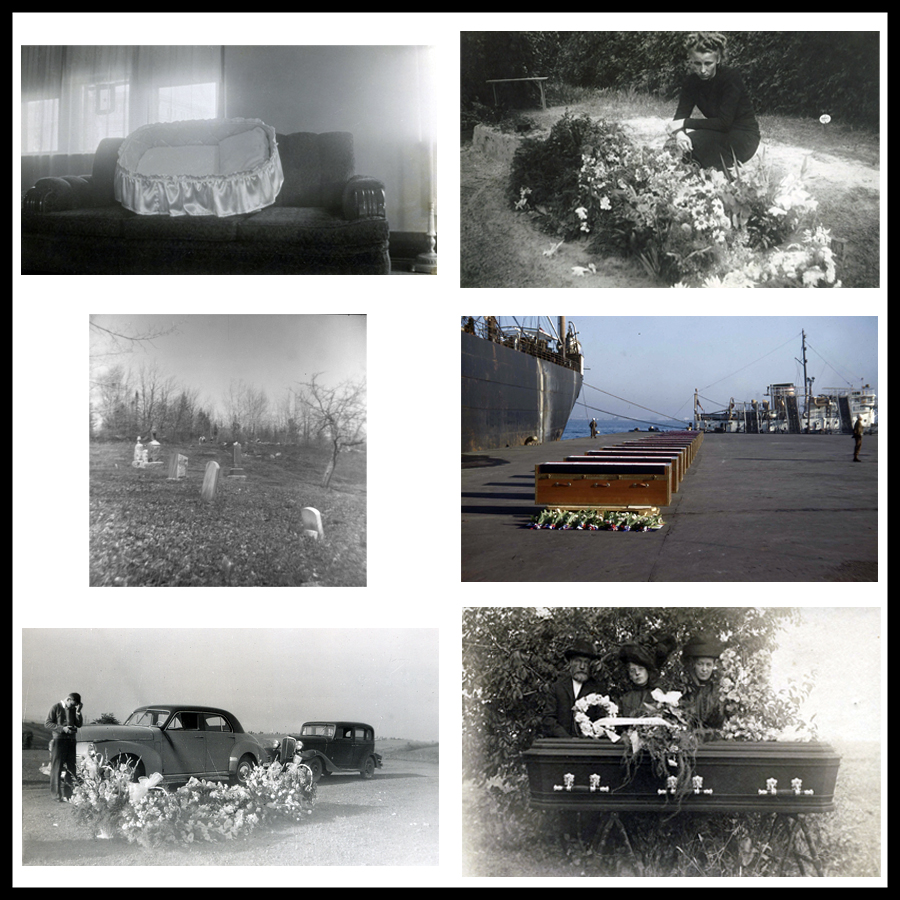 Make a list of all the things you possess, then get rid of everything on the list. Do you resist this notion? Why?

Think about your own death. A lot.

Also critical to consider (at more or less every stage): false in the world? What exactly do you mean by “false”?

As if a pack of lies took up less space in the room, or your heart, than an honest thought?

False, as if a treacherous word had less effect in the world than a faithful one?

Consider at more or less every stage: how very real indeed your own ill will, how enormous, how it obscures your view, how it keeps you from being able to really see anything, or anyone.

Your judgments. False? As if they weren’t real? Consider how even now they’re accumulating like junk behind your eyes.

And how palpable your shame—you can practically hold it out in front of you in your hands, such that it is the first thing anyone sees when they see you coming.

Or consider the worst mistake you’ve ever made, the worst you ever hurt someone you loved, or betrayed yourself; consider the way it still has the power to bow your head, and lift your hands, to cover your face.