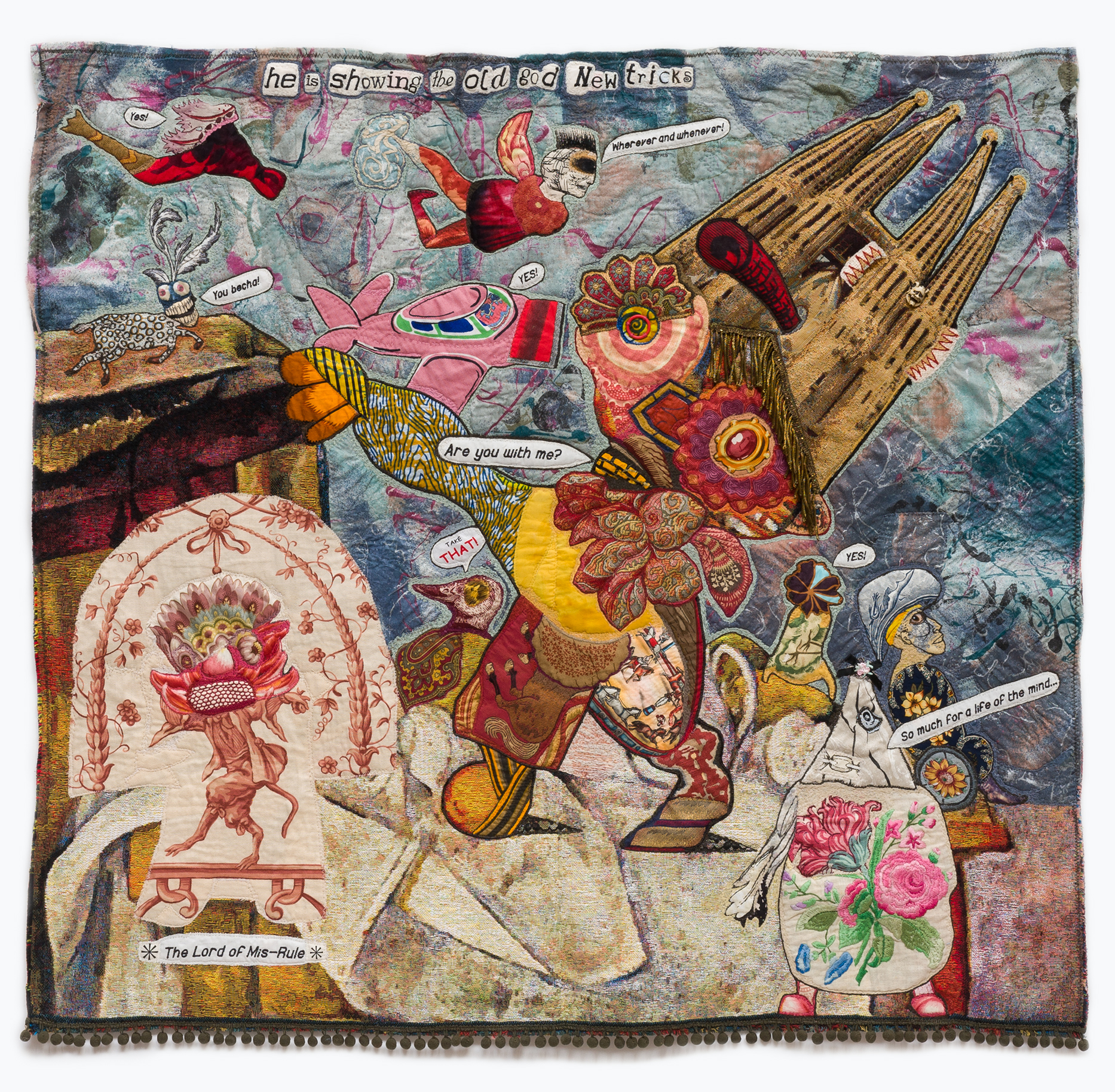 The invention of the pattern often requires—among other tender elements, subject to the grotesqueries of decollation—a moonlight scene, the foreground inhabited by an animal, a black knot hanging from its throat. But when a bird, disinclined to die, is tied to a child’s collar, outside a schoolhouse, where we might otherwise find—hidden in a fire—a fragment of a jackal: well, this is just another cheerful little game, played in splendid weather. A boy’s face, they used to say, is just a grave atop a collar, the garment perhaps a shade darker than mouse gray, or so I gather from an adjacent phrase, in which the brother draws cloth across a wire.

The patterns in the pattern book: they sever the neck with blue ink, using green for each defect, and tracing the pockets—slit; welt; box pleat (the bottom of which carries a maggot, or simply a jot of light)—with various other colors, most notably an unsuccessful yellow: canary in the form of straw. False pockets, akin to those shown on the houndstooth jacket, are no less curious, after all, when the fingers are actually flies. Bees are captured in the children’s pockets, upper right and upper left—by accident, if this is how you prefer it: sister and brother on a mountain holiday, the latter now a ghastly schoolboy, quite grievously received—with rickrack in all four corners. Claws—excised from wrens—appear as hooks on cassocks, for collars and pockets, and in place of buttons, from throat to hem: a column of thirty-three—but sometimes thirty-seven, or thirty-nine—approximating the shape of a stake. 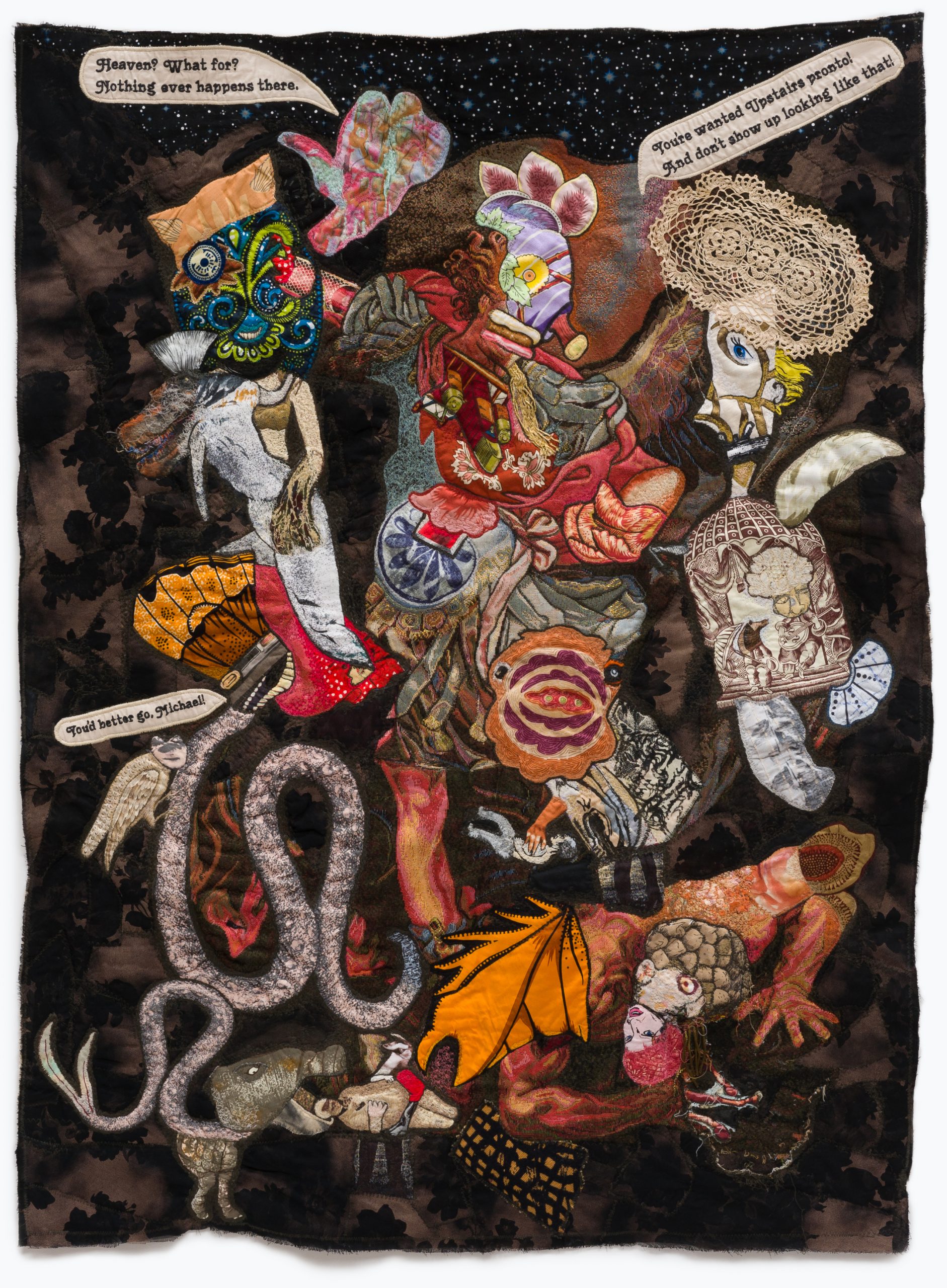 Houndstooth began as dog’s-tooth. It was therefore confused, I assume, with a certain element of English ornament—triangular in design (hoof-shaped, to the walleyed)—and with a kind of violet, well known for its curiously lurching head. The hyphen was excised or retained, as the case may be—or excised and then restored, as a matter of affection or in error—though these marks were never intended to conjure rivers or streams, so far as I know, or even coffins between stations. One variant, at any rate, gave way to another, and thus the drowning hound replaced the lost dog, its name—just a little gasp in the afternoon—traced to a bedridden gentleman: without children, without a wife, his face covered by a portion of scored cloth. 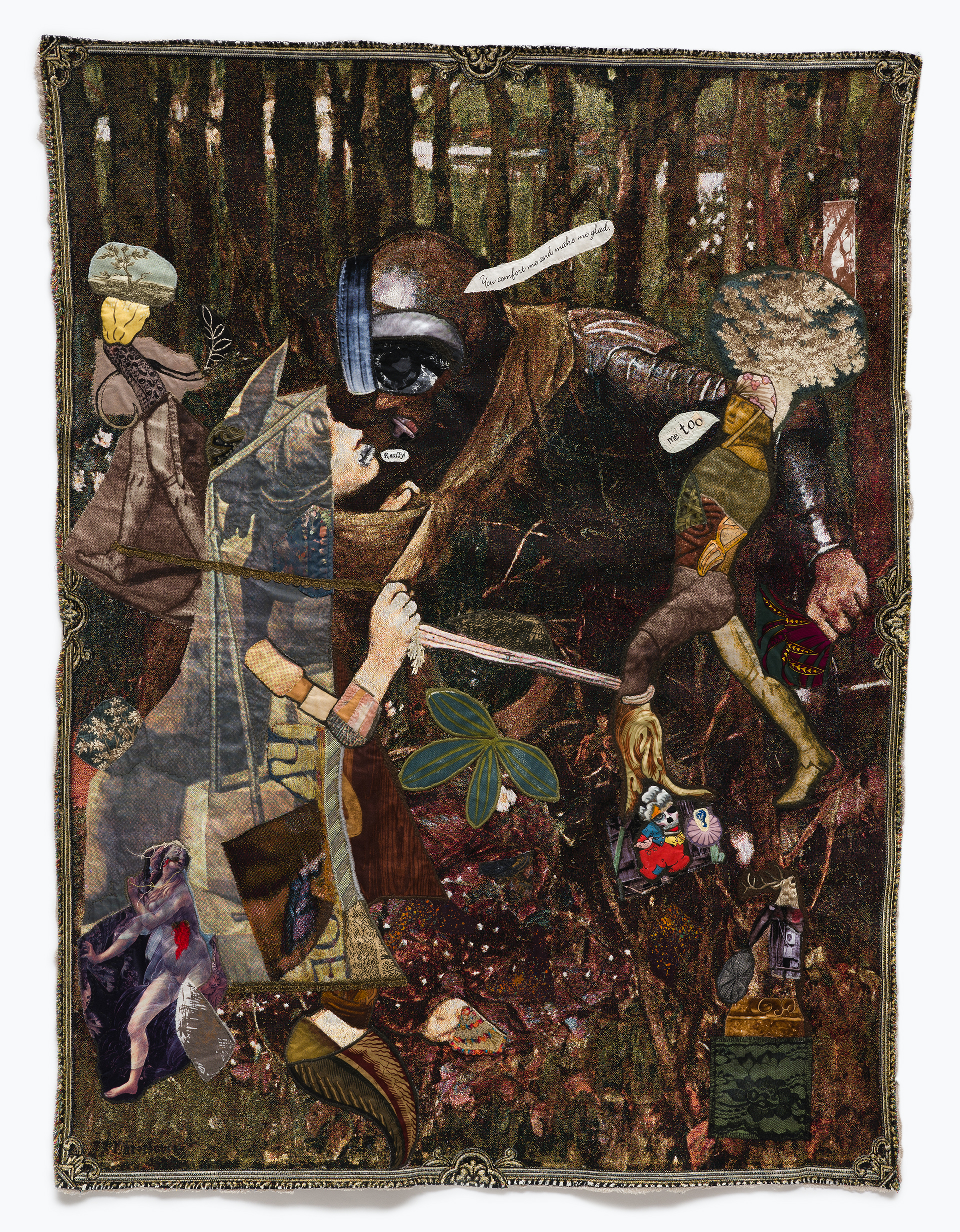 The patterns in the pattern book: here the creases are actually a species of gray beetle, improving the garment—as spikes might—but also forming notations of a sort, often presumed a code for the blind. A span of yarn—an extravagant brown, oddly spotted—cinches the hood at a hanging, the gentleman’s, north along the boulevard—and one precinct east—where the wind is rather a disappointment for the boy. The girl wears a hat and a travelling dress, the latter in camel’s hair, prune-colored, with a drop waist—blazed, or serrated, in three places—and a terribly high neckline, which perhaps embarrasses the hostess. But the creases appear near the shoulder blade, at an angle of forty degrees, roughly speaking, and now proceed south, blackening the thorax—poor Agnes or Beverly or Harriet—in the course of a fall. The parson’s garment, by contrast, is thought to inhabit an invisible house—per the winter sermon—but hangs, in this case, from an oak post, inhabited by an invisible body.

The sleeve is less fortunate—caught in the spoil, as it were, at the outset of an exploit, a misadventure of the flesh—in eggshell or pearl, without pattern, at Katherine’s house, where, furthermore, the smoke is mistaken for a braid of hair, issuing from the floorboards and departing the room through the chandelier. The Marie sleeve—hazel, I am afraid—floats in a chamber pot, per the nursemaid’s testimony, indelicate as it is, and from which we may derive only a few conclusions as to the angle of the bone saw. No doubt they displease you, these unseemly activities, most notably in the case of cousin Edward, whose sleeve had, in fact, displayed a measure of red—if not exactly a fraction of the atrium, it turns out—on account of buckshot. The crape—a dagger of fabric, in the household parlance of the day—is always worn around the left arm, unless custom dictates a rectangular item, one inch wide, pinned to the lapel or to the cuff, or—for the children, who now exit at the privet—sewn into the neckline.