There is an awful redundancy in the linkage to Khmer Rouge and Noir. Paired with a city whether Bangkok, New York, Moscow or Berlin, noir defines a mood, a texture of menace, despair, loss and doom. How does any artist, writer or painter capture on a page or canvas the vast abyss of darkness that represented the crimes of the Khmer Rouge against their own people? How can any number of words or images express the amount of suffering, pain and terror of those caught in the ideological madness of the Khmer Rouge?

So many questions float to the surface when the stone of Khmer Rouge is thrown into the lake of our common humanity. 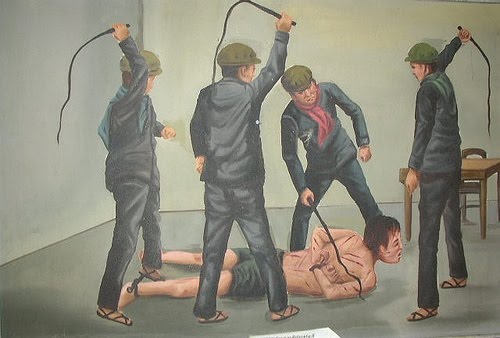 The death of Cambodian artist Vann Nath, aged 65, on 5th September 2011 is the right occasion to ask these questions. Vann Nath was a painter. He was born into a poor family and was raised amongst the rice fields of Battambang province. The family lacked resources to provide schooling for him. After four years in the monkhood he enrolled in a painting school. Before the Khmer Rouge came to power he painted landscapes and cinema posters. If history had been different, no one would likely have heard of Vann Nath or his paintings.

In 1978 he was arrested by the Khmer Rouge and sent to S21 (since 1980 it has been preserved as the Tuol Sleng Memorial and Genocide Museum) in Phnom Penh. Of the 15,000 prisoners who entered S21 only a handful survived. Vann Nath was one of them. The head of the prison Duch spared the painter in order that he could paint Pol Pot. In other words, Vann Nath lived because Duch sought to appease the vanity of his boss. 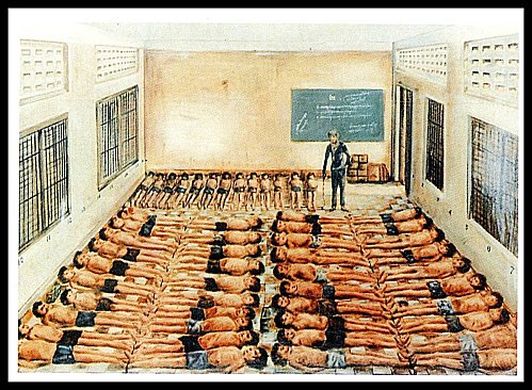 After the Khmer Rouge fell, Vann Nath painted many canvases depicting the scenes of torture and brutality that he had witnessed while an inmate. Many of them are on display at Tuol Sleng as graphic reminders of what went on inside the prison during the time of the Khmer Rouge. In later years, Vann Nath had the chance to examine on film the S21 guards for a documentary film The Khmer Rouge Killing Machine (2003). He also testified in the historic trial of Khmer Rouge leaders in Phnom Penh where he was able to confront in the courtroom, Duch, the man who ran S21 and who had also spared his life. The Guardian’s Tom Fawthrop quoted him as saying in the courtroom that “I hope by the end that justice can be tangible, can be seen by everybody.”

If there ever was a noir artist, it was Vann Nath. Witness to the very worst treatment that man is capable of inflicting on others. His canvases record a long nightmare. A dark interior filled with fear, hatred, mistrust, suffering and death. A place where every heart beat of the men, women and children jailed at S21 counted the brief moments before their turn came. Vann Nath’s art captures that heartbeat, their relentless dread and foreboding of the victims.

<p "="">It is unimaginable to us who look at Vann Nath’s images that these images seared into his consciousness had realized themselves through his art, one that could be shared with millions around the world. Vann Nath’s noir shapes our way of seeing what the Khmer Rouge did. They are the guides into a world that is quickly fading into history. Vann Nath made certain that this descent into evil, into the heart of hopeless, that neither he nor we would ever forget. 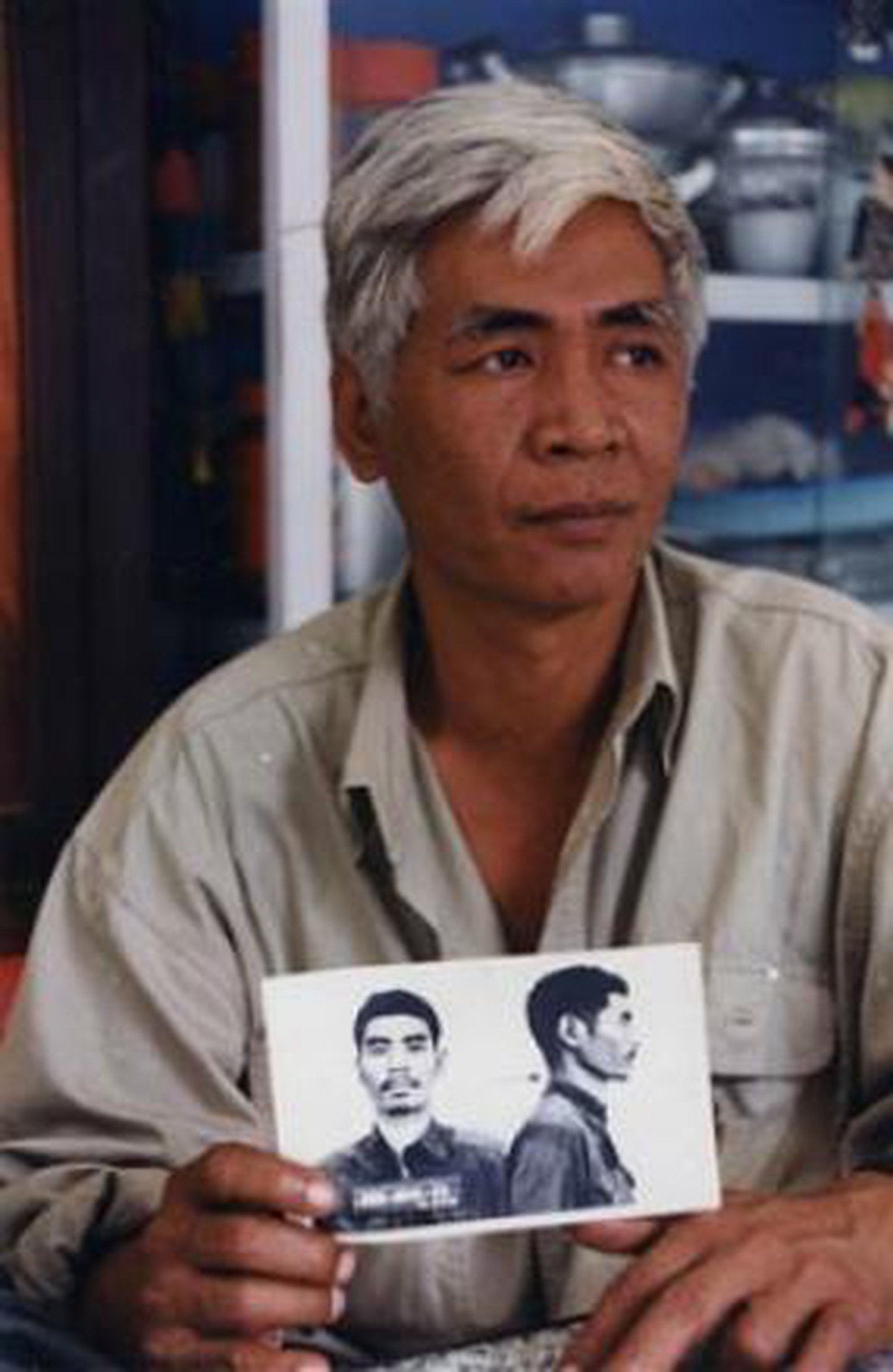 There are many lessons to learn from Vann Nath’s life as Cambodia’s most famous noir artist, but one that I like to think applies to segments of other noir artists and writers around the world. There are writers and artists who write or paint for the money. There is nothing wrong with earning a living. Indeed that is normal. That is easier done, though, in the developed world; it is easy to avoid the pockets of noir. One can just drive around them or fly over them. Or dart in and out for the images and story, and sleep at home in safety. But there are parts of the world where that isn’t possible. In these places, there is no place to hide, no safe place to sleep. In this world noir envelopes all time and space.

Vann Nath lived in one of those places at the wrong time in history. Then there are those like Vann Nath, whom fate had selected to be a witness, chose him and his talent of expression as a vehicle so the rest of us would remember, understand, and learn the lessons from those periods when madness haunts the land, brutality and murder are the rule, and ideological purity demands absolute conformity or death. Through these images and writings, we stand a chance of instructing a new generation exactly what means we are capable of employing to reach a political utopia and the clear and present danger of those who preach that all life must be organized around principles of purity torn from the absolutist handbook.

In 1993 as a journalist I covered the UNTAC period of administration in Cambodia, and was embedded with UNTAC civilian police. Along with them, I entered the old prison system. Zero Hour in Phnom Penh drew upon my experiences during this period of transition. Some years later I spent a week in the field with Cambodian mine officials in Vann Nath’s home province: Battambang.