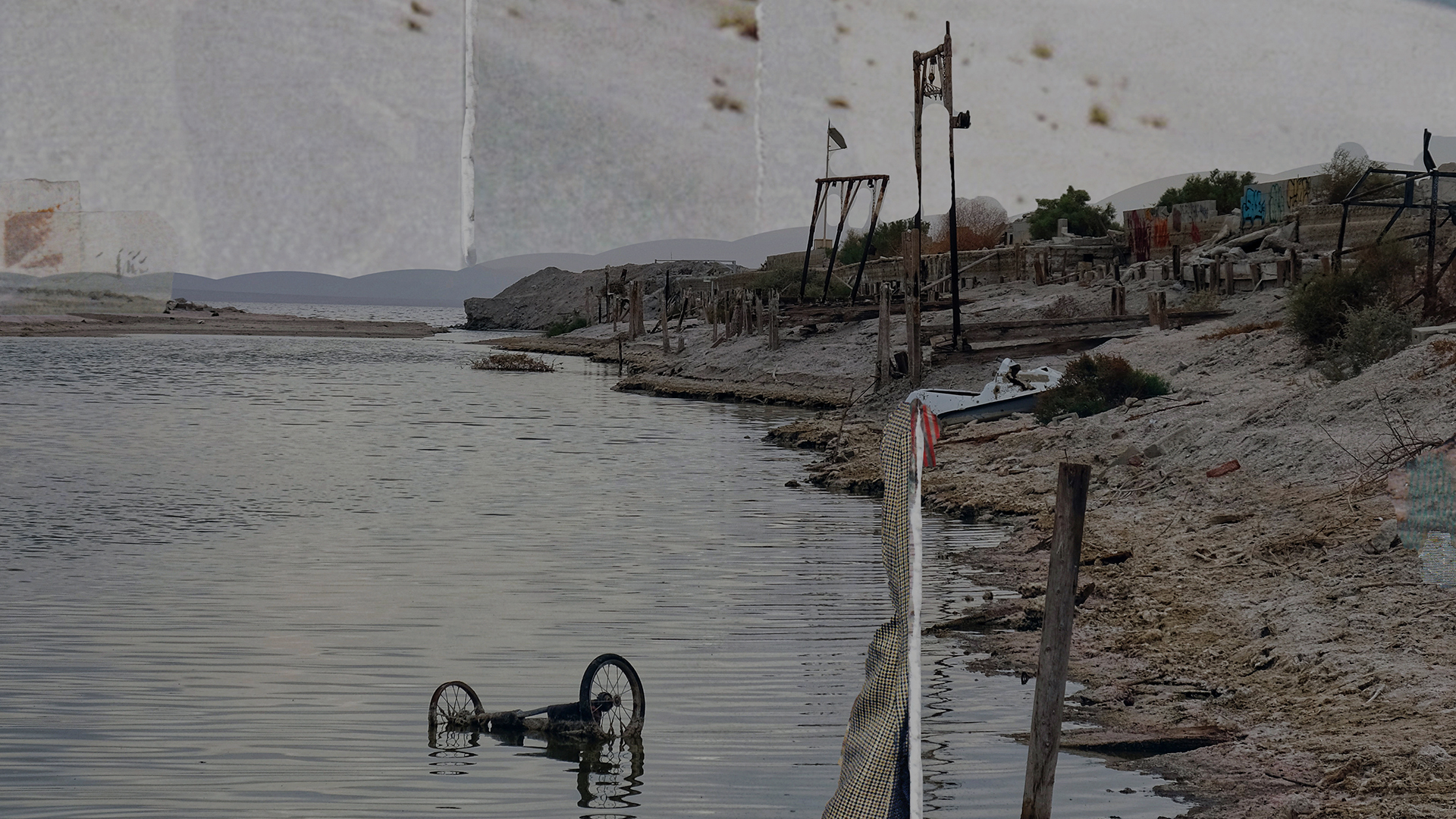 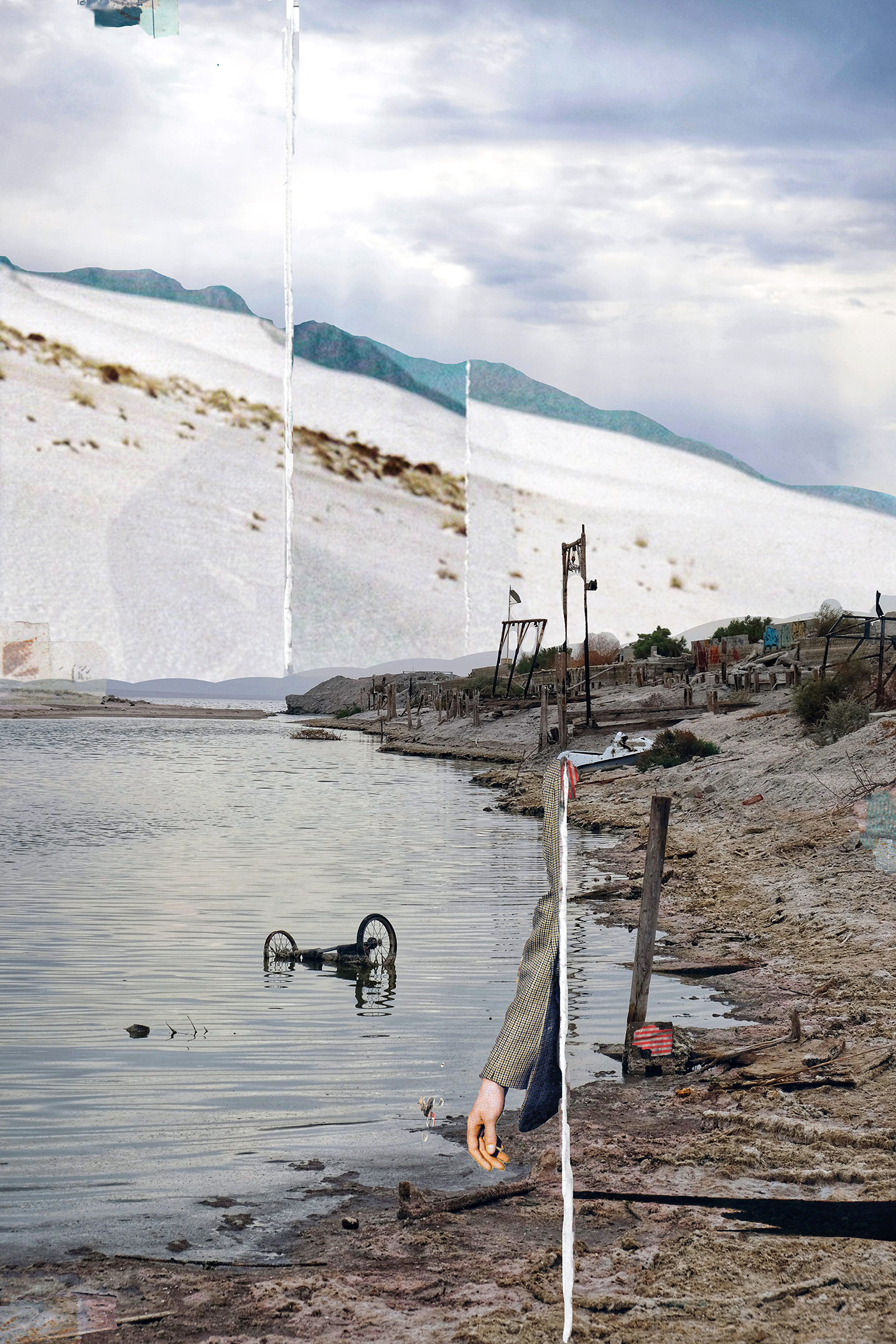 1 It was beautiful before, half-asleep or was it
2 half-dead, still mainlining oblivion,
3 on my knees in some icy parking lot with the poison
4 my country scatters so cars can go smooth
5 seeping into the cuts on my hands,
6 climbing the artery in my arm like a line
7 on a map impersonating a river,
8 & the young man in the emergency room
9 said Two more days & you would've been dead,
10 but the pain kept me awake—
11 I was eighteen, in my new body already
12 seven years of oblivion practice,
13 but the pain kept interrupting, little tastes
14 of raw dazed newborn I'd practice drowning,
15 until those first sober days—

16 Beautiful all the oblivion tinctures
17 arrayed for the bridal before I was born,
18 the golds, the rubies, the seeming transparent
19 windows into what, framed by who, never mind,
20 the beautiful impersonations
21 of clarity & joy & union & peace,
22 of Relax, there's plenty of time, via
23 the trapped souls of grains & spices & fruits,
24 slipped between me & the pain that kept
25 putting its hand on my shoulder, to try
26 to wake me, & I'd flinch away
27 from every attempted debridement
28 of the wound of my name—

29 On Haight Street I worked in a liquor store,
30 with a bottle of blur in a bag
31 under the counter, where I was paid,
32 by a man I once watched touch a stranger
33 to take the bills from the pocket of his jeans,
34 because the stranger's hands were shaking
35 so jagged he couldn't do it himself—
36 I lived over a bar that served pints of stout,
37 so I could commune with my consumed
38 consuming ancestors, colonized, colonizing,
39 & did they from their newborn place
40 send the messenger whose ancestors they'd betrayed
41 in this old place, on earth,
42 & what kind of judgment could have suggested
43 that her ancestors send me—

44 I was twenty-one, I envied them,
45 I didn't want to be on earth,
46 I ate my meals with one fist clenched
47 & she'd reach across the table to undo it—
48 she didn't stay long, it was late spring I think,
49 we were both from elsewhere & mistook the seasons
50 there, where the sun set over the wracked
51 Pacific, where we kept as close
52 to the edge of anywhere else as we could—

53 Here or there is a rented room
54 overlooking theft, & a cheap platform bed
55 thanks to four stolen plastic milk crates
56 hovering just above the floor,
57 & there/here no more/always two women:
58 new, unpracticed, breaking the compacts,
59 retranslating Relax, it's not an emergency
60 into the rest of no sleep, in pursuit
61 of some sweet thing their bodies ache for & constitute,
62 some new now hidden under the sirens,
63 some whisper to two imperial subjects
64 unpledging allegiance where no one can see—

65 What time is it, asked the boy who'd thrown me
66 against the street grate & stolen my bag,
67 did I say theft, were my orders from the realtors
68 to make his neighborhood strange to him,
69 to colonize the corner of Haight & Fillmore,
70 in the same pocket as my notebook & my keys—
71 was he looking for that new now when he asked me
72 what time it was, was that what the messenger
73 wanted to know that last day when she brought us
74 up to Tamalpais—

75 Relax, there's time, it's not an emergency,
76 as the tides brought up needles & strangled birds
77 & bodies past counting, as we tourist-walked
78 above, among the coast redwoods, such obvious
79 gods even if you don't believe in anything,
80 & I didn't know whose land it was,
81 & the messenger started to follow a bird
82 by its voice, & I wandered onto the path for the blind
83 with a place to touch a tree that had burned—

84 How was it so familiar, the texture
85 of death with a current of life under it—
86 & how did the tree look into me, I don't know how else
87 to say it, looked into me through my hands,
88 & asked What are you doing, not impatient, just
89 what would come to mind then for someone who loved me,
90 not offering the choice of hiding
91 or the choice to look away—
92 but I didn't answer, I went back to the hard work
93 of drowning, that summer at the foot of the redwoods,
94 that fall not listening to the concerns of the granite
95 back along the east beaches of another stolen home,
96 that winter still young when I stumbled into
97 those first sober days—

98 like misjudging the arc of a wave & pulled down
99 into the softness that had made sand
100 of so many rocks so much harder than me—
101 Oh I'll just try this, I said, for a few weeks,
102 before I started to fight for breath—
103 I said beautiful before but I didn't know
104 what that meant until the backlogged messages
105 started to pour through, that first sober spring,
106 until gasping at the tideline on my knees, awake,
107 remembering standing with my hands on the red tree
108 not answering, not yet, This.

Suzanne Gardinier is the author of 12 books, including most recently Amérika: The Post-Election Malas (2017) & Notes from Havana (2016). She teaches at Sarah Lawrence College and lives in Manhattan.

During the last 18 months Brian Ormond & Christian Nicolay discussed different ideas on how they could collaborate together. They decided to create a digital exchange adapting to the oscillating times and border closure brought on by the global pandemic. The artists residing in Los Angeles and Vancouver respectively have never met but hope someday soon to work together in the same location.