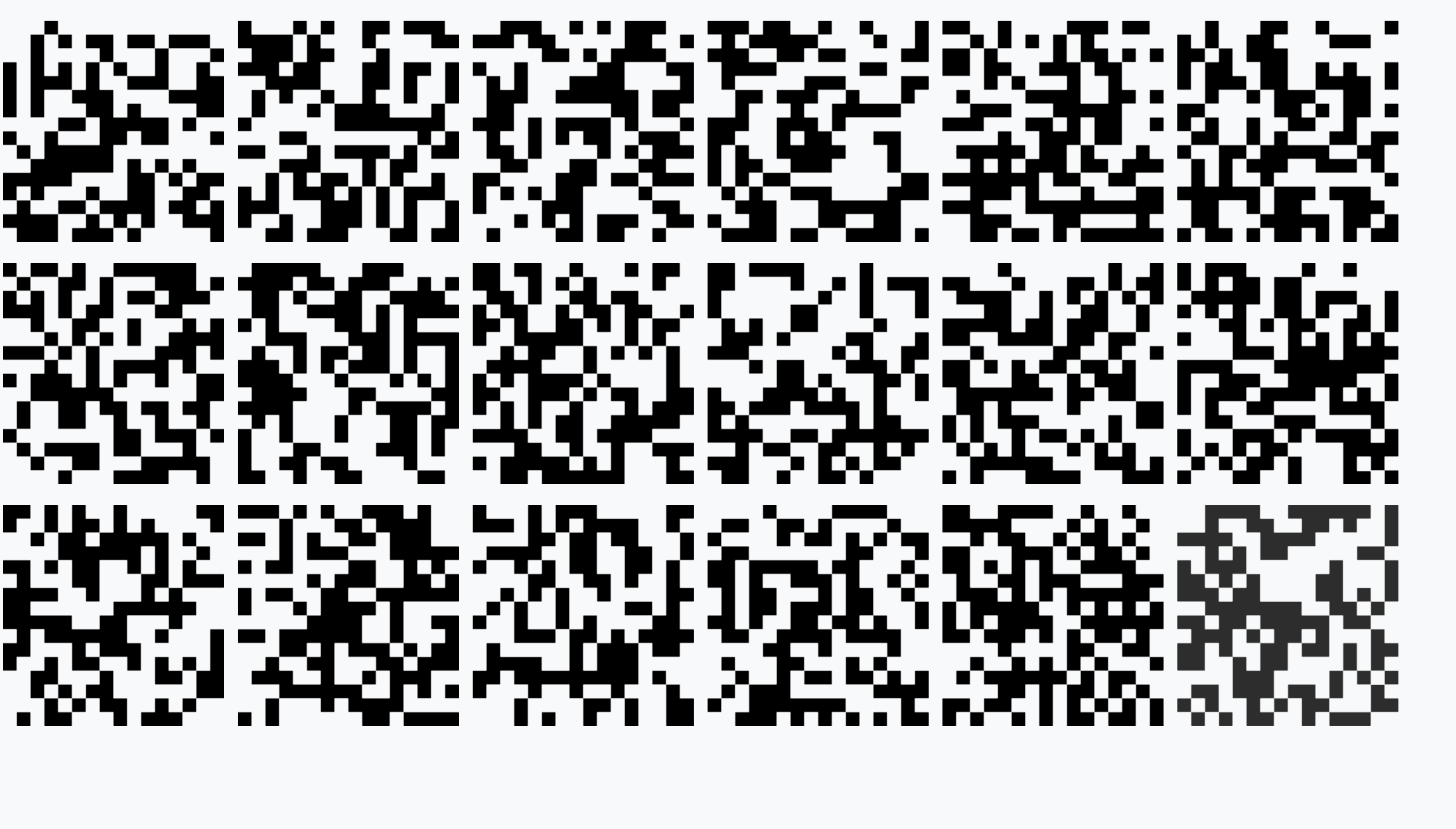 At first you think he’s trolling, the barista. With a shrug, he says he can’t offer you change. There is no more change. Haven’t you heard? Coin shortage. Widespread hoarding, low circulation, a sort of national anemia. Why are you paying with cash, anyways? Isn’t that kind of…germy? You put away your crumpled ones. Someone drew a droopy dick on one of them. Out comes the credit card, the coercive e-tip, and you leave with your oat cortado. Later that week, you’re out walking with your friend Lev when you see an old geezer stoop to pick a penny off the sidewalk. It’s adorable and it all happens in slow-mo: the hinging of the waist, the tremulous legs, the pincering fingers. “Did you know that each penny costs 1.6 cents to produce?” Lev asks. You did know. And each nickel, what—six cents?

It’s not just pocket change, though. Suddenly everything is worth less. That is, everything except the weird, made-up, Internet–Ponzi scheme shit. Like everyone else, you’ve googled NFTs out of a sense of beleaguered due diligence. Might as well, you know, see what the fuck. Non-fungible, eh? Good for them, that sounds really idyllic. Meanwhile, Lev announces he’s now a crypto bro. New Year’s resolution. That and no more books: he’s giving up on lit. Why? Why not? He wants to quit waitering, but he doesn’t want to go into sales yet. Coding bootcamp could work, but eh, kinda hard.

It’s all about the canine coins, he says. Or tokens, sorry. Doge being, obviously, the pedigreed one, the OG: the doge. Since then there have been innumerable spin-offs. Shiba Inu is the latest one heading “to the moon” (hopefully when it gets there they’ll all, y’know, asphyxiate). “But, just to clarify, you know it’s a total pyramid scheme right?” Of course he knows that. That’s the whole point. It’s all about getting on (and then off) the hype train just slightly before the next guy. Rinse and repeat. It can all be indexed under his latest epistemology, The Idiot Doctrine, which, as far as you can tell, is a mash-up of the monkey stock-picker and greater fool theory. This is the same friend who briefly went up a hundred grand riding the GameStop rocket a year back. You begged him to pull out. He stayed in and lost everything, but he could’ve had four hundred grand. That’s a house! (albeit in Topeka). 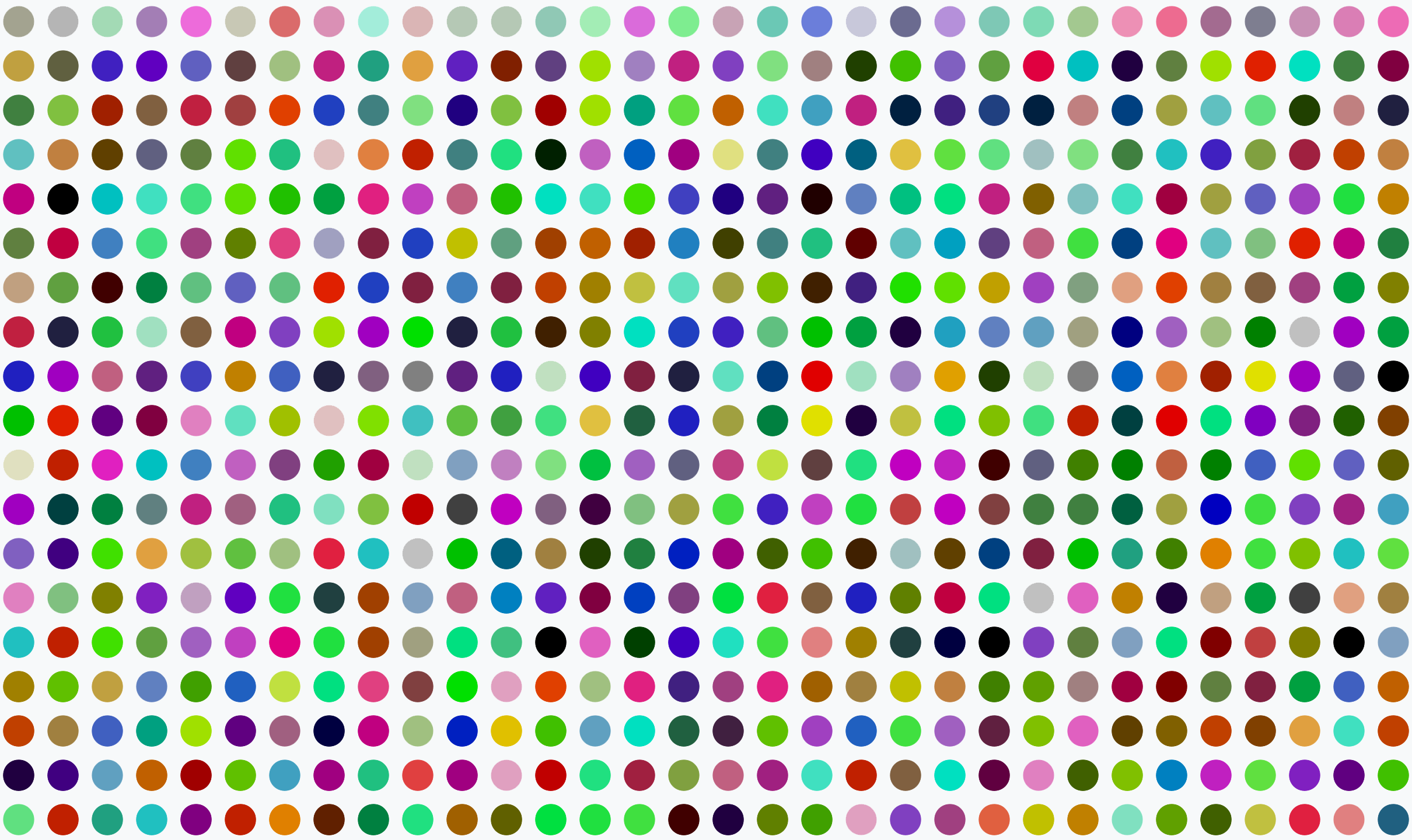 You go to a matinee: Spencer. Wow, Kristen Stewart, but blonde. She has a line that sticks with you. It speaks to your own growing sense of fungibility. On the windswept palace steps, she snaps that she’s “getting ready to be a face on a coin”—Princess Diana as prisoner of the arbitrariness of value. Value, that flighty thing like an unwieldy tent that you have to stake and stake, yet still it flies away. In the Guardian some years back, Sam Knight wrote a brilliant piece about the elaborate pageantries of the British monarchy, specifically the absurdly in-depth procedures prepped for the eventual death of the Queen. The Queen’s death being, in fact, a huge opportunity for the Crown, perhaps its last chance at staying relevant, like a series Z funding round, an eleventh-hour injection for the withered walking corpse.

After the movie Lev tells you more about crypto: Tokenomics 101, the emergence of something called DeFi (the scam within the scam), an NFT marketplace called OpenSeed. You google it and find yourself on a website for meditation pods that look like enormous aluminum artichokes. No, he says, OpenSea, like with waves. That does the trick. You start scrolling and are stunned by the number of monkeys. Oh yes, he cackles. Where cryptocurrencies are canine, NFTs are pronouncedly simian. The culprit is the Bored Ape Yacht Club, a viral collection of ten-thousand-something ape avatars which retail at three grand apiece and have been flipped for as much as three million—at Sotheby’s, no less. Since then, everyone’s a copycat: there are 3D Apes, Desperate Apewives, Anatomy Science Apes, and mirror-flipped aperies of the original Bored Apes (two separate camps, in fact, currently embroiled in a lawsuit).


You might think this is all arbitrary and new, but Lev is quick to suggest otherwise. In fact, the NFT ape craze hearkens back to singerie (French for “monkey trick”), a sub-genre of painting—thought to have originated in 16th-century Flanders—entailing the comedic transposition of apes into human environments. Monkeys would be depicted wearing human clothes, plying human trades, and even (at the most meta level) making human artworks. People want to imagine NFT artists as just a bunch of teenage jerk-offs, but Lev tells you that they’re not only talented artists, they’re also self-aware cultural critics. Trust me, you won’t be the only Web3 parvenu with a master’s degree, he says. And indeed Lev has a Big Idea. Your other friend Clive, a freelance graphic designer who lives in LA, has been learning how to make NFT art. Soon his apprenticeship will be complete. In the meantime, all you need to do is come up with an ingenious idea for an NFT collection. Then Clive will draw/code the tokens and you’ll all be millionaires.

This makes sense to you. It’s somewhat baffling that five years out of college, you still have yet to make your fortune. Though your previous get-rich-quick schemes invariably failed, each failure had something fluky about it. This one feels different. After a brief discussion, you agree on the concept: Luminaries, a collection of famous thinkers, artists, inventors, and pioneers. The criteria will be as follows: each Luminary must be (a) dead, (b) some kind of genius, (c) decently well-known, and (d) not objectively evil—for example, yes to Confucius but no to Mao; maybe to Lenin, no to Stalin; and no to Muhammad (you wouldn’t want to get Hebdo’d). 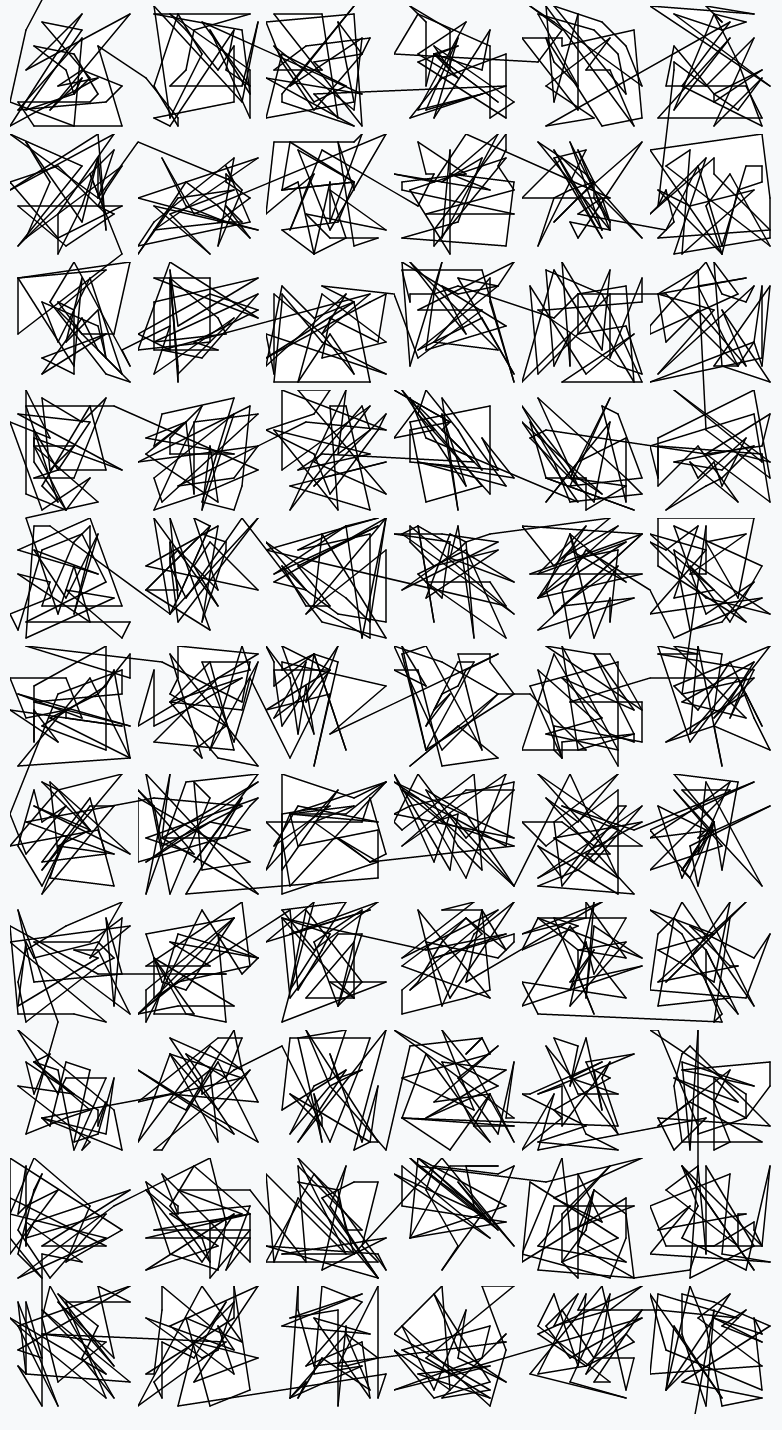 All that remains is to settle on an aesthetic. Most NFT collections are gaudy, cartoonish, and/or oozing a precocious nostalgia for 8-bit pixel art. You envision something more timeless: after all, your creations may well be destined to hang in the galleries of the MetaVerse for millennia to come. Seeking inspiration, you go to the Met with your girlfriend. You share a joint in the park while walking over and then wait for twenty minutes in the down-the-block line. As soon as you get through admissions, your girlfriend announces that she has to pee, so you breeze through the Byzantine exhibit without a sideways glance. You hail a docent for directions to the restroom.

Medieval Arch she says, maybe? You pass under an archway that looks decently medieval, but you can’t find the restroom anywhere. Your girlfriend has the world’s smallest bladder, and in her discomfort she’s entirely incapable of appreciating the art, so you traverse the hallways and stairways at a speed-walk, whipping past the other museumgoers who mull about in that zombified way that signals the nearness of the sacred.

You pass Hagar in the wilderness. You pass a huge Christmas tree and a preening Jesus and a white naked Venus, flanked by conch-blowing cherubs, recumbent on a wave as if it were a chaise. You pass vanitas paintings with leering yellow skulls, a Renoir entitled A Road in Louveciennes, which you want to look at forever but can’t, and a stunning Mary Magdalene so ivory-white she’s practically a grisaille. You don’t see any coins, but you know that they’re here somewhere too: little drachms and guineas with time-warped rims and ancient kings staring past them. You begin to feel woozy, overstimulated, tasered by genius, and you haven’t even gotten past Europe.

In this kaleidoscope there is very nearly everything, and yet no restroom. The restroom does not exist. Back on the ground floor, your girlfriend google-searches a map of the Met while you inspect a 17th-century ebony and mother-of-pearl cabinet by an artist named Herman Doomer. The cabinet’s doors are flung open, and inside you see not only drawers but also what looks like a little ballroom, with a chessboard floor and floor-to-ceiling mirrors. Could the bathroom be in there somewhere? No: improbably enough, the map shows a W.C. tucked amid the suite of rooms designed to emulate the sumptuous interiors of 18th-century France. You head that way, moving in a daze through the gilded chambers, staring dumbly at the rococo candelabras and Savonnerie carpets and super-plush four-poster dog beds. Your girlfriend spies the restroom and makes a run for it, and you wait outside, long-exhaling to calm your nerves, wondering why great art makes you so anxious. While you’re waiting Lev texts you an OpenSea link. Bad news: the Luminaries thing has already been done, just like every other idea that either of you have ever had. The collection is entitled Famous Historical Figures, and it looks only incrementally worse than what you were picturing in your head. You’d only gotten to around 200 names in the spreadsheet, but still, it’s a blow. You see Nikola Tesla, Frida Kahlo, Ben Franklin, Harriet Tubman—the whole gang is there, rendered in bright, circusy colorways. On the plus side, they’re worth jack: between .01 or .02 Ethereum, or $30–60 per head. Some other idiot has saved you the wasted effort.

On the metro home a homeless man with frostbitten feet falls into you. You brace him and he sinks into an open seat. You sneak glances at him the rest of the way, but there’s no need for stealth: his milky eyes are fixed on the rolling paper clutched between his bulbous fingertips. The train fills but the seats around him stay vacant. A sort of force field girds him, an invisible tutu. All of a sudden you remember that you’re already rich, in the same rote way that you remember state capitals and the names of dead presidents.

You fish in your pockets for change but you find only crumpled receipts and lint. As so often happens, you have to suppress an urge to take a picture of him (a perverse urge, a stain on your person, this habit of hallucinating art everywhere). The man finishes rolling his cigarette and licks the gum arabic. The smoke is perfection, surprisingly slim. He brings it to his lips, and in profile you see it: he has a beard like the kings on the coins.

Preston DeGarmo is a writer/screenwriter based in New York, currently pursuing an MFA at Columbia.

Rhea Myers is an artist, hacker, and writer originally from the UK and now based in British Columbia, Canada. Her work places technology and culture in mutual interrogation to produce new ways of seeing the world as it unfolds around us.