Parachuting into a Thimble and Other Poems 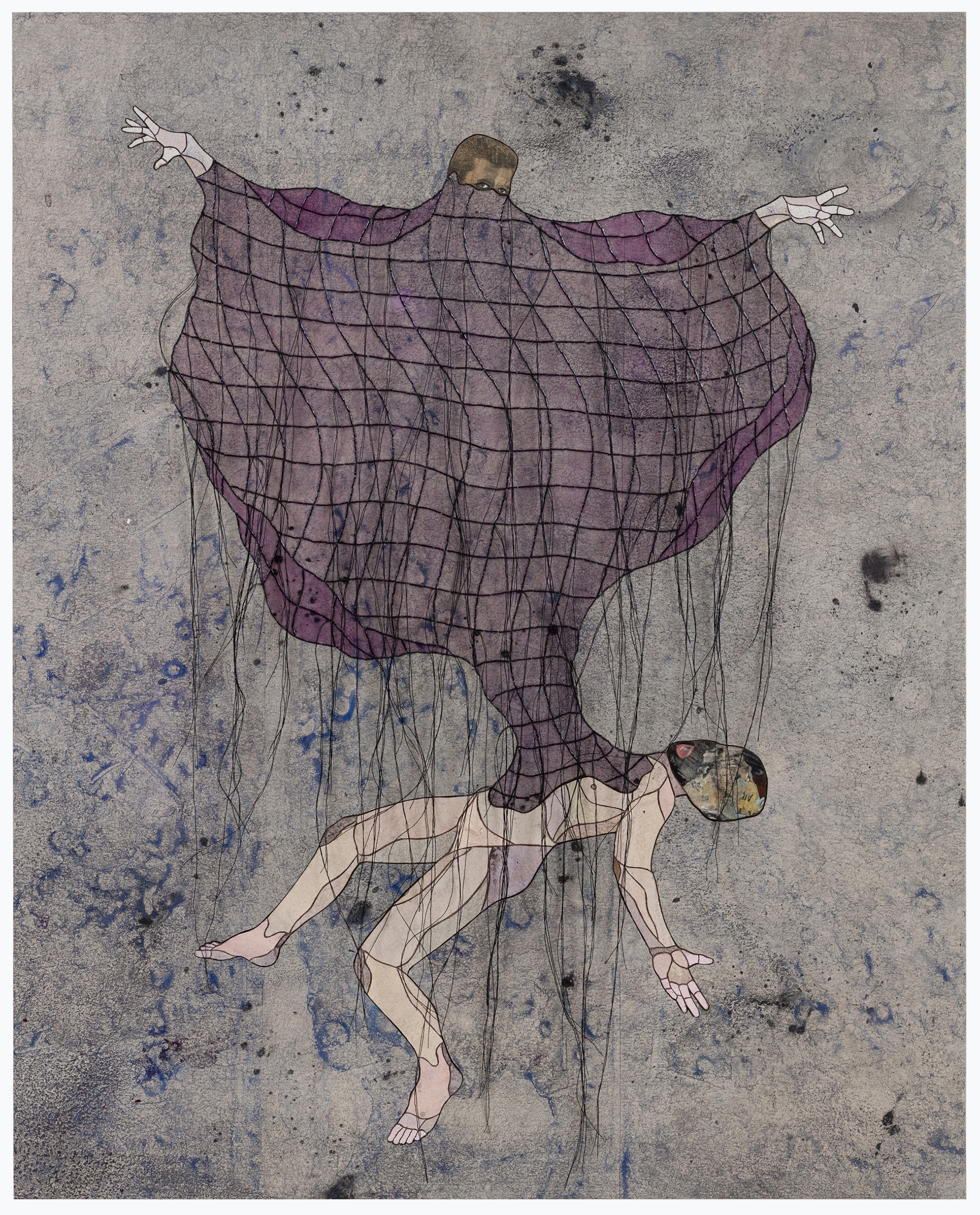 Parachuting Into a Thimble

The Sal Mineo Fan Club button
on your rose embroidered blazer
gives him back to us under the hazy water
of the lost Fifties. You like his bad-boy,
vulnerable, slightly goofy look,
and that his name references two fish:
salmon and minnow. What’s with that?
“Out of the ocean, we walked on fins—that’s what.”
We don’t discuss his characters’ squirmy torment
in Rebel Without a Cause, or his real life
trapped-in-the-shadows sex life,
or being stabbed dead at thirty-seven.
You do ask if you’re too old for the button.
And then say, “Of course, I’m timeless.”

Knowing that these late birthdays irk you,
I leave age unmentioned
during homemade lasagna and toasting
whatever good health and years are left.
We lean on the tabletop, push up,
stagger to the couch and there he is,
brooding eyes, pouty lips, on the screen.
Only it’s later, from the Sixties.
He’s one of four men in a prison cell,
three of whom circle the weakest,
the dark waters of their hunger closing in.
Your hand, mine, arms collapsed on each other.
You rub my shoulder gently. “I can’t watch
men do this, even to another man.” 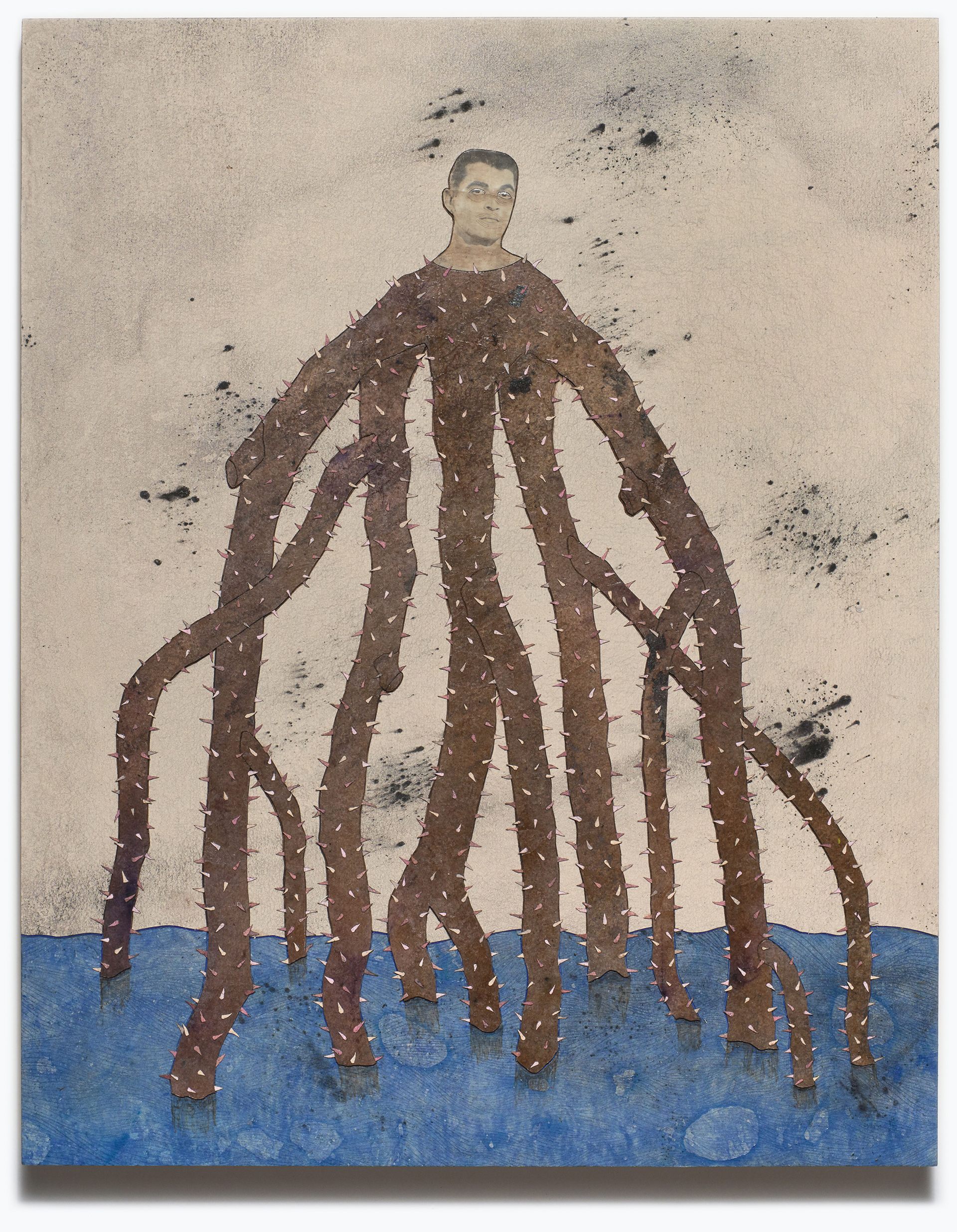 Felipe Baeza, I who was taught, by you, to be invisible in order to be safe, 2021.
Ink, charcoal, varnish, acrylic, watercolor, and cut paper collage on panel, 20 x 16 inches.
© Felipe Baeza, courtesy Maureen Paley, London

You Couldn’t Call It a Plan

If he doesn’t return from the dead, his surprise party will be a complete bust, all of us standing in the dark waiting, the dark itself waiting, owl-eyed, saber-toothed.
If he isn’t back to put one pavement square in front of the other, kick the last out behind, create his moving-target poetry, who will we aim at? He was our entertainment, our interpreter of the cardboard-curbside tablets.
If he isn’t here to say to the woman with the falcon tattoo flying up her neck, “You don’t have to train it, and it follows you everywhere!” will she still have that glow?
He who revisited the meager light and splintered shelves of broken basements, who cracked open the dank moment and devoured its iffy fruit.
If he isn’t around to warn that the thing swimming in and out of us takes little bites, good luck with all future inventories.
He with his famous self-questioning—What are you hiding? Do I know?—picking away at the human knot.
If he doesn’t contain the seven-year-old tree climber up by the wires, and the hungriest baby ever, and the guy who promises himself never again and then doubles down on the lie, will we recognize all our living ghosts?
If he isn’t here to notice each day wash up across a strangled ocean, under a bridge of broken teeth, with so many loved ones gone, that if we weren’t walking in this world, we’d swear they took it with them, what will we make of the horizon’s battered eye?
If he doesn’t return for his surprise party, when we switch on the lights, we’ll see only our own faces, turn away from each other, bury them in paper plates and stuff ourselves ruthlessly with the Oreo Cheesecake from Veniero’s that he loved perhaps too well. 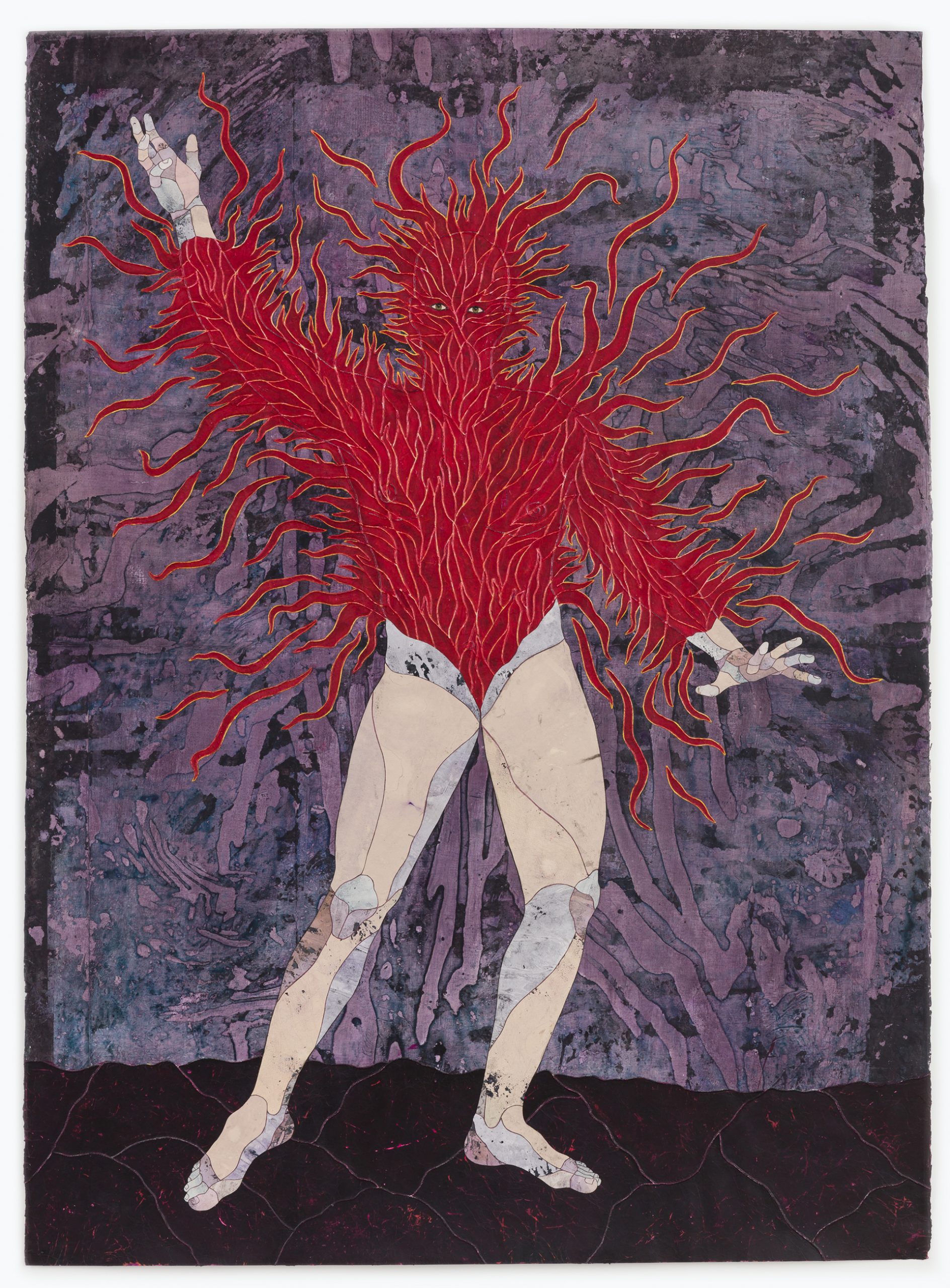 had not an Easter Island head, but a living Semitic skull, black-rimmed glasses black beard, jeans, no belt, fire-escape thin, too human to be a statue,
who could be found in the Mee Noodle Shop staring with owl-eyed frankness at a young scribbler’s reflection in the window—gone, only the backs of menus crawling up the glass,
who, after reading in East Orange, New Jersey, greeted long-lost, gnome-like cousins, whom he kissed, hugged and danced with in little circles holding hands,
who, out of the loony bin of his time, piled up long lines compacted stonelike against Moloch’s machinery—unstoppable, but unable to grind them down,
who contained mad Naomi, limping Rose, rhyming Louis and lusted after Kerouac’s football player beauty soon unchiseled by booze,
who wore the fluorescent halo of supermarket aisles, sprouted the dark eyes of broken sunflowers, and lay down beside pachydermal locomotives caged in rust,
who opened the door of the poem wider than Pound, than Williams’ waterfall of words,
our most democratic, socialistic, communistic, hedonistic conscience, orbiting America as America orbited him,
who was Ginsberg moving, Ginsberg at rest, Ginsberg in dust, with a taste for teenage boys that should undo any fledgling movement to erect a statue,
who danced and chanted on the stage in East Orange, got knocked down and liberated of cash in an empty lot in the old East Village, now as lost as any Russian shtetl. Lost, that was once his home. 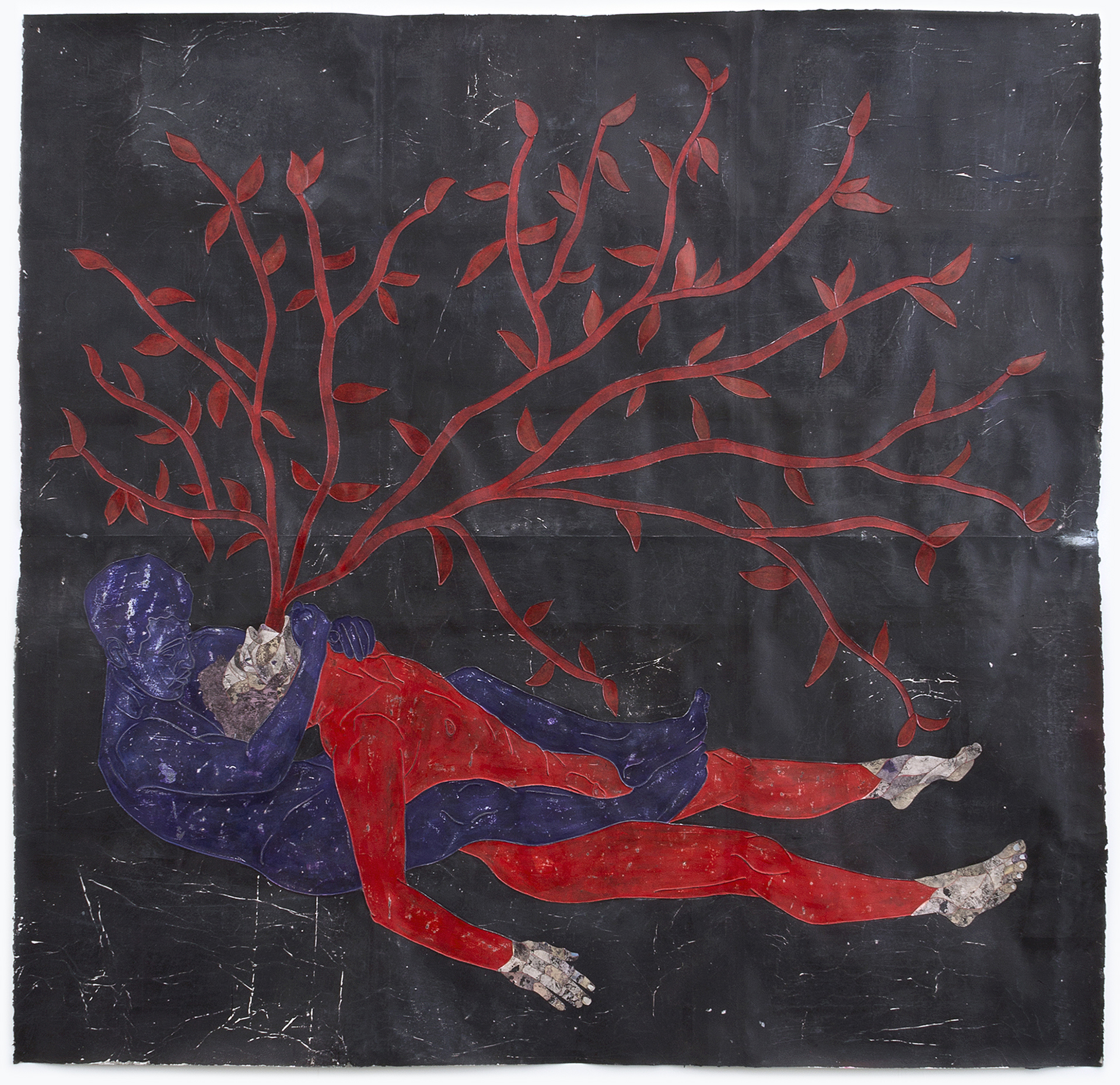 Felipe Baeza, My vision is small fixed to what can be heard between the ears to the spot between the eyes a well-spring to el mundo grande, 2018.
Ink, graphite, twine, glitter, egg tempera, and cut paper collage on paper, 87 1/2 x 90 inches.

My brain’s 7:36 a.m. alarm goes off all night.
Your head kicks at something.
I’ve become a man who resents
the wind’s sloppy kiss, sunlight’s no-look leap.
You’ve become a woman who wouldn’t mind
breaking the noses off Mt. Rushmore’s faces.
Still, we keep it contained.
Others would have to be us to know.

The bathroom mirror winks. We’re in, we’re out.
Why were we always such a struggle back then?
Why equal, but always one more so than the other?
We only threw dishes that should have had wings.
We only yelled our dance.
We only shook our fists when imitating maracas.
We only wept together.

As for the kids, they call: “I lost my job,”
or “My marriage won’t make it.” Never:
“I won the Nobel Prize. Can you help me with my speech?”
We don’t have to invite them for dinner;
they show up anyway, open the fridge,
study the shelves, as if it’s all theirs.
As if we are all theirs.

I’ve become a man who admires
pavement squares punched crooked by roots.
You’ve become a woman whose eye rides
Pollack’s roller-coaster line from canvas
to the tiny bars of light on your fingernails.
Our memories are bordered by cracks and curbs.
The hole in the wall that the calendar hides—
you know how it got there. It’ll never go away.
If our current velocity holds,
we’ll bow before it, somewhat bewildered,
weep together and whisper our dance.

Douglas Collura lives in Manhattan and is the author of the book Things I Can Fit My Whole Head Into, which was a finalist for the 2007 Paterson Poetry Prize. He won first prize in the 2008 Missouri Review Audio/Video Competition in Poetry and was nominated for a Pushcart Prize in 2019 and 2021.

Felipe Baeza (b. Guanajuato, Mexico) is a visual artist who lives and works in Brooklyn, NY. Baeza's practice is equal parts confrontation of violent pasts and a tribute to people whose sense of personhood is constantly litigated and defined by those in power. Baeza's recent exhibitions include The Milk of Dreams, 59th Venice Biennale, Venice (2022); Prospect 5. New Orleans: Yesterday We Said Tomorrow, New Orleans (2021); and Unruly Suspension, Maureen Paley, London (2021). Baeza received a BFA from The Cooper Union and an MFA from Yale University.