Regarding the Pain of Others: Grizzly Man 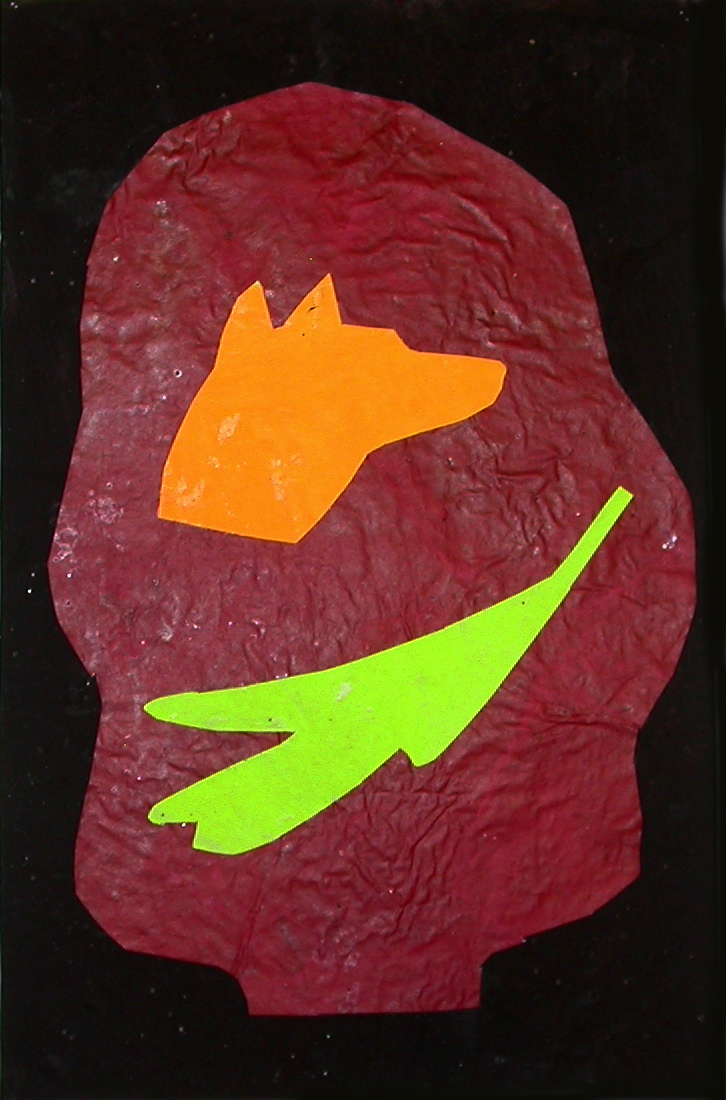 For thirteen summers, between 1990 and 2003, Timothy Treadwell lived with wild grizzlies in Katmai, Alaska. Before that he’d been failing as an actor and drinking to blackouts. He thought the bears loved him because they didn’t attack him. He named them Thumper, Hulk, Mr. Chocolate, Squiggle, Czar, and Booble, kvelling over their giant bodies and razor teeth—even the warmth of their turds. He got down on all fours, sang and read to them.

In the footage he shot of himself, he wears a blond, Prince Valiant hairdo tucked beneath a bandana, and as he speaks, bears and other animals sniff and scratch in the background, like extras in a movie. The monologues start with a sort of wilderness lecture that soon bleeds into confessions about his dreams or into rants against the civilized world. He wants something from the camera, then and there.

He said he was protecting the bears, although their habitat was already a refuge and there was little danger from poachers. In the footage, he thanks the wilderness for protecting him and giving his life meaning. Often he sounds like Stuart Smalley, the character portrayed by Al Franken on Saturday Night Live, reciting an affirmation he doesn’t believe to his mirror: “I’m good enough, I’m smart enough, and doggone it, people like me.” 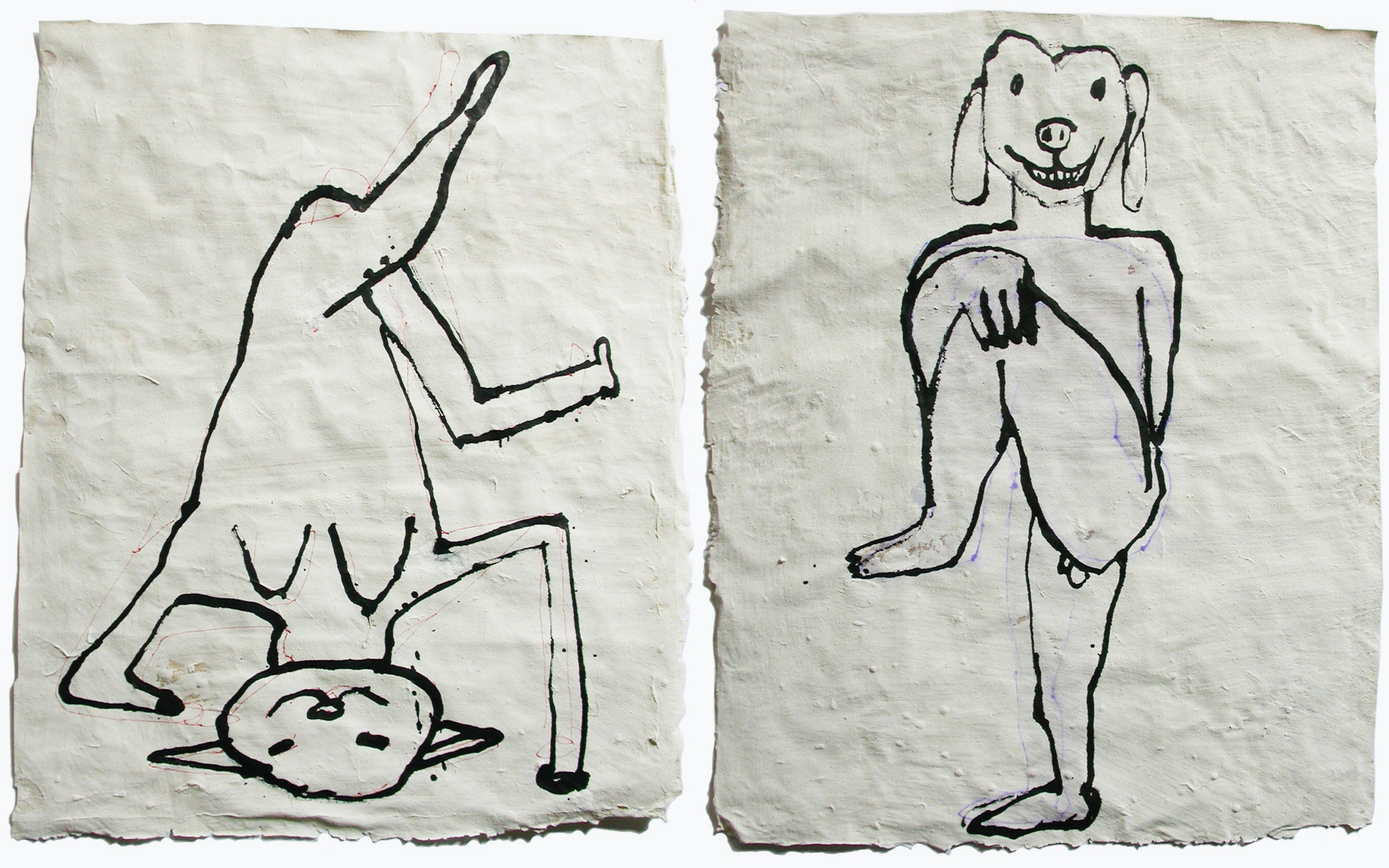 What Treadwell disregarded was the ferocity of bears and the independence of nature from human understandings. He’s hardly exceptional in looking past what there is to see. The word diorama means, literally, to see through, and Treadwell’s idealization of wild animals has something of the determinism of the famous habitat dioramas displayed in the Museum of Natural History in New York City. Created by the specimen collector and taxidermist, Carl Akeley—he went on African safari and hunted with Teddy Roosevelt—the scenes strangely reflect the idealized American family: typically, a strong father-figure animal confronting the viewer as he protects a female in the background and young ones gamboling beside a water hole.

Treadwell’s bears aren’t protective fathers. Like him, they are figures miscategorized in the human world. Women don’t stay with Treadwell, although, he assures the camera, he’s good in bed and has a loving heart. At one point in the footage, he thinks it would be easier to have what he imagines are the quick assignations of gay sex. Having become free among bears, he reasons that bears, too, can be liberated from the fears of humankind and inhabit their true, loving natures. In this understanding, ferocity is a kind of neurosis bears can reject. The proof is their gentleness toward Treadwell.

This is the character depicted in Grizzly Man (2005), a meditation on Treadwell, made by Werner Herzog, that uses a portion of the 100-plus hours of footage Treadwell filmed of himself as well as interviews Herzog conducted with people who knew him. Herzog acknowledges the rare vantage point of Treadwell’s nature photography, capturing the private world of the bears. We see them snatching salmon from streams, cavorting in rapids, or, in territorial battles, tearing huge patches of fur from each other’s hides. Herzog, who appears in the documentary, makes a show of viewing Treadwell as a mystery that can’t be unraveled. He doesn’t believe that, and we know he doesn’t because he isn’t interested in the struggles and confusions of his subject. Treadwell is there as a cautionary tale about what happens to people who project ideas onto nature. To Herzog, nature is radically indifferent to human concerns and must be respected for that.

It’s doubtful Herzog would have made a film about Treadwell had he not, finally, been eaten by a bear. In October 2003, Treadwell and his girlfriend, Amie Huguenard, who was afraid of bears, were attacked and dismembered by a mean grizzly not known to Treadwell. Annoyed by an incident with an airline representative, Treadwell had stormed away from the airport and returned to his camp much later than ever before and at a time of year when bears feed aggressively before hibernating. Had someone other than Treadwell met this fate, it would have made gory tabloid copy, but it would not have inspired a film—nor would a Treadwell who’d gone on mingling with bears unharmed. It’s the combination of hubris and Treadwell’s comeuppance that serves Herzog’s aims.

The director’s ambivalence toward his subject makes it difficult to watch the film. We don’t know what kind of pain we’re being asked to look at. Herzog’s attitude to the deaths is especially unsettling. The mauling is key to his interest in Treadwell, and yet it’s treated coyly. Facts about the carnage are reported by an oddly theatrical coroner who autopsied the bear, which had been killed, and the human remains found at the scene. We’re shown a quick photograph of the internal organs of the bear, filled with human body parts. It’s like the wolf slit open in “Little Red Riding Hood,” although in the fairy tale girl and grandmother magically emerge intact. 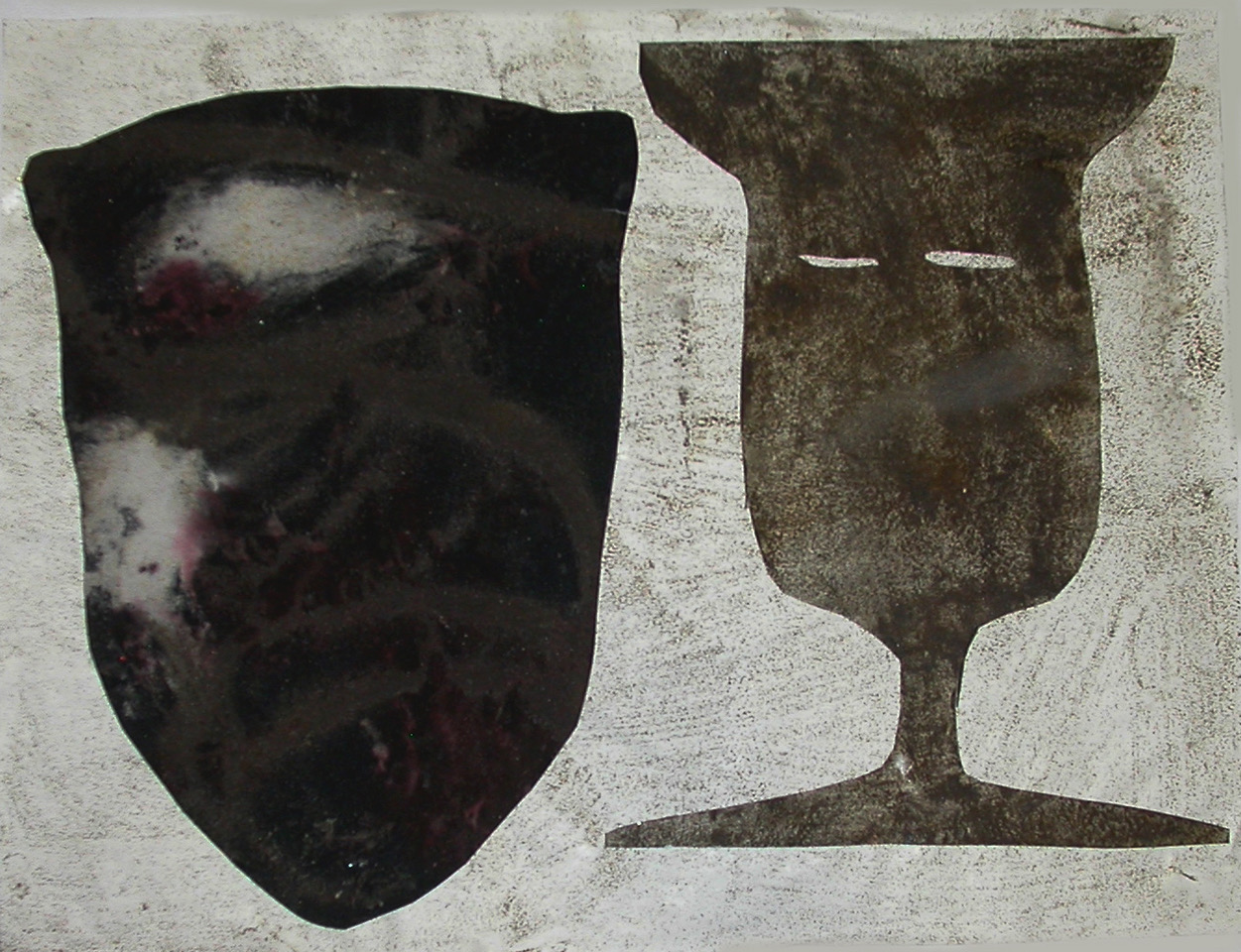 The deaths of Treadwell and Huguenard were recorded on Treadwell’s video camera, although not the images, because the lens was capped. “Come out here, I’m being killed out here!” “Play dead!” “Fight back!” are some of the anguished cries that rise to high-pitched screams, reported in accounts of the attack from people who have listened to the tape. It’s not played in the film. Herzog films himself listening to it, shaking his head with horror and advising Jewel Palovak to destroy it because it will haunt her life. She had been Treadwell’s girlfriend at one time and had coauthored a book with him. A short-haired blonde, she nods compliantly and begins to cry. She owns the rights to Treadwell’s story and is credited in the film as co-executive producer.

Herzog may have felt sympathy for her grief, but the viewer sees a director being solicitous while planning to dismantle in a different way the person she cares for. More than anything, Treadwell wanted to tell his own story of his life with bears. The name Treadwell is an invention. So is a claim he made at one point of being Australian. He traveled to Alaska with women but kept them off camera, giving the impression he was alone. (Huguenard’s death is the only place she’s made visible in the film.) What interests Herzog is the cost of conviction in your own blind—or partly-blind-sense of reality.

Perhaps Palovak’s involvement with the film constrained Herzog from ogling the deaths directly, but ogle them the film does—possibly more ghoulishly, with its fluttery evasions, than a blunter approach might have done. I’m not saying withholding the tape was a mistake. There is probably no way to witness the suffering of Treadwell and Huguenard without stirring nausea and prurience. The problem is, we don’t know the stakes for Herzog of telling this story because he’s convinced of his position. He doesn't seem to register that all concepts of nature, including his own, are devised by human beings. Maybe nature is not always indifferent. The bear that attacked Treadwell was a bear he didn’t know, while the bears he did know never harmed him. Maybe they didn’t want to. 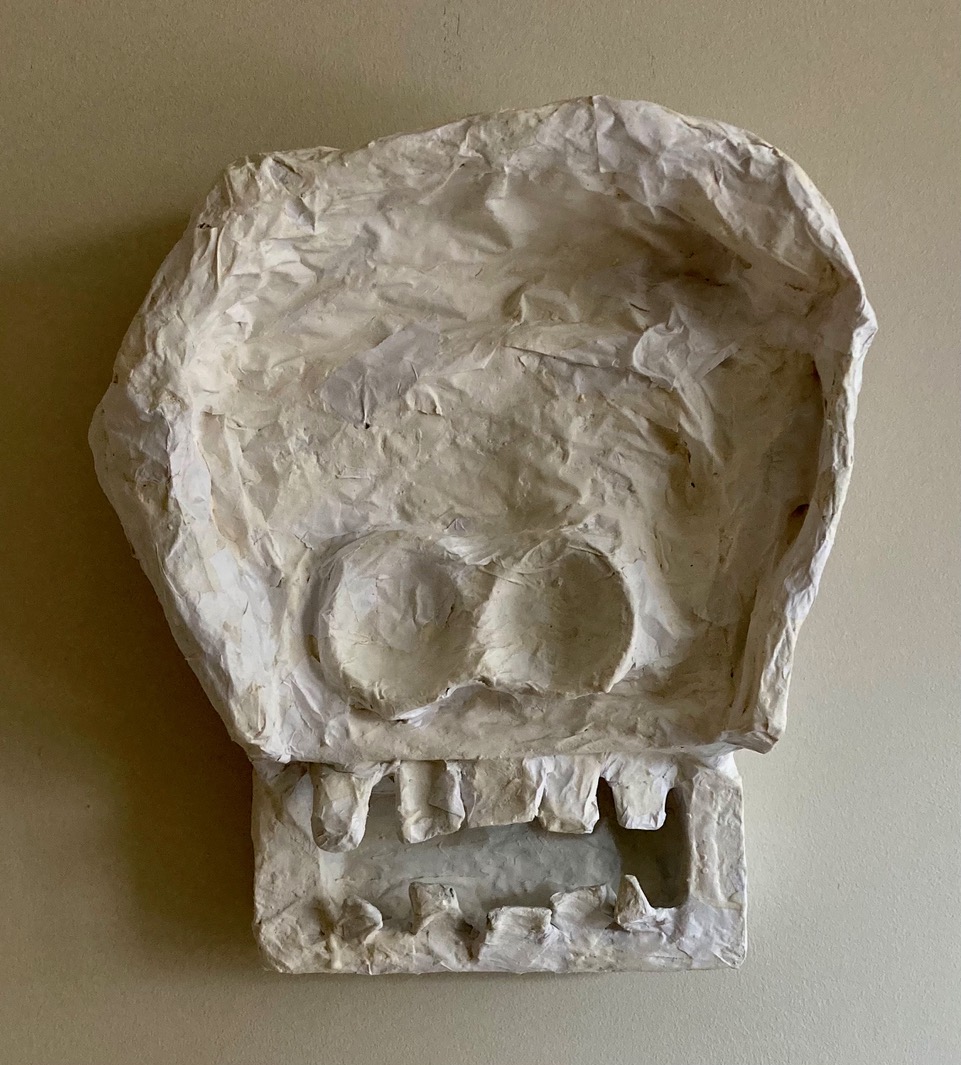 On-screen and in voice-over contemplations, Herzog likes his nature macho and indifferent—something a man can look up to. He interviews a Native American wilderness specialist and other ecologists critical of Treadwell for introducing grizzly-watching as a tourist attraction dangerous to humans and bears. It’s hard to imagine an unsympathetic portrayal of a person who gets eaten by a bear, but some people in the film come close to saying he deserved what he got. The film invites viewers to distance themselves from Treadwell, although maybe not to the wacko degree of the clerk at the video store where I rented the movie, who cackled with glee and said, “The way that idiot gets killed, man, I never laughed so hard.”

This is a version of the bullying Treadwell fled before finding bears. Bullying he hoped to escape by toughening his body and living apart from human beings. The bullying, though, is what draws us back to this infantile man, who kvetches, and primps, and cuddles things. It’s perhaps Herzog’s cunning as a filmmaker, after all, or the rogue way human emotion refuses to be corralled by moral lessons that, despite Herzog’s position, we’re able to grasp the stakes for Treadwell of his adventure. Coming to know him, we feel an obligation to throw a comradely arm around the shoulder of this most lonely person. If we don’t regard Treadwell’s emotional pain, what are we looking at?

He is every child at camp no one will play with, the kid who seems to invite punches because he can’t see them coming. His is the vulnerability we hope adult life will cure us of and can’t. As I watched the movie, I felt burdened by the extra knowledge I thought I had over Treadwell, and I wanted to put as much space as possible between myself and him. But he stayed with me, and after a while I began to see parts of myself in him, such as the way his emotions made it difficult for others to feel their feelings. Friends of Treadwell’s interviewed in the film suggest he bolted from feedback. Eventually, he abandoned human beings, who tell you things. How restful it must have been to escape language altogether, with its imminent threat of interpretation. Among bears, Treadwell was free to release the grizzly inside him, a creature that was headlong and unable to be reasoned with.

Laurie Stone is author most recently of Streaming Now: Postcards from the Thing That Is Happening, a collage of hybrid narratives. Other recent publications include Everything Is Personal, Notes on Now and My Life as an Animal, Stories. She was a longtime writer for the Village Voice, theater critic for The Nation, and critic-at-large on Fresh Air. Her website is lauriestonewriter.com.

Carol Bruns makes drawings and sculpture in Brooklyn, New York. Her work focuses on the human experience in its multiplicity and depth, and her forms weave together European Expressionism, Jungian archetypes, world-wide indigenous art, and folk art. She first showed at the OK Harris Gallery in Soho in 1975, and most recently at Sculpture Space, SRO Gallery, and Zurcher Gallery (2022). Ms. Bruns also writes reviews and essays, most recently for dArt International and ArtCritical.