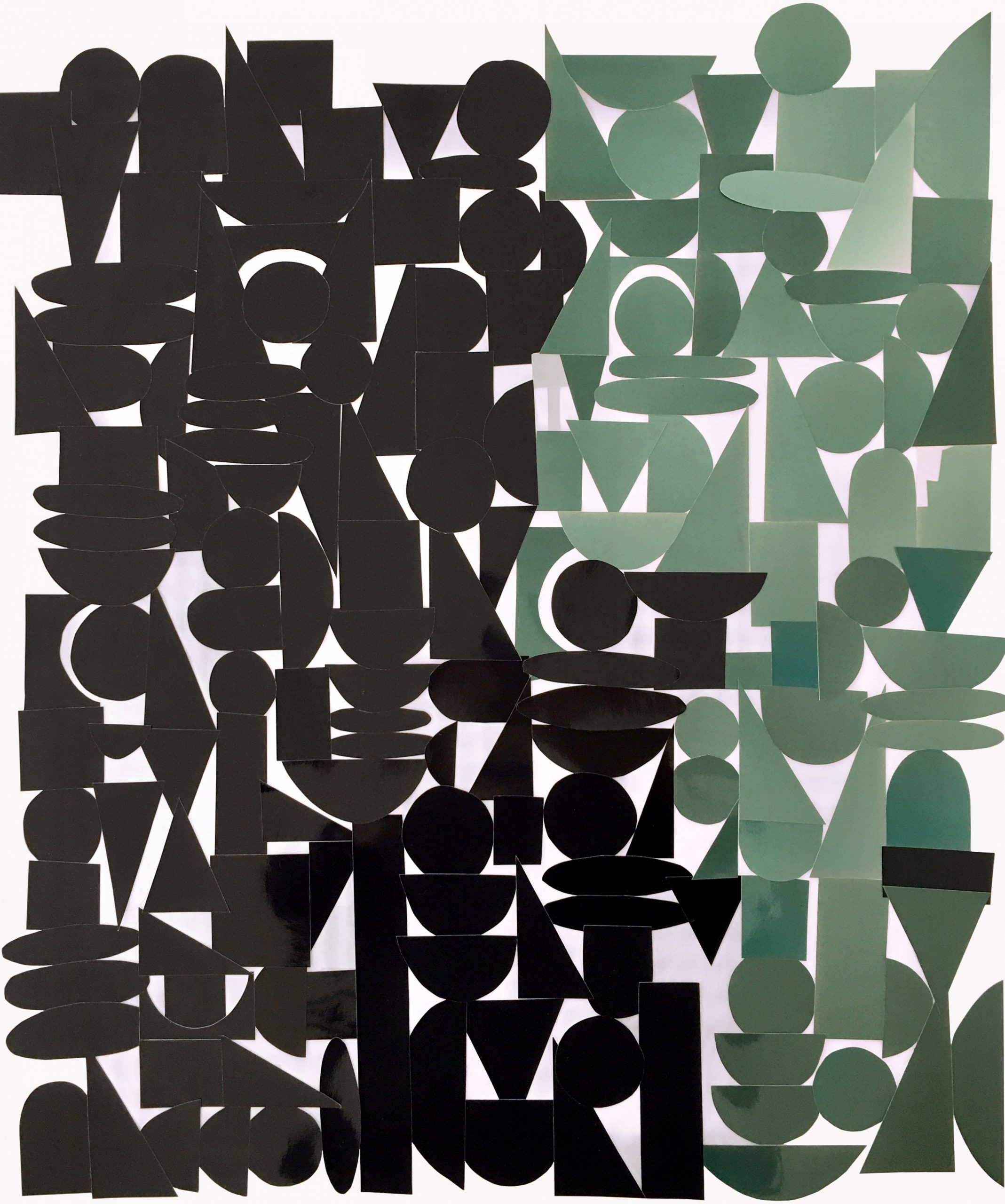 The card on which my name and my dates are written, date of birth, date of detention, presumed date of death, that frail card has been handed to someone entering the Museum, that is all I know, that is supposed to be enough. Such are the rules of this universe, I am kept in the dark as to whether it is a man or a woman who reads the information, it might even be a child, of course, of course, who came to this place to learn about Memory, reflect upon the victims of that catastrophe, so the past will not be repeated. As if the past is not repeated endlessly for some, as if that could ever be avoided.

This is not the first time someone reads me back into this transitory existence, not the first time I live for the shudder of time it takes for whatever visitors are clasping my name in their hands to meander through the Museum and then, at the end, erase me, return these thoughts of mine to the anonymity of the box at the building’s exit where my card, each time more threadbare, will repose until it is once more retrieved, if indeed I am once more retrieved and not shuffled away with other cards that are scruffy and frayed, incinerated to make room for somebody else plucked out of the fog of history.

So I must savor the brief spasm of this restitution while I can, while he or she who grasps the card and glances at my name and pronounces, generally with some difficulty, the foreign-sounding syllables of the place where I was murdered, I should be grateful for this circumstance, aware of how many are not afforded even these minutes of resurrection on somebody’s imperfect, hesitant lips, I have not forgotten all the nameless denizens of the dark seething and sighing in the abyss where I came from, millions of them lost in the night of an interminable archive, never called, as I have been over and over, to remember who I once was, the remains of who I am.

Not an easy journey. 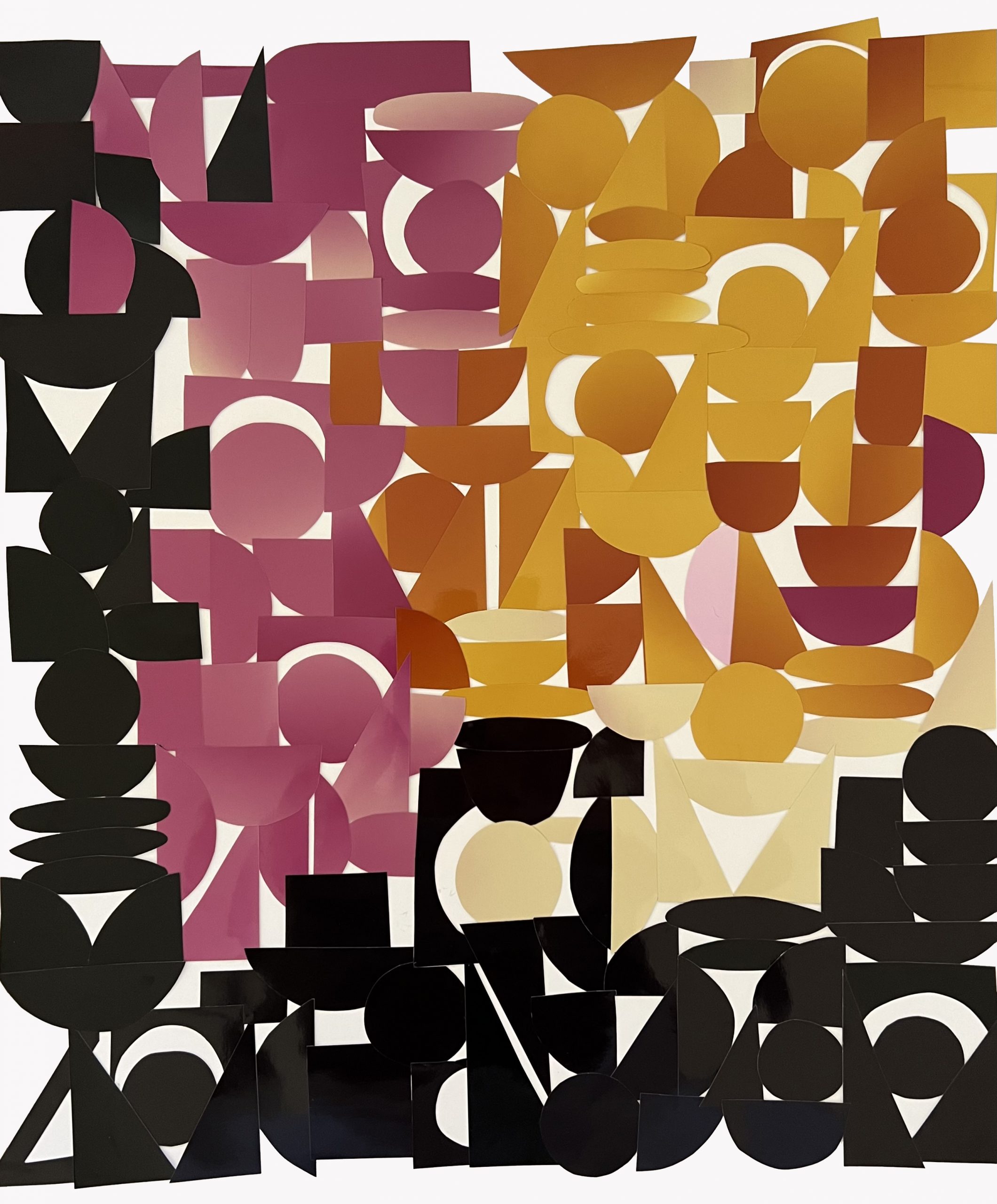 The first time I was roused, as soon as I was extracted from the depths of a dreamless sleep meant to be eternal, the first time my name was read by some stranger in this cavernous Museum, what immediately bit into me like a wild dog was the scene of my ending, those final pleading, cursing, desperate seconds just before those men—those men, their eyes and hands, that’s what surfaced. Only natural, I would tell myself later, that the ultimate violence I had endured should flood my mind upon being unexpectedly jolted into wakefulness, no room to even wonder how such a miracle had been made possible.

That question was posed and resolved during my second awakening. I managed to eavesdrop, whether due to luck or design I still cannot fathom, on a conversation between the curator of this initiative and the director of the Museum as they congratulated themselves on how successful it had been. That’s when I understood that I was part of a Memory Experiment, my name had been stumbled upon by some obscure scholar and reaped, along with a small number of others, from a cesspool of oblivion, each one of us and our three naked dates then inscribed on a card to be assigned, at random, to each visitor as a way of experiencing, however fleetingly, what the loss of one fellow human entails. That was the plan: pin a face on the tragedy, avoid overwhelming guests, as the director called them, with statistics that cannot embody the pain of each life snuffed out like a candle never to be relit.


Never to be relit? the curator asked. Never? Not true, she said, her words echoing like footsteps approaching and then receding in my mind, we’ll prove it’s not true. We can relight the candle, allow a flame to flicker and burn for the duration of each visit, at least that long and who knows if beyond. Did she have the slightest inkling, that guardian of my name and dates, that her plan would induce a dawn of discernment inside a select few of the chosen dead, inside someone like me? Or is that also part of her project, that she has some hidden way of accessing the thoughts of those who are revived? No, no, that cannot be, she cannot be aware, she who is my Maker, that those nominated for this rescue operation lurk in the depths of infinity waiting to be recalled, that each card would turn into a portal, a hole in space and time through which we ebb and flow, and that once we have been granted this tattered respite, we are trapped here, we cannot refuse the memories that engulf us. How could she possibly guess what I am being forced to witness as my card is fingered and worn out? 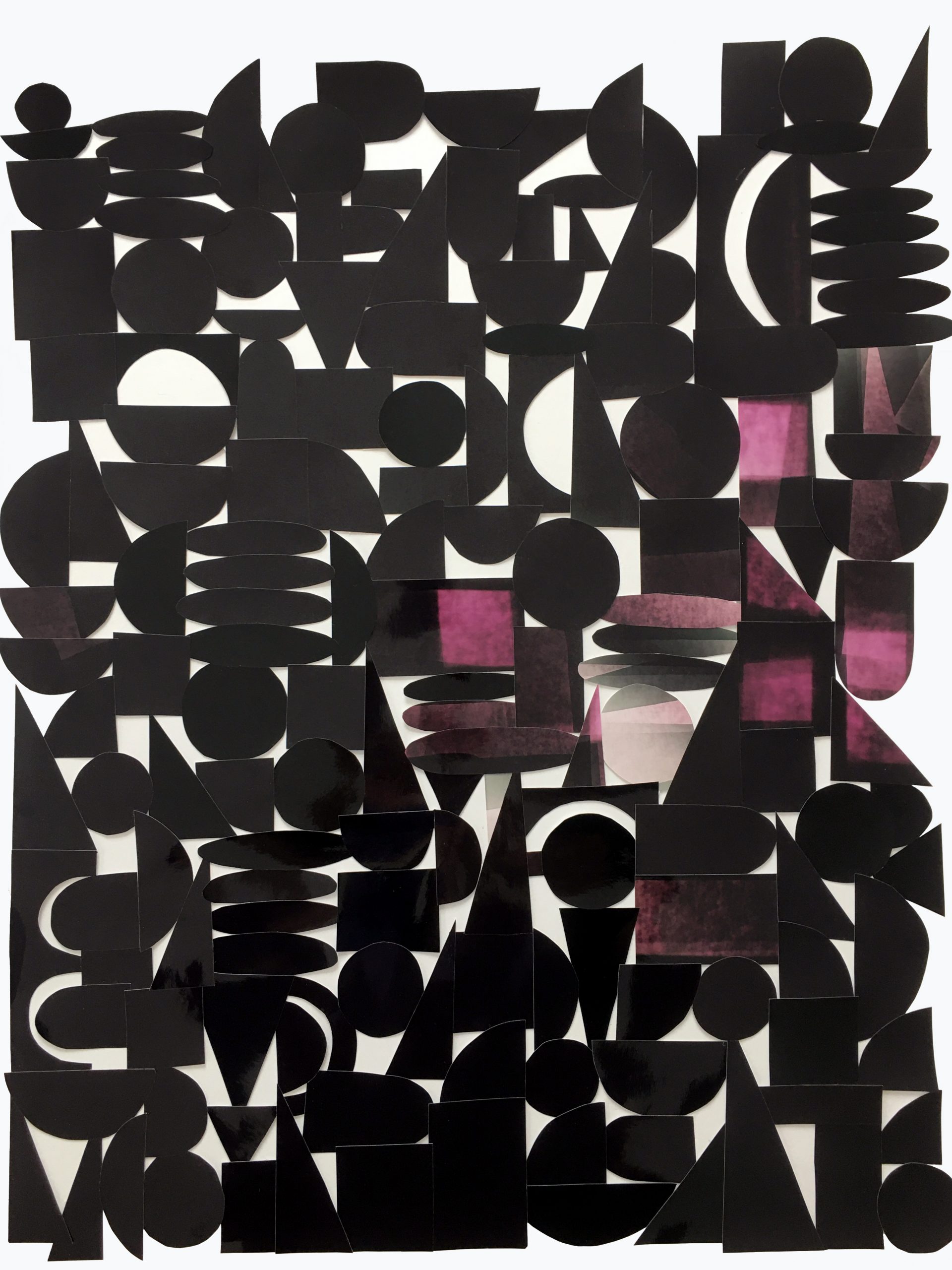 Initially, it is true, only the final gasp of life, the terror of dying all over again, but then, on subsequent recurrences, I managed to stifle my surprise and revulsion, and gradually took control of my emotions, told myself that this was a chance to go beyond the murder into which I had thought I would be forever frozen, that had been my last thought as I died, this is it, there is no more, forever frozen, the very last words plummeting through my brain as my heart stopped. Yet here I am, there is no time to lose, I should repossess whatever less lethal segments I could from the only past bestowed upon me. My mother’s smile when I tasted the cakes she had baked to celebrate my first day at school, that solitary secret kiss under a tree that must have been a willow because there was a brook nearby promising other kisses, other bodies pressing together on some morrow that never came, and venturing back to infancy, my inaugural memory, I slip a foot into a sea that is vast and auspicious and do not falter or fall because a hand is holding mine, I look up and it is my sister’s and she nods her head reassuringly, she does not know then and does not know now that she will have no card, has not been blessed with even a few minutes of relief from the darkness, like my other sister has no card, like my two brothers and my father and my mother as I watched what was done to them and—so it is, so it is, I am cast back, no matter to what joyful memory I escape, my final moments, so similar to theirs, will always ambush me, catch up with me, drown everything else out like the wave’s savage resolution when it knocked me into the sea that morning and my sister picked me up laughing, telling me that the ocean is salty because it has so many tears and we must not add to them.

I should have died that day, I should have let myself die that day, I would have if I had known what the future held, my sister would have drowned herself, we’d have sunk into the deep together, embraced like seaweed, if she and I, if we —But no, this is my miracle and I must not scorn it, I am the only one of the family, the youngest of us all, chosen for this experiment, there are not enough researchers to uncover all the names, not enough visitors in this city, in this country, in this world, to read that many cards, I am the one who is drawn from the well, it is my destiny to awaken and remember and then be recycled to start this process all over again.

If I get another chance, that is. 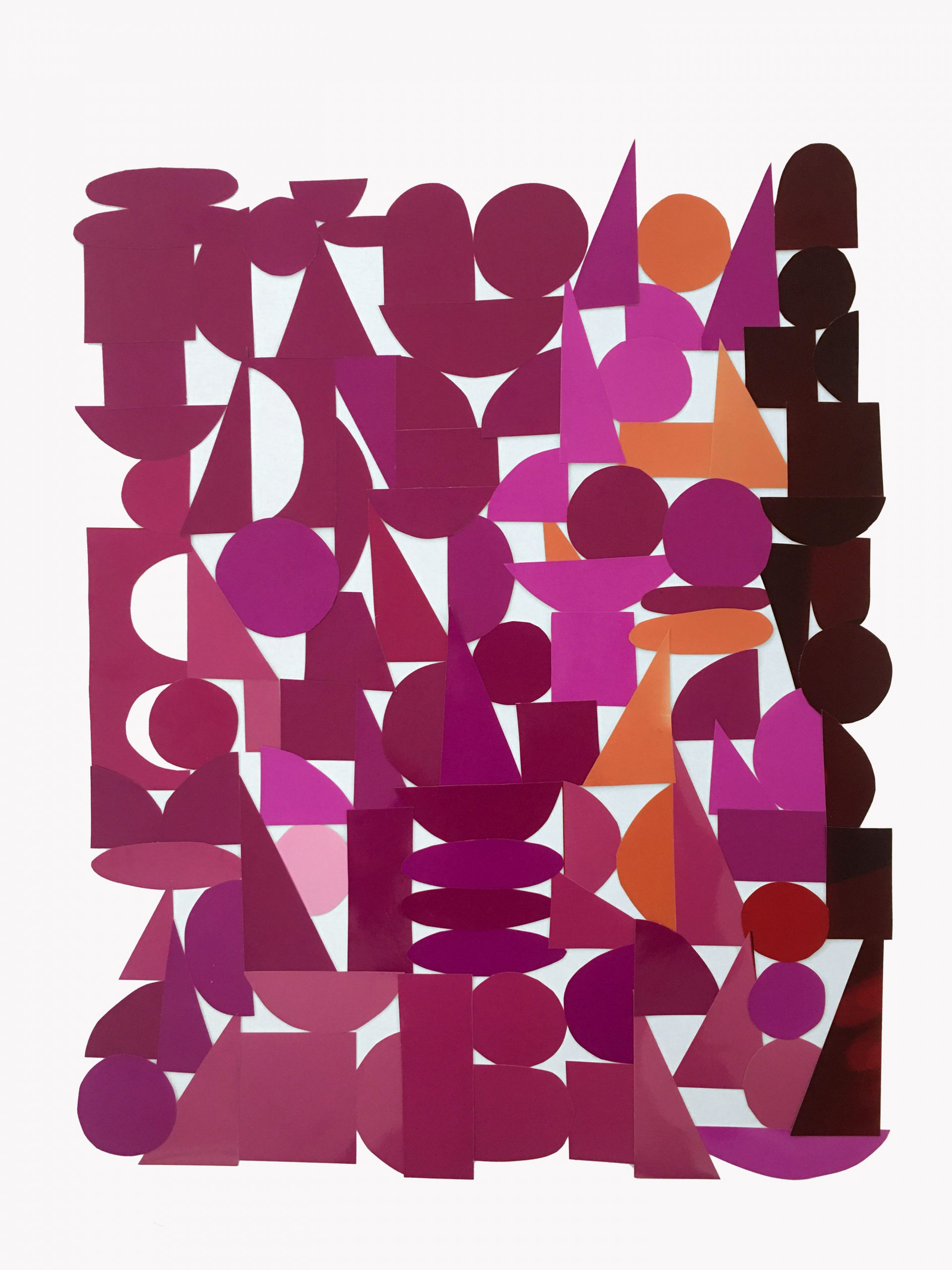 If this does not happen to be the last time that I will rise from the ashes, that is the closing thought simmering into me now as the visit ends—can it have been so ephemeral, why did whoever was my host not spend more hours at the Museum, why did he, or she, or she, somebody’s mother, not tarry and utter once more like an incantation the dates and my name and the even more unpronounceable name of the place where I died, why do my hosts always wander through the exhibits clutching the card nervously, not knowing how where what to really do with it when all should be so clear. Why do they not settle into a quiet corner and sit down as one would on a bench in a cemetery bereft of flowers and prayers, why do they not try to speak to me, ask me questions as they look slowly one more time at the increasingly shriveled card that is my gateway to this voice that barely knows how to whisper to itself the fear that this may be the last time, why do they not realize what secrets still need to be disinterred from my vanishing presence, for their good and mine, my future and theirs, are they not also destined to disappear someday, why do they now approach the exit where the box looms ahead, into which they have been instructed to drop my increasingly emaciated card, why do my visitors always obey those instructions so blindly and why are they so eager to leave, so anxious to breathe in the fresh air of the street outside and return to their hot meals and entertainment, why did those strangers not take me home with them, take home with them the memories of the sister who could not protect me despite her love, I can feel myself fading, why did they not, at least one of them, why did somebody not, back then before I was executed, back then and now as I say goodbye to the only self I ever inhabited, why am I fading as my card falls forever frozen into the pit of this box, why do they, why are you about to forget me?

Ariel Dorfman is a Chilean-American author, born in Argentina. Since writing his legendary essay “How to Read Donald Duck,” he has built up an impressive body of fiction, poetry and non-fiction, translated into more than fifty languages. His plays, including “Death and the Maiden,” have been staged in over one hundred countries. Among his most recent books are the novels Cautivos and The Compensation Bureau, the children’s story The Rabbits’ Rebellion, and Voices from the Other Side of Death (Arte Público Press), from which “Reprieve” is excerpted.

Wendy Small received a BFA in Painting from the School of Visual Arts. She began working exclusively with the photogram process in 2002. Exhibitions include Morgan Lehman Gallery (NYC), Sears-Peyton Gallery (NYC), Von Lintel Gallery (LA), and Huxley-Parlour Gallery (London). Her work is included in the collections of New York Presbyterian Hospital and the Cleveland Institute of Art, among others. Small spent two summers at the Vermont Studio Center residency and has participated in AIPAD, NADA, Pulse, and Photo LA. She lives and works in New York City.