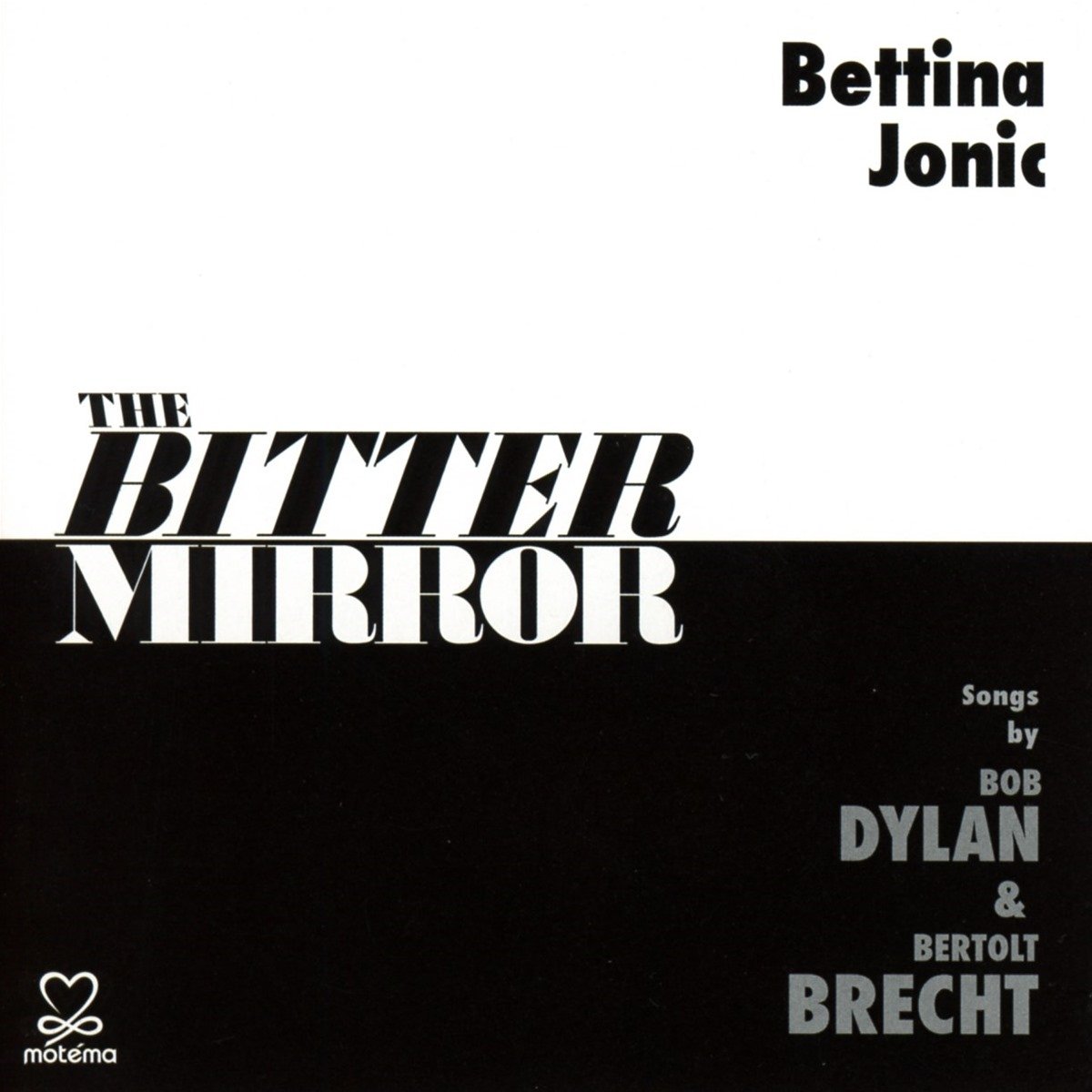 Though I prefer my Dylan and Brecht somewhat dry, i.e. Dylan singing Dylan or Lotte Lenya or Marriane Faithful singing Brecht, there are certain exceptions in Dylan’s case like the Byrds or the Band. So hearing Jonic’s versions were surprising, disappointing and uplifting all at once.

This CD, originally issued in 1975, first came about when the upheaval in Portugal in 1974 caused Jonic to react with an all-Brecht concert whereupon she felt the urgency of the people and their need for such visionary yet NOW statements. She soon after decided to combine 2 of, no doubt, the greatest socio-political songwriter/poets of the 20th century under one umbrella. Hence The Bitter Mirror was born. Here she manages to alternate between the 2 composers throughout most of the 22 selections on these discs.

Though I am not as familiar with Brecht as I am with Dylan, what we have here is Jonic showing us her vocal capabilities as an operatic singer with a range worthy of Brecht but not totally compatible to Dylan. Therefore what is lacking is a great variation in texture and separation between the 2 composers. For example, when she sings two of my favorite Dylan compositions, It’s Alright Ma and Masters of War, we lose the ferocity and singularity of Dylan’s vision and objective almost totally yet while singing Pirate Jenny we feel all of Brecht’s. One reason for this is the Brecht pieces were basically written for plays and remain true to that vision while the Dylan pieces were written as singular poems and by changing their moods and altering their melodies we change their intent somewhat.

Jonic tends to sing Brecht like Brecht and Dylan like Brecht with little consideration for or attention to Dylan’s original melodies, intentions or tension but what she does manage to accomplish is to bring her own voicings to both of these unique historical figures.

What we have at times is an almost folksy female Robesonesque approach to these songs but what we don’t have is that darkness that some of them were written to provoke. Something that a Diamanda Galas can pull off by literally scaring us to death with that Dylan-type mono-chromaticism.

There are exceptions however. Just listen to Blowin in the Wind. It can bring a tear to your eye. And many of the musical arrangements are quite refreshing.

I would, after all is said and done, recommend this effort for the sheer power of the songs performed. For their immediacy and timelessness. For the reality of what both Brecht and Dylan had to say about humanity and the world situation. About the climate and how little has changed on the global and national front aside from global warming.

The CD is a perfect simple black and white design which depicts and reflects its intentions and title. It comes with an accordion foldout which displays the lyrics to all these masterful poems. And as the end of disc two proclaims “if someone gets kicked then that’s you.” So sit back, put it on and listen to it as if it were a CNN broadcast done in opera. And get your handkerchiefs ready.