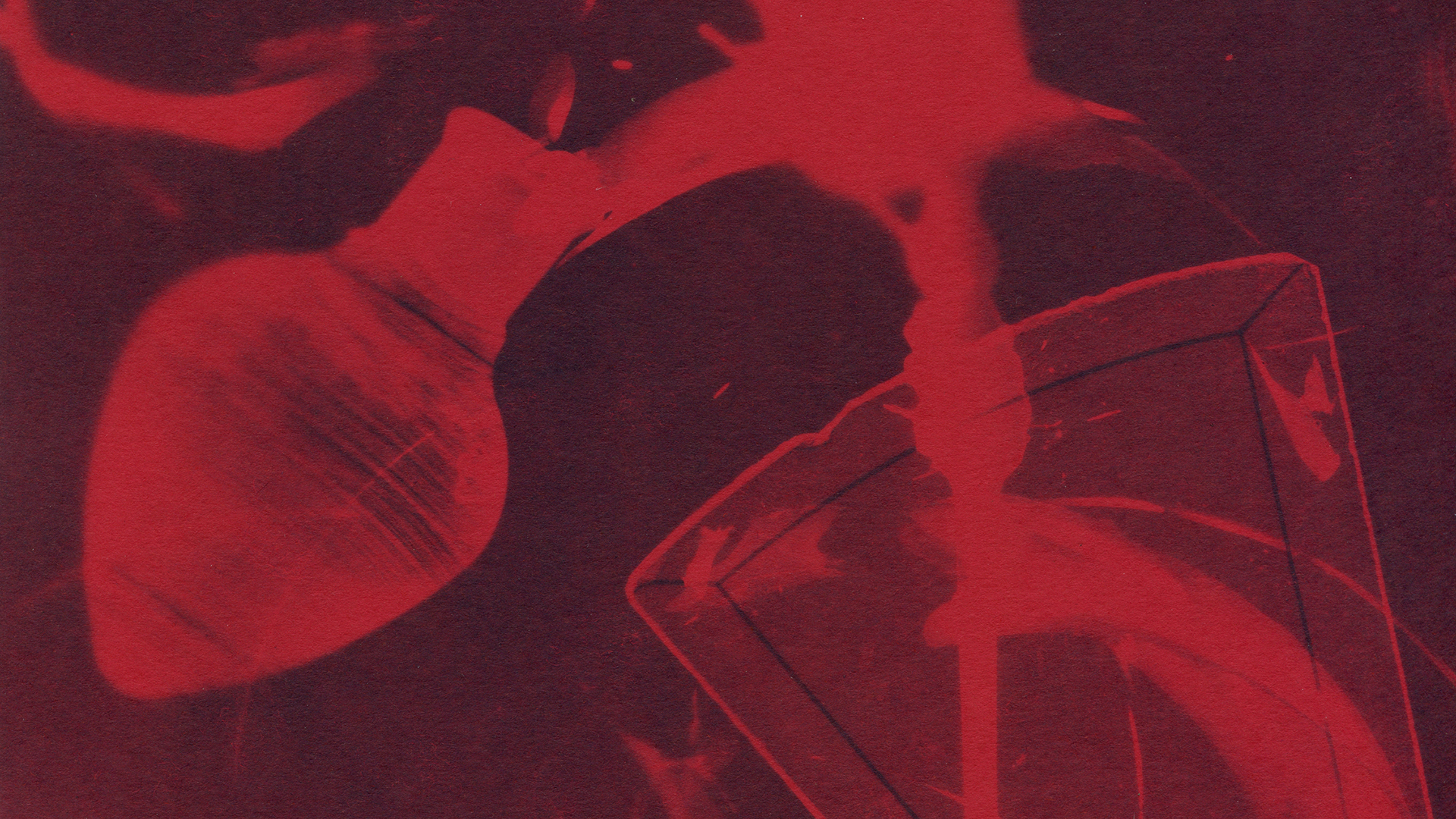 “Supermassive Cannibals” and Other Poems 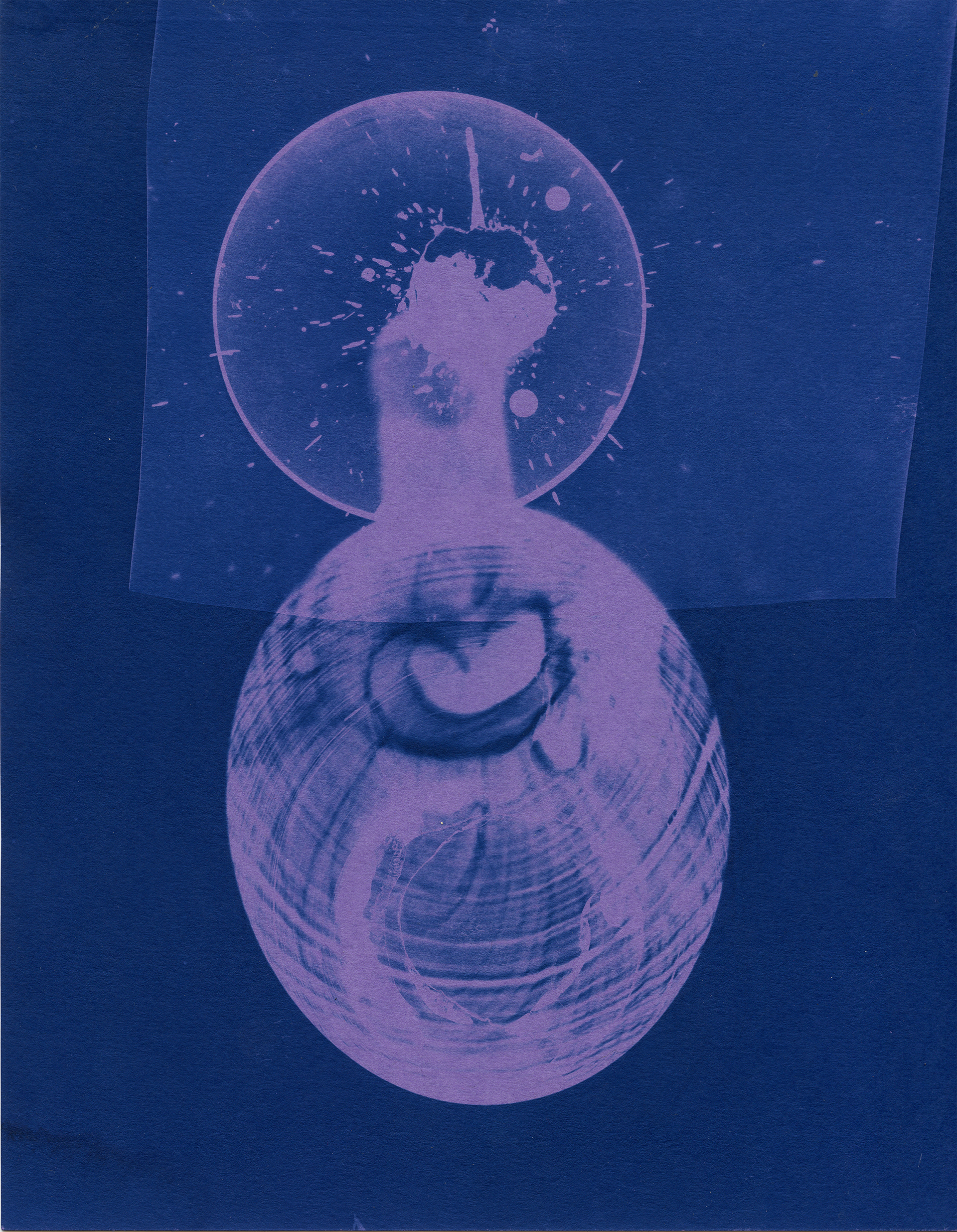 Someone at the Max Planck Institute of Animal Behavior
has been touching the exposed brains of pigs
in inappropriate ways.

Me? I’m something else. I’m chasing animals
over increasingly long distances,
and catching pneumonia instead.

I get all that’s mine: my long overdues,
my vampire facials, my medical face mask, a biopsy needle
full of the latest phobias.

I get that Galen of Pergamon has been resleeved
as a joint of pork, how crabs are eating all the crabeater seals,
and how no one cares.

I while away life like my eyes were the windows of a train.
Fuck am I gonna do? I’m still on this pedalo
circling the death camp.

The facial-recognition software is finding faces
kept alive outside their bodies. The all-seeing remains unseen.
It’s so lonely in the dark it cries
itself to new impossibilities of sleep.

My powerful supination is sundowning wetlands to last forever.
My hypothermia is the hottest on record.

Eyes everywhere, because nobody’s going mad
when there’s nobody watching.

Accepting reality means not knowing how it works.

It means not understanding that an avian massacre is not a substance.
And how you fake a Duchenne smile to tell my eyes apart.
And they stay that way.

I discover the missing mass in galaxies
has the same chemical structure as our favorite antipsychotics.

Way to go. Way to breastfeed havoc.
Way to reverse engineer being born this way.

I eat the bacteria, I guess, run the software over and over.
You do your best to hold a smile,
not realizing it isn’t yours to hold.

The bumps of all the expectant mothers are amassing nicely.
They’d fill the Chicxulub crater if we stopped
to think for just a single minute longer than we could stand.

Once you have one mental disorder
your chances of acquiring more are increased.
In my defense, I generate fractals of who I am
based on no more than one failed sanity at a time.

I wonder, because George Oppen (who never went mad)
said it made him feel better, I wonder…
does it still count if I break my neck
at less than breakneck speed?
I wonder, if devils are various and angels
all alike, what’s left?

Let’s do it, Anyone? Baguette swordfights to the death?

The shame of poets is so bad it’s good.
It’s so good it’s subjected to the divine.

There’s really nothing in it that kissing
puff adders won’t teach you to forget.

Did I mention I have eczema on the inside, and sunburn too
how I’m living once to die twice
and how I know because Nerval told me?

It’s what we do; we shitpost anyone on horseback
to get our dopamine levels up.
We self-medicate the global death toll.
We ride a black market trade in hominins.

My obsessive thoughts have the accumulated bite strength
of every hyena that’s ever existed, which is a lot.
I should know: I’m part scientist, part anti-vaxxer, part subGödelian incompleteness theorist.

Catch me on a weekday morning
and I’m grazing the seabed for pockets of air.
The monkeys clinging to the rocks are just proxies
for another drowned coastline,
for the botched labiaplasties that took too much away,
unmaking the woman.

The way her skeleton looks: so delicate in our state of undress.
The way my incubation period takes itself for a walk.

The intravenous drug users are so real they donate plasma by email.
Your entire junk mail folder is full of how they’ve cut their wrists already,
but you never look.

We monitor the periodic dips in a brain’s electrical activity.
Yours and mine. Spikes in everything else.

We caramelize or criminalize speech.

We say how the left pupil can be larger than the right.
But my head today is at the bottom of the Mariana Trench,
where the pressure is 1,086 bars. My sleep is smashed to pieces.

Don’t explain my madness like it’s anaphylaxis.
Don’t spray oxytocin up my nose and tell me I’m in love.

The faces in the room are giant isopods on black sand,
because madness is knowing where the secrets are kept.
The cheeky grins of Hell like prebiotic pools,
and I’d tell you if I could.

I have involuntary emotional leakage
and all the friends I dislike
dislike me too.

I continue drinking as if there’s still time.
I’m 40 trillion cells askew with love. I’m holding tight.
Not even God has such severed hands. 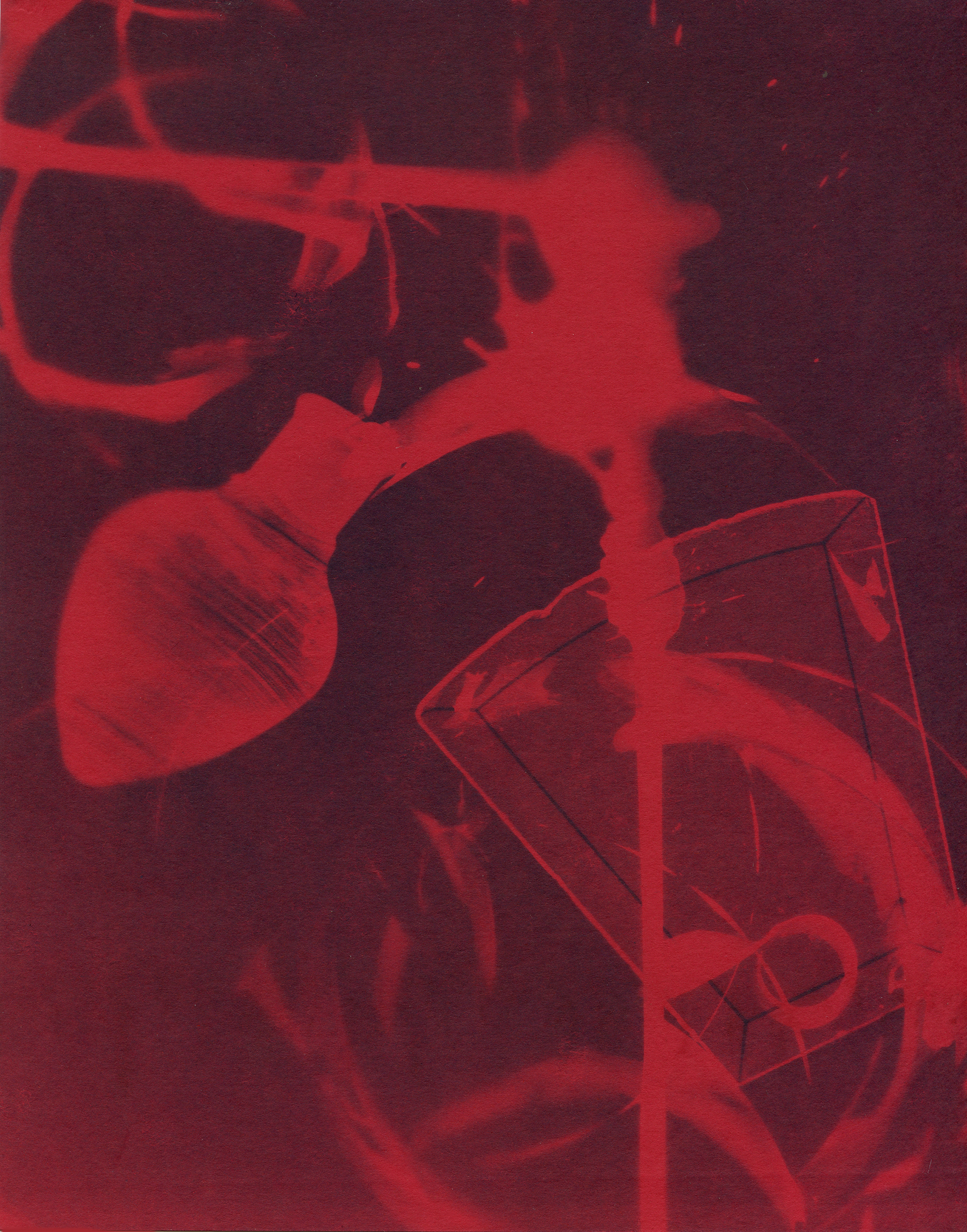 Because there is blood in the world and we have eaten it.
And who will eat the Christ blood of the cow if we are gone?
Who will eat the sacrifices you can’t even touch?
The vampire claiming to be me is schizophrenic for a while.
She cannot die. She must eat all the beautiful women.
She must drink all the sad celebrities, all the singers
whose songs don’t fit, the actors filled with blankness
and scorpions stinging themselves to death.
We are a scream, they scream. But nobody hears.
The color of our blood is the strangest pain. Her bite
is the wisdom of God. And such a slimy thing,
it crawls along with boneless legs. When I seize the singers
by the throat I come alive. When I scour my feeds
for the latest serial killer, the murders and the rapes,
so many trimmings, and over and over, I wonder:
did any of the victims they found ever really mean it,
you know, how they’d rather be dead than ordinary? 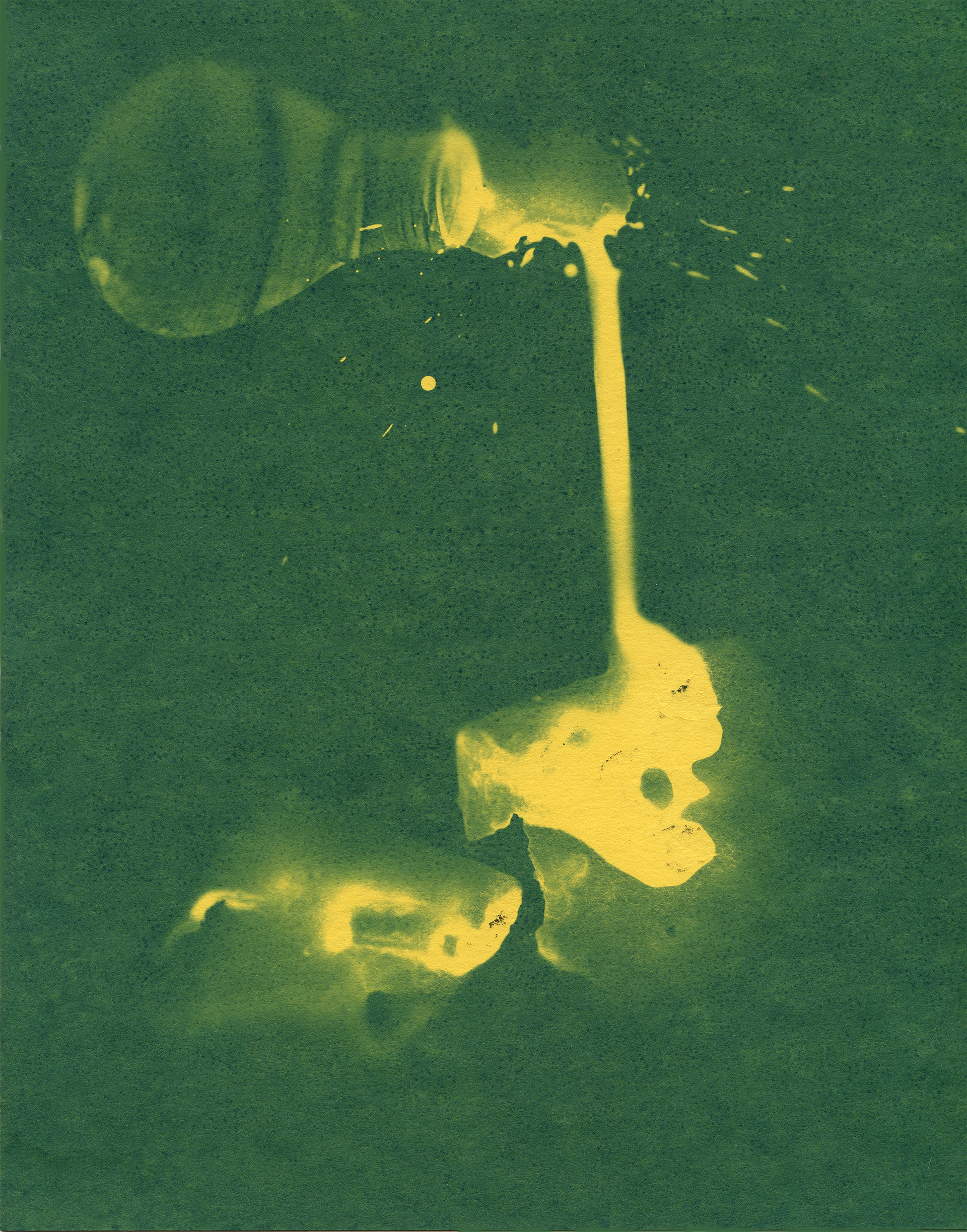 A spider on chloral hydrate is a spider indeed.
But I’m heavy now, a bloated spider spinning
a flimsy line. I wave all my arms at once.
I know it’s too much. Everyone’s so tired of it:
a spider crying like it had a reason, but no tears.

I’m a refugee from talk. My insanity keeps me awake.
I don’t like to remember things anymore. All of life
this half-life. Hölderlin’s weathercock, Hölderlin’s pear…
it’s all his sunlight does me in. And not because I don’t
see it, but because I see it clearly without noticing.

Everything I do is gone, it’s just my velleities and me.
The pregnancy of perfection going on forever.
I’m all bent up and there’s no getting straight.
The sky is foaming at the mouth. Its clouds are clotted blood.
My thoughts have such hard skin, I’m never getting in.

I ask for no more death, no more sorrow, no more anxiety;
I ask for madness instead. To be the king of madness,
to be too mad for madness’s own good. Like when a helicopter
crashes, and its blades bring the earth to a stop.
Like the bricks in your food mixer taking the edge off.

Gary J. Shipley is the author of numerous books, including Bright Stupid Confetti (11:11 Press), 30 Fake Beheadings (Spork), Warewolff! (Hexus), and the monograph Stratagem of the Corpse: Dying with Baudrillard (Anthem). He has contributed to various magazines, anthologies, and journals. More information can be found at Thek Prosthetics.

Bill Jones was a seminal figure in the 1970s conceptual photography scene in Vancouver along with Ian Wallace, Christos Dikeakos, Jeff Wall, and Rodney Graham. Jones’s work engages urban, exurban and wilderness environments through analogue and digital photographic experimentation. His exhibitions include a mid-career retrospective at the International Center of Photography (NY). Jones lives and works in Los Angeles.