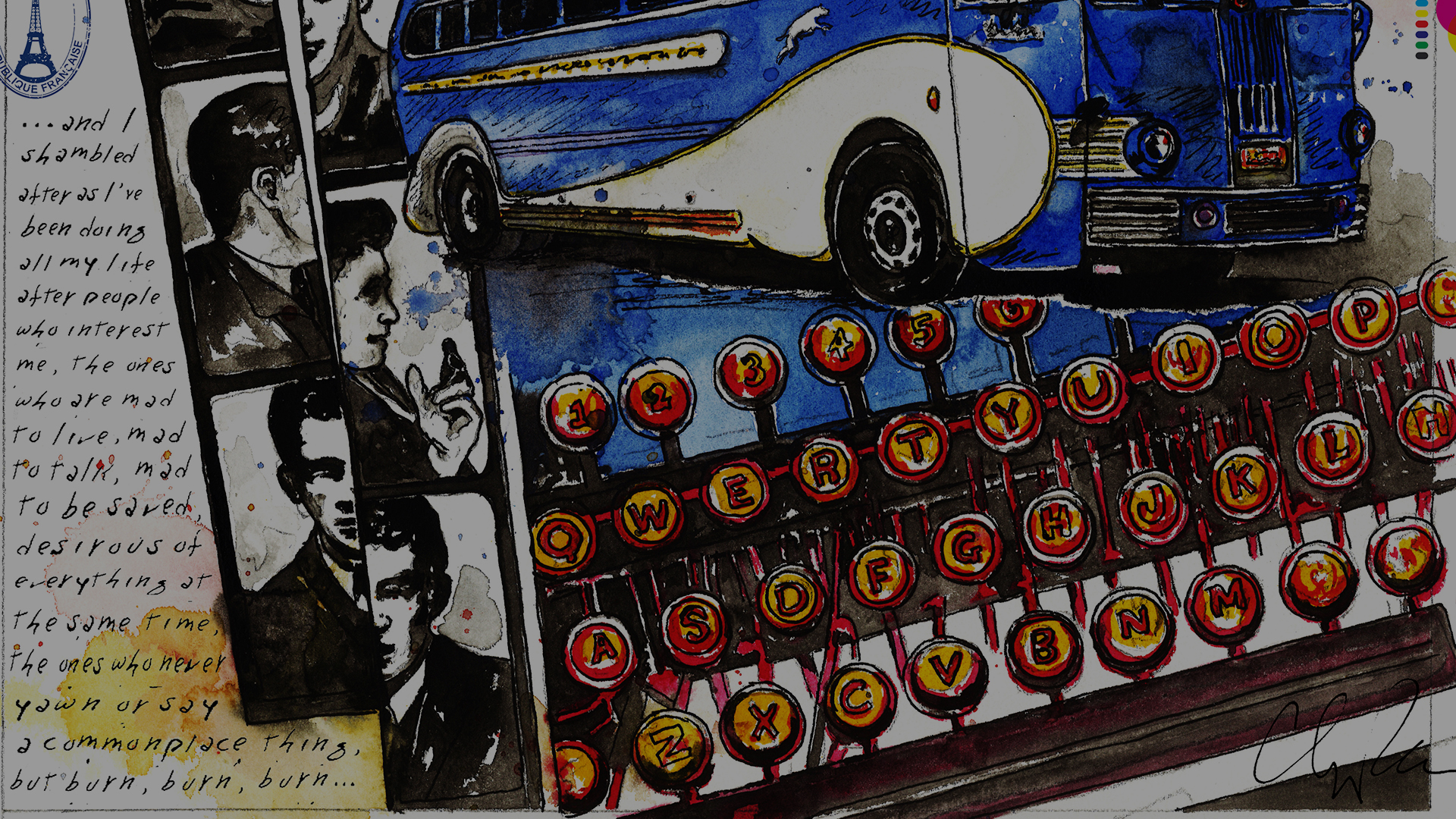 The Illustrated “On the Road”

March 12 marks the centennial birthday anniversary of Jack Kerouac (1922–1969), whose prose poem “October in the Railroad Earth” appeared in Evergreen’s legendary second issue, “San Francisco Scene” (Spring 1957), alongside Allen Ginsberg’s “Howl” and writings by Lawrence Ferlinghetti, Michael McClure, Gregory Corso, and others who came to be known as the voices of the Beat Generation. Evergreen celebrates Kerouac’s centennial with a selection of drawings from The Illustrated “On the Road,” created by artist Christopher Panzner and inspired by Kerouac’s literary classic On the Road (1957).

Christopher Panzner is an American artist originally from East Islip (Long Island), New York. The Illustrated "On the Road" is his fourth illustrated book. In addition to having illustrated a number of poetry books, he recently illustrated a box set of 75 poems by Michael Foldes, titled Endgame (2020). He lives and works in Paris with his French wife, Sophie, and two children, Emma and Maximilien. He is currently working on an animated feature film, The Illustrated "Night of the Living Dead."

Illustrations inspired by On the Road by Jack Kerouac. Copyright 1957 © Jack Kerouac, used by permission of The Wylie Agency LLC. Special thanks to Jim Sampas, the Jack Kerouac Estate, and Dr. Michael Millner of UMASS Lowell for their continued support.