The P-word does not stand for Pandemic 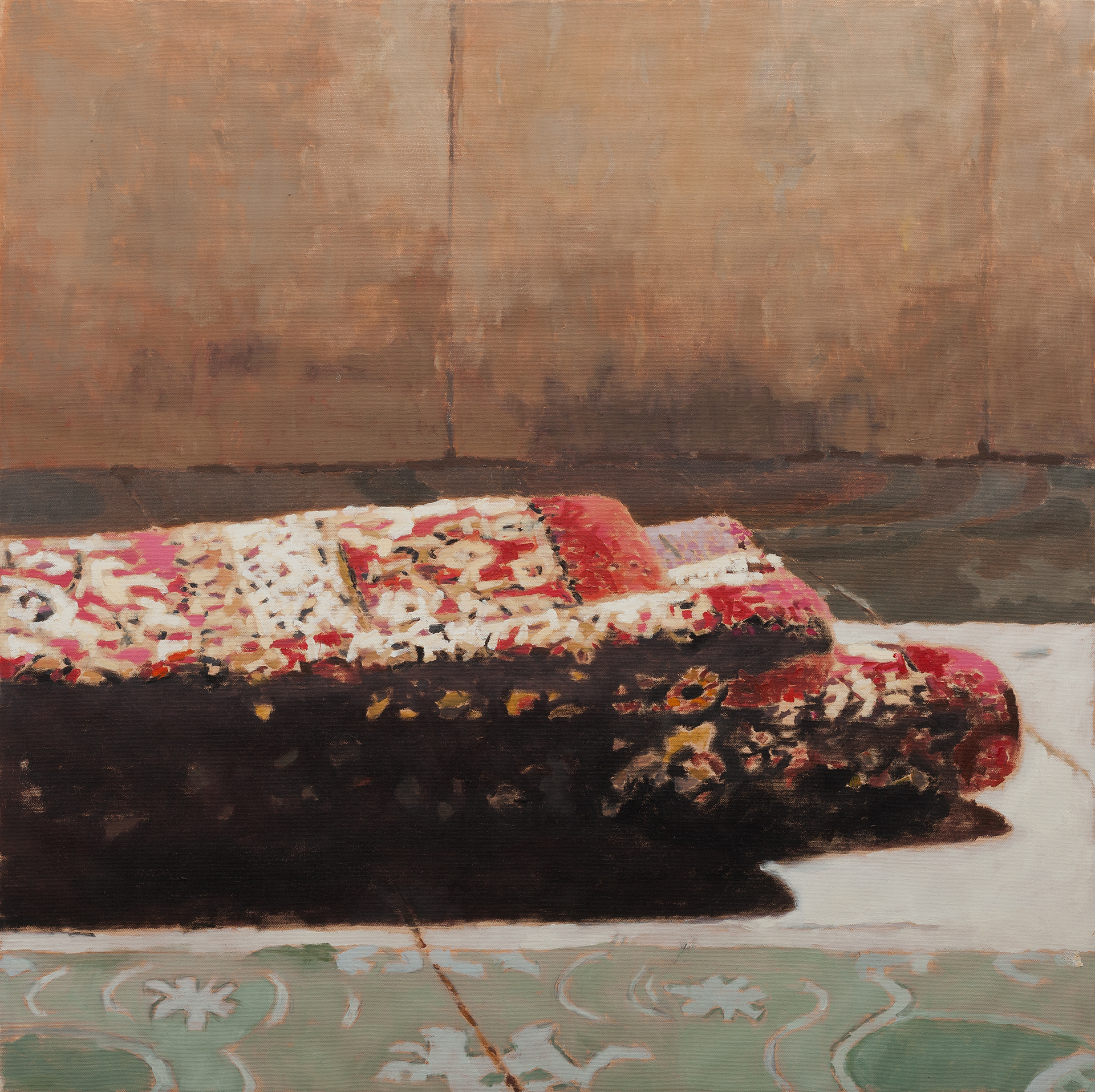 When I was seventeen, I participated in a program which brings together young Israelis, Palestinians, and Americans with the goal of building relationships in the hopes of transforming conflicts. The training included a two-week “summer intensive” in the US, aimed at equipping young men and women with communication skills and allowing them to engage in meaningful dialogue as means of understanding different perspectives. The goal of building and transforming was sought by having young men and women share their own stories and listen to others whom they were “taught to hate and fear.” It was back then that I was first asked to tell “my story” and have it embraced by my fellow “peace-seeking” friends who were constantly reminded that pain cannot and should not be compared. When I was seventeen, back in the US, we did not compare pain. Instead, we built, we exchanged ideas, and we were told that our stories must be voiced. I am not seventeen anymore, and fifteen years later I can safely say that no conflict was transformed by these encounters. Instead, “my story” has become less worthy of being told and less worthy of being heard.

As I grew older, I realized that what they forgot to tell us in the US was that back home, comparing pain, or even the eligibility of feeling and expressing pain, is a matter of statutory entitlement. Perhaps playing the game of identity politics was something that we were instructed, and even constructed, to do, as Palestinians, Israelis, and even Americans. Looking back at my experience, it is not surprising that the story others were so eager to hear was not necessarily my own, and not one that I was allowed to tell using my own words. It was a very specific story, and its vocabulary is deeply rooted in intractable conflict. 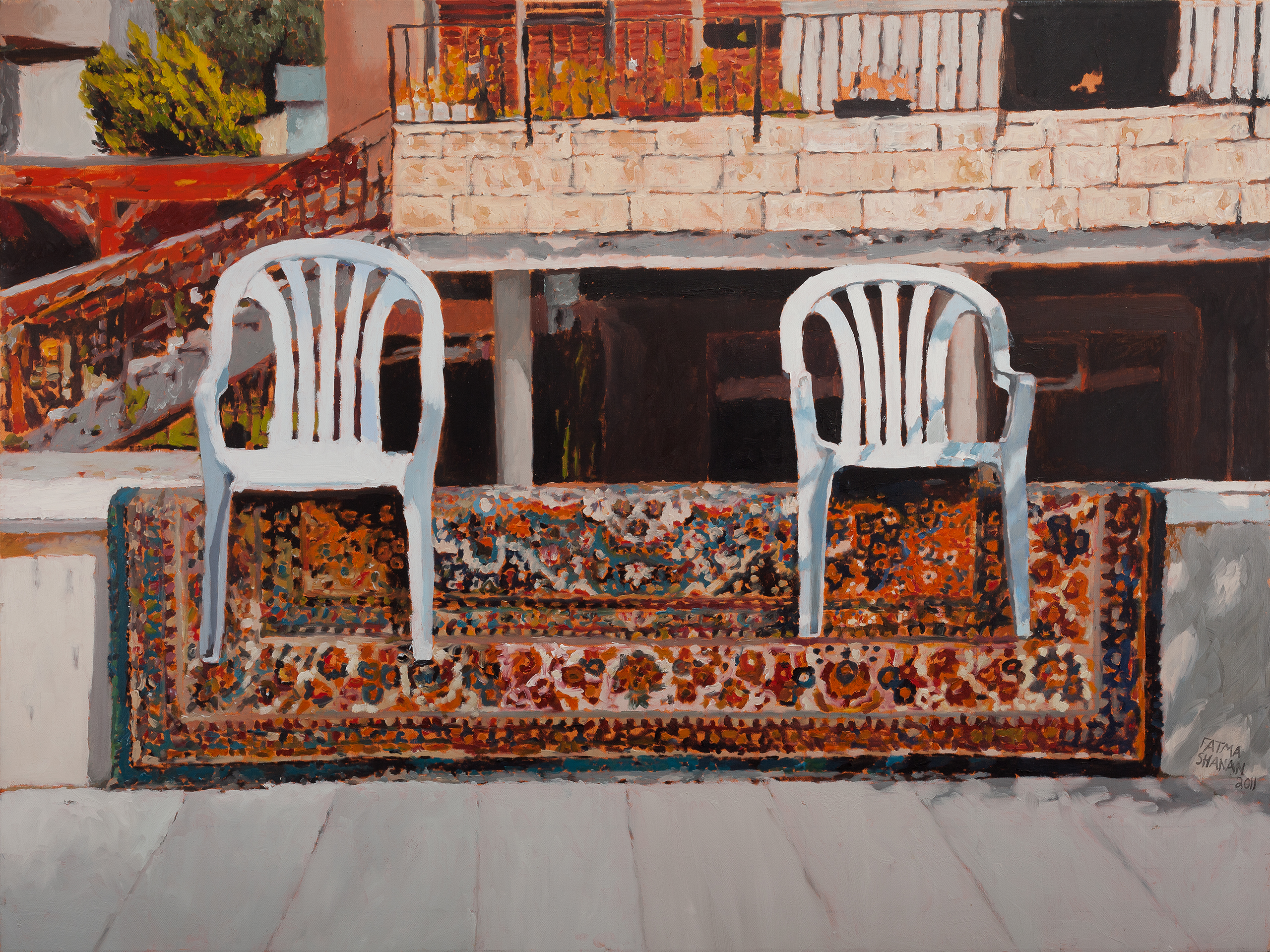 What they forgot to tell us in the US was that one must be careful when talking about conflict, especially if by conflict one was referring to intergroup relations among Israeli citizens, i.e., the Jewish majority and the Palestinian Arab minority. It is the story of these relations, and specifically of their manifestation in May 2021, that I will now attempt to tell, or at least part of it.

In Hebrew, they were called the “May events,” “May riots,” and sometimes “May pogrom.” In Arabic, however, Palestinians in Israel referred to it as an “outburst of dignity.” The choice of naming is by no means arbitrary, but rather reflects the constitutive role and meaning of such events as well as serves to reconstruct their nature of representation by conveyance of a specific powerful imagery. “Things” come to be defined by the words used to acknowledge their existence, and through those words, meaning is constructed and attributed to such “things." Keeping in mind the complex history of Jewish-Arab relations, the choice of wording should not be taken lightly, as it serves to not only communicate a message but also create the boundaries within which this message will be perceived and understood; boundaries which can either be defined from within, thereby stressing the us, or without, and therefore stressing the them. This becomes especially relevant in the context of the Palestinian Arabs in Israel, whose identity holds parts of both as well as parts of neither.

With that said, and despite their long-standing complexity, the relations between Arab citizens and the State have been one based on relative trust; on the one hand, the State trusted its Palestinian citizens’ incentives to pursue collective national aspirations were not strong enough to challenge their assigned position as abiding citizens. On the other hand, Palestinian citizens trusted the State to not pursue any policies or practices with overt evidence of discrimination or aggression. In other words, the State trusted its citizens to remain true to their position as the “Good Arabs,” while the Arabs trusted the so-called only democracy in the Middle East to continue to depict itself as the “Good State” at any possible opportunity.

The definition of the “Good Arab” is no longer only implied by the State; to be the “Arab of Israel,” or as is commonly referred to as an “Arab Israeli,” one had to refrain from using the word Palestinian, let alone be one. For by being a Palestinian in Israel, or having that component of one’s identity be stressed or put forward, one risks the gradual transition on a continuum which determines one’s position, thus moving from a place of a potential friend to a place of a definitive foe; a potential enemy of the State against whom legal measures can and must be taken. In May of 2021, whether defined as Arabs or Palestinians, there was no question about where the group stood.

The State’s position on the matter is well represented in the 2011 Nakba Law, which did not shy away from having a defining point in history for Palestinian identity construction become an act of defiance which jeopardizes the identity of the Israeli State as Jewish and democratic. In fact, one might argue that the very existence of a Palestinian national collective in Israel constitutes a threat to the existence of Israel as a Jewish state, something against which necessary measures must be taken including the use of force. A defining characteristic of the modern state, as Max Weber wrote, is its monopoly on the legitimate use of physical force. Israel has obviously been keen to adopt this principle at every opportunity.

While the legitimation of the use of force is often case-driven, for the Arab minority (or perhaps minorities), it becomes almost impossible to perceive law enforcement as legitimate when constitutional, statutory, and professional norms in the State are perceived as systematically discriminating. One direct result is distrust of the police and other law enforcement agencies. Such distrust is reinforced with every outbreak of civil unrest. This should not be surprising since almost every demonstration, or collective expression of discontent for that matter, is bound to reflect a part of the group’s identity which does not necessarily correspond with the Jewish identity of the State, thus constituting a threat to its very existence. Following this logic, a discontented Arab, an angry Arab cannot be a “Good Arab,” and so, the State can no longer remain a “Good State,” only a Jewish one, and when possible, a defensive democracy. 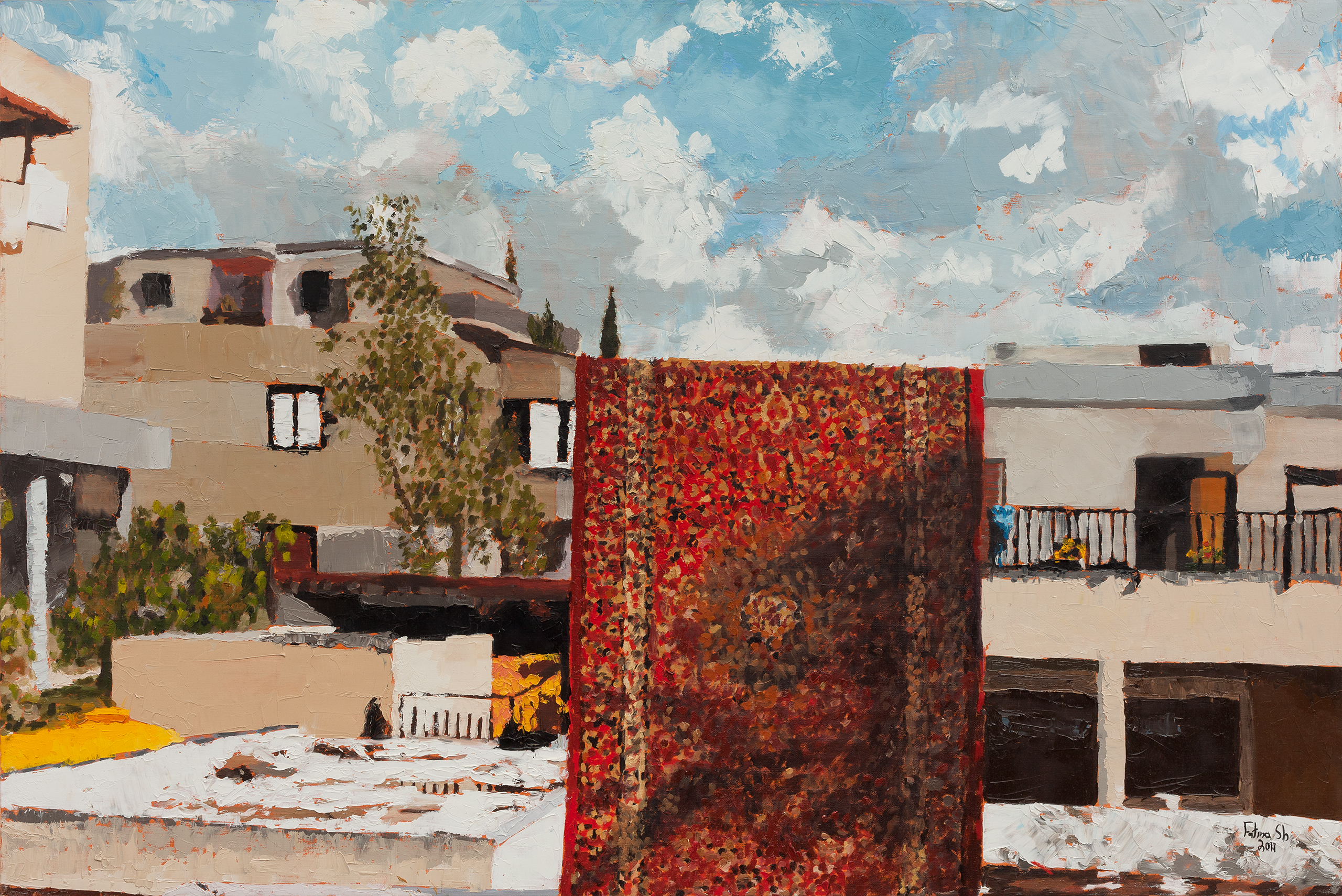 In May of 2021 I was living in Haifa, a city which takes pride in being Israel’s capital of co-existence. Haifa’s co-existence, however, manifests in a simple cohabitation where the non-Jewish Other’s presence is merely tolerated as long as no demands for recognition are being too loudly made. In other words, it is a co-existence based on segregation, both physical and conceptual, in which possible conflicts between identities get overshadowed by an otherwise exceptionally vibrant realm of diversity. Under such diversity, difference is made to be publicly celebrated and visible for anyone looking to see. However, in May, walking the streets of a mixed city suddenly became dangerous, and sometimes even life-threatening. This was probably true for both Arabs and Jewish residents, but still, more so for Arabs than for Jews. Remember? Here we enjoy comparing, even when it comes to subjective feelings of danger and fear.

A proposition was made and adopted by the Israeli media, stating that the Arab-Jewish clashes taking place in various mixed cities were not a part of a civil struggle, rather, the events paint a picture largely framed by a case of asymmetry; that no comparison is even worthy of being made between the violent Arab rioters and the Jews who were merely responding. In the meantime, while panelists on every channel of Israeli news were busy attempting to understand the drives behind the violence of bloodthirsty Arabs and how it could be stopped, young Arab men and women were using secret groups on various apps to send updates on planned demonstrations and dangerous locations that should be avoided. That which was not put forward to be included in a potential game of comparison was that the Arab minority, as to not say Palestinian, was being targeted, houses were being marked and raided, and civilians were being attacked by angry, vengeful crowds under the protection of the Israeli police. 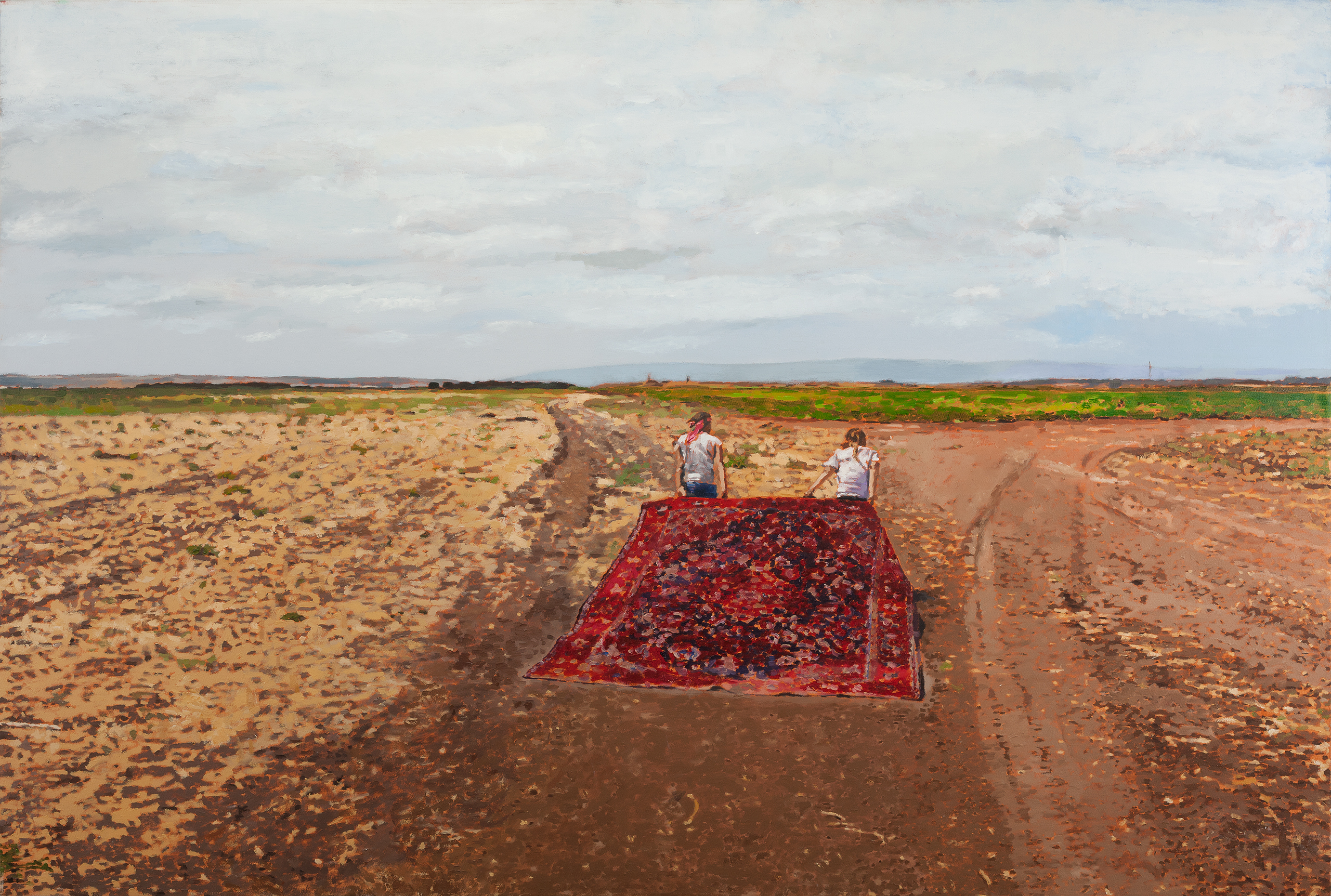 On May 23, the Israeli police announced the launch of a new campaign called “Law and Order,” declaring its intention to arrest all those involved or connected to recent acts of aggression. More than two thousand people were arrested, most of whom were Arab. In the past, the idea of being able to exist as an Arab in Israel almost overshadowed whatever need there might have been to stress one’s Palestinianhood. It was almost as if being an Arab was a big enough challenge that one did not look to wake up any beasts by using the P-word. This undoubtedly served to affect, shift, reshape, and even reconstruct the national identity of Palestinians in Israel with all its meanings and possible manifestations. However, in May of 2021, there was a feeling among Arab youth that their identity was being disapproved, even invalidated, which consequently resulted in an almost defiant reemergence of Palestinian identity. This was evident mainly among the younger generation who were looking for ways to reorganize, unite, and restore some sense of security in Arab towns and neighborhoods as well as in their own identities.

To be better prepared for what might come, young men and women were using social media and online platforms to share information, discuss legal rights, and reorganize. While structural violence might not have been new to Palestinians in Israel, the attempts to confront it collectively were— one of the online groups I was invited to join included more than two hundred members, young men and women who knew nothing about each other aside from the fact that they were all living in Haifa and in need of protection. Flyers were made with instructions on what to do if arrested, activities in various Arab neighborhoods were organized; this was in addition to demonstrations and an active hotline to provide legal and emotional support for the families of detainees aimed at defying any effort to make them invisible. If this does not account for civil struggle, I wonder what does.

At this point, it is perhaps worth noting that as of May 2022, 604 Palestinians were being held without charge in Israeli jails, more than at any point since 2016. That in the first half of 2022, sixty Palestinians were killed by Israeli forces (up from 41 in the same period in 2021).

More than a year after May 2021, I find myself missing the encounters I had long ago in the US. Back then, stories seemed to be of grave importance, almost counting for something, and most importantly, timeless. Here, nothing seems timeless, not even tragedies such as a world pandemic, and definitely not a long overdue conflict.

Fatma Shanan (b. 1986) was born and raised in Julis, a Druze village in Northern Israel. Her paintings are based on scenes she stages with people and objects from her own life. Shanan was awarded the 2016 Haim Shiff Prize for Figurative Realist Art by the Tel Aviv Museum of Art, followed by a solo exhibition. She has exhibited her work at Dittrich & Schlechtriem, Berlin; Museo d'Arte Contemporanea di Villa Croce, Genoa, Italy; the Museum for Islamic Art, Jerusalem; the Israel Museum; Eretz Israel Museum, Tel Aviv; Musée de la Chasse et de la Nature, Paris; Art Cologne; and the Armory Show, NY. Shanan lives and works in Tel Aviv.