Excerpted from the book Panics by Barbara Molinard, out now from Feminist Press.

MARGUERITE DURAS: If you had managed to write “The Vault,” would that story have been the only one in the collection about a real-life event?

BARBARA MOLINARD: Yes, the only one.

You’ve agreed to tell me what happened to you?

Yes. We can try it this way.

One day, I’m in the sixteenth arrondissement. I’m walking along a very high wall. I don’t know what’s behind it, then suddenly I see that it’s a cemetery. I enter. Now I enjoy strolling through cemeteries, but at the time, not at all. I enter and I begin to walk. Then I arrive in front of a temple of love. There’s a gate around it. I push on the gate: it opens. There’s a staircase in the center of the temple. I go down. There are twenty stairs. On my way down, I feel a sense of calm. When I reach the bottom I’m struck by the silence. The room is a half circle. I see four tombs in the back. The silence that reigns there is unlike any other; it’s as though I’ve gone deaf. As I linger there, sitting on the stairs, an immense calm slowly invades me. Several times I think to myself that I should go back up. (My husband must be waiting for me.) But I stay there, tranquil and happy. ACCEPTED.

Can you talk about this sense of calm?

In the moment I wouldn’t have known how to describe it. Now I think it was because I was outside, outside of people, the street, everything. Which is a good place to be, really. There had always been a gap, an obstacle between them or the world and me. There, I was separated. When I went back to the bistro, I saw them laughing, talking, drinking, as if nothing had happened. I fled. I don’t remember what happened next.

Did this vault remind you of something?

No. Nothing. At that moment my husband, my children, no longer mattered to me at all. I wasn’t thinking. I felt good; that’s all I can say.

No, not happy. Good. 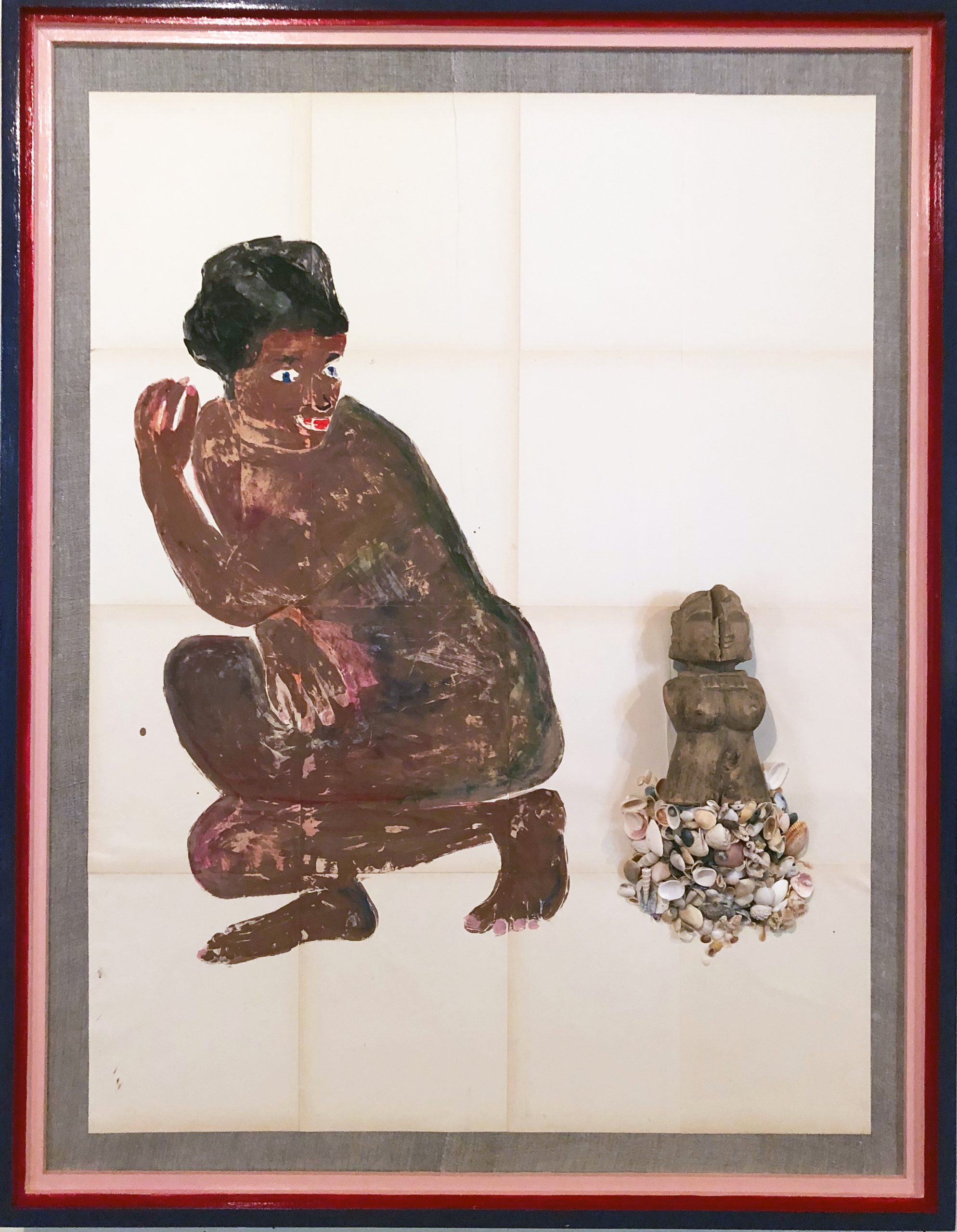 What happened after your visit to the vault?

I don’t know what happened for the next two days. I don’t remember at all.

I know that on the third day it was clear: I had to spend three days and three nights in that vault. I told my husband. He was fine with it. He didn’t voice any objection. From that moment, I started to plan what I would need to live in that vault. I made a list so I wouldn’t forget anything: candles, two or three bottles of Badoit, a bottle of red wine, warm clothes, salami, bread, and of course a sleeping bag.

Yes. That should have been the most important thing, but I realize now that I’d forgotten them. I didn’t have a sleeping bag. I called a friend who had lent hers out. The lack of sleeping bag was very concerning.

Did you tell your children the truth?

Yes, I told them the truth, I had nothing to hide. The reaction was violent. 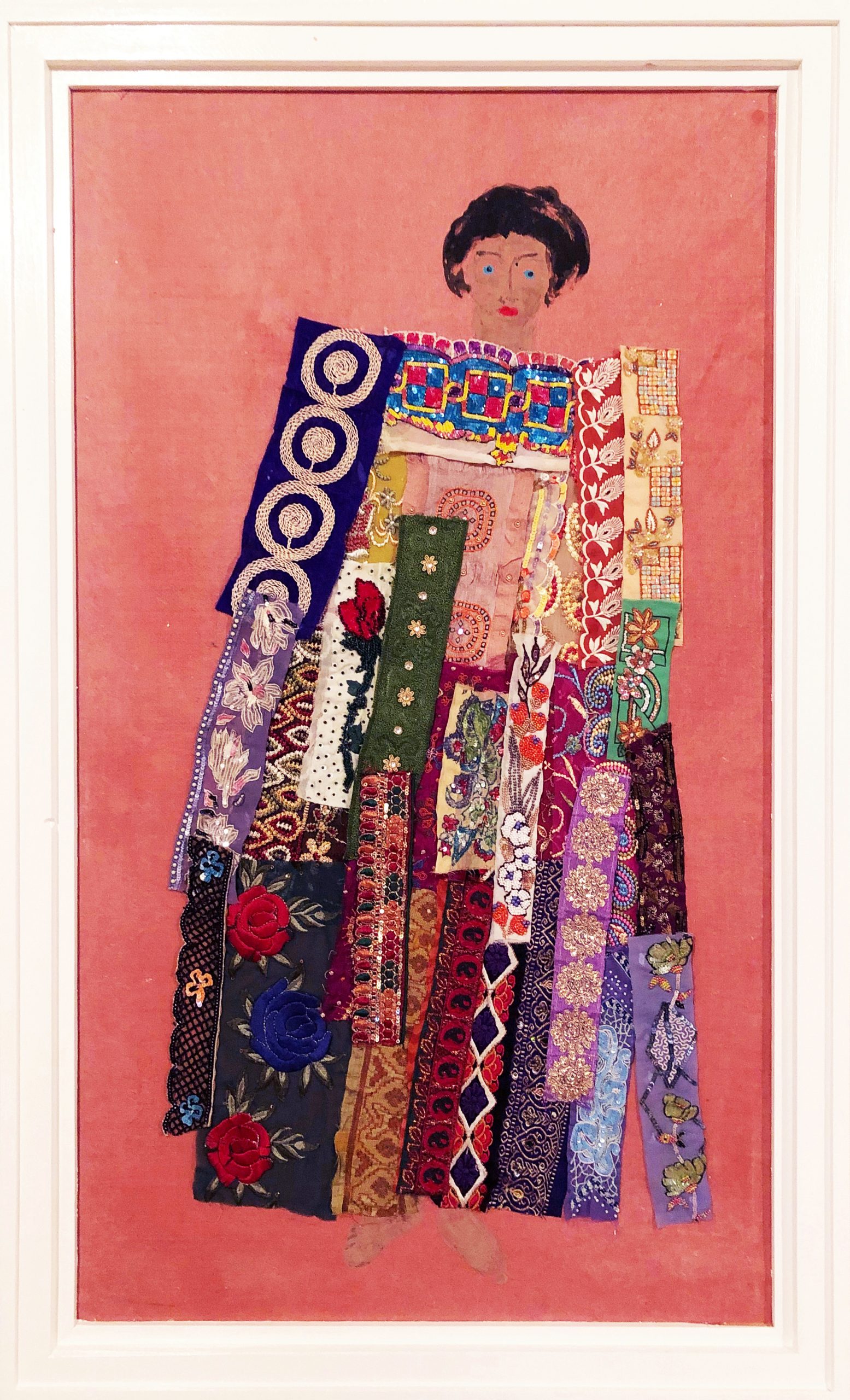 When did you learn that you wouldn’t be going to the vault?

Tuesday night. My husband came home. He told me that he’d seen the doctor. The doctor had told him it would be very bad for him and for the children if I went to the vault.

Tuesday night I sleep one hour. I wake up exhausted. The physical pains begin that night. I had horrifying muscle aches. It took me an incredible amount of time just to turn over in my bed. From that night on, every night, the pains are different. I have pains in my neck, my back, my limbs. Then, cold sweats. And then, shortness of breath. I couldn’t breathe anymore.

During the day the pains passed. They would come back at night and wake me up. I slept very little.

For a month, often I would lose all contact with the person I was speaking to. I saw them. Then, all of a sudden, I no longer heard them: their lips would be moving and I wouldn’t hear any sound. It was quite pleasant.

At a certain point the pains are so intense that I agree to see a doctor. I tell him everything. I tell him about the vault and the terrible suffering I’m experiencing. He tells me, “I’m not worried about your suffering. These pains are a blessing. You should expect more, and for them to become even more violent. This suffering HEALS you. You are very lucky.”

He sketches a brain and tries to explain to me what could have happened inside my brain if it hadn’t been unleashed inside my body instead. He explains that for another month or two I will feel all sorts of physical aches but that they will disappear on their own. Suddenly I lose all contact with him. I see his lips move; I can’t hear what he’s saying anymore. Then I hear him again.

You didn’t understand what he was saying to you?

It intrigued me and worried me. I wasn’t afraid in the moment. It was only after the fact that I was afraid of what might have happened. I had already drawn the connection between my aches and the vault. The pains were an extreme version of the pains I would have felt had I slept on the ground, directly on the stone floor.

Later on, I went to Brittany, alone. But my daughters were already there. I wrote to them that I was coming but that I didn’t want to see them unless I ran into them by chance. Which is in fact what happened. I had a room like I’d never seen before. It was on the first floor. It was long and narrow. There was just enough space for me to pass between the bed and the armoire. I asked for a table that was as wide as the room. At the back of the room was a window that looked onto an empty lot. I went out very little. I was very happy in that room. It suited me perfectly. 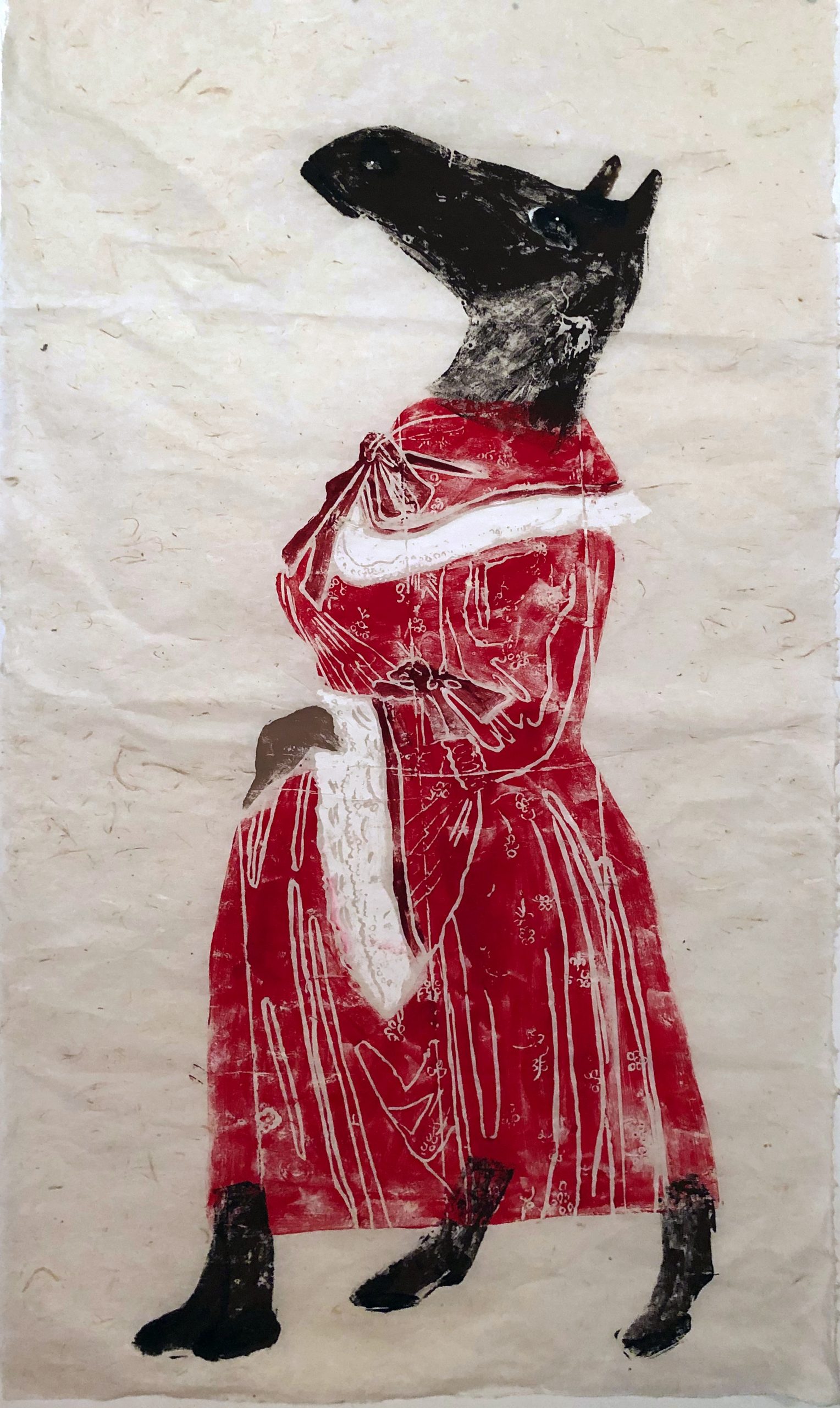 What did you do in that room?

I wrote. I have no idea what.

Did you draw a connection between the room and the vault?

Yes, but not right away, only over the course of the month.

Do you still think of the vault?

Sometimes. The doctor told me that if I had gone into that vault, it would have been very bad for me. In my mind, the pain I experienced was due to the fact that they had DEPRIVED me of the vault.

Do you still think it’s normal for someone to want to spend three days in a vault?

Oh yes, completely. The doctor tells me, reasonably, that it’s madness. For me, in me, not at all. 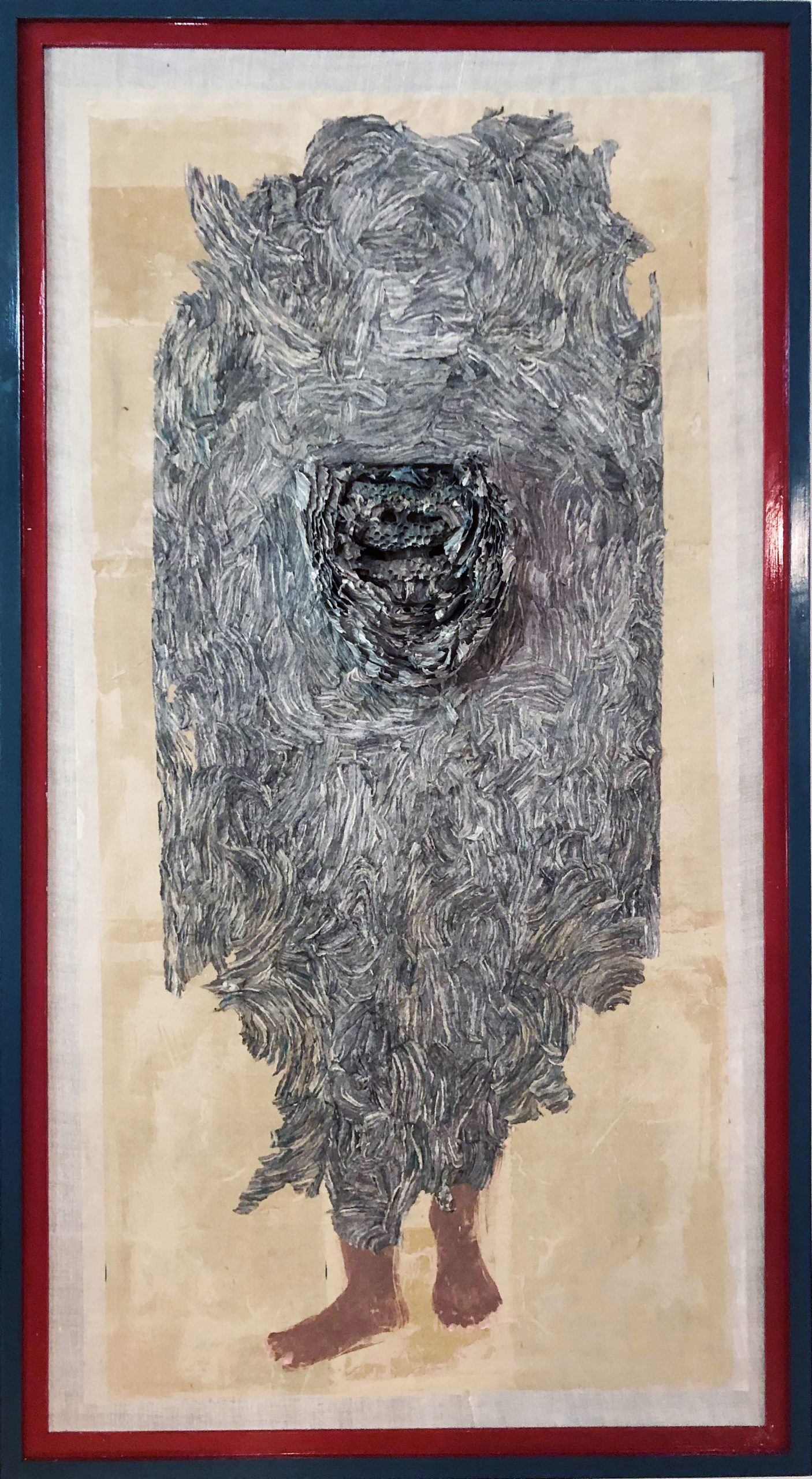 Death is in all your stories.

Yes, death, it’s the only surprise left, because there are absolutely none in life. So it’s attractive to me. I wasn’t afraid at all. I believe that after death, something interesting happens. I am not at all religious. In any event, death must be better than life. We have a chance at seizing—in death—something that, in life, is elusive.

Perhaps you’re talking about the moment of death and not death itself?

No. I don’t think about the moment of death, that doesn’t interest me.

What is the void?

It’s this. The void is what we live. It’s bullshit. It’s in everything, the cities, the people. The human race should be better. We are very mediocre.

You said to me, “MAYBE I NEED TO DRUG MYSELF TO BE AT MY BEST.”

Yes. I won’t seek to go beyond myself, to be inundated with myself. I would just like to be able to be myself.

Barbara Molinard (1921–1986) wrote and wrote, but published only one book in her lifetime. Everything she wrote, she immediately tore up; it was only through the relentless urging from her husband, the filmmaker Patrice Molinard, and her friend Marguerite Duras, that she finally handed over a single collection of stories, Viens, to Editions Mercure de France in 1969.

Marguerite Duras (1914–1996) was a novelist, essayist, playwright, and filmmaker, and a leading figure in postwar French arts and culture. She was born and came of age in French Indochina in what is now Saigon, and at seventeen went to her parents’ native France to study at the Sorbonne. Before long she became a fixture in the French Communist Party and active in the French Resistance; she remained committed to left-wing causes throughout her life. Duras’s career in the arts spanned nearly five decades, but was beset by troubles that plagued her from childhood: her father’s early death, the family’s impoverishment, domestic strife, and later in life, her notorious alcoholism. Her work, though often bleak and unsettling, is also characterized by delicacy, restraint, and a marked interest in human sexuality. The latter occasioned a sometime-sensationalism in the popular press, and never more so than with her 1984 Prix Goncourt–winning novel The Lover. Duras also courted controversy for her treatment of the aftermath of the nuclear bombs in the Academy Award–nominated screenplay for “Hiroshima mon amour” (1959). Such phenomena, however, stood in contrast to the work itself, which was hardly prurient: as her career developed, Duras’s style became increasingly abstract and experimental, celebrated as much for its mastery of dialogue as for what was left unsaid.

Emma Ramadan is a literary translator based in Providence, RI. She is the recipient of the PEN Translation Prize, the Albertine Prize, an NEA Translation Fellowship, and a Fulbright. Her translations include Anne Garréta’s Sphinx, Virginie Despentes’s Pretty Things, and Abdellah Taïa’s A Country for Dying.

Lyne Lapointe was born in Montréal and lives and works in Mansonville, Québec. By the early 80’s, she was recognized as one of the most promising Canadian artists of her generation. From 1983 to 1994 she created a groundbreaking series of site-specific works with critic Martha Fleming, transforming abandoned spaces into ephemeral personal memoirs, culminating with a large-scale installation at the 22nd Bienal de São Paulo. Lapointe has shown at MoMA PS1; New Museum, NY; National Gallery of Canada; and had a mid-career survey at Musée d’Art Contemporain de Montréal. Her work is in major collections, including Brown University Art Museum; MIT List Visual Arts Center; Musée d’Art Contemporain de Montréal; National Gallery of Canada; and Musée National des Beaux-Arts du Quebec.