Everything that happens will happen today.
–David Byrne and Brian Eno 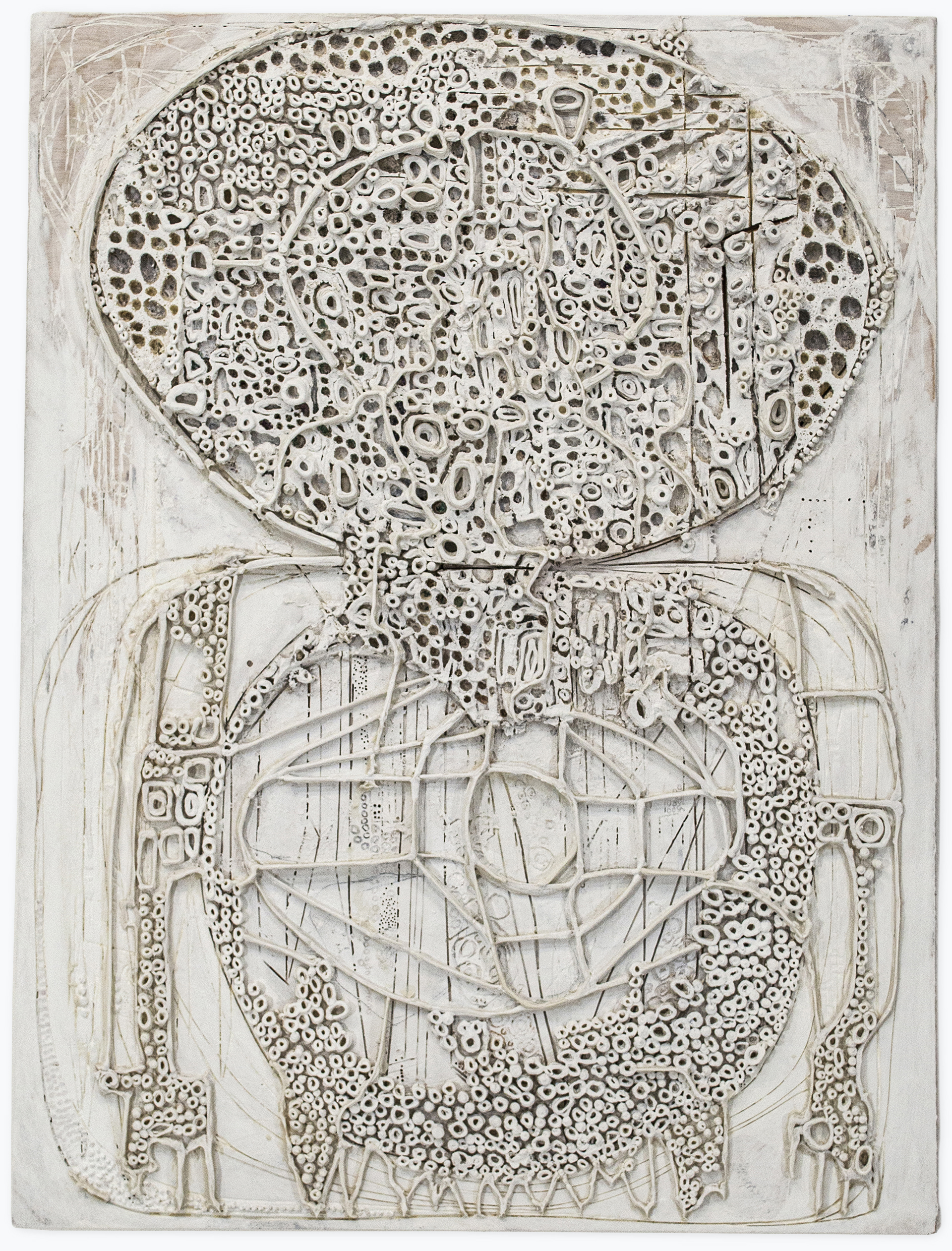 There are killers everywhere. They stalk the streets, the hallways of our apartments and houses, the boiler rooms of factories, caught up in the axles of 18-wheelers. Killers lie unloaded or loaded in bedside drawers, center consoles, tucked into waistbands and police department–issued holsters. Killers clack around in prescription bottles, this and that—never mix one with the other or either with alcohol or heavy machinery, killers in their own rights.

A strawberry is a killer.

A young woman who works at a library help desk, that ding of her phone when she’s driving in the hills, blue-sky farm country, and she reaches for the killer: a text from her fiancé to which she replies, I love yuvv*#%%!887764555555.

Tired on the night shift at the paper mill: a killer. Lauren elbowed a toaster over into the sink’s sudsy dishes while Cora scrubbed a baking sheet—deceased. Jared’s killer was his own half-brother. Hakeem’s, a misty night, a fawn in the road, a locomotive.

My father’s spontaneously collapsed lung, a matter of anatomy, said the surgeon, as though that clarified anything—well, a very close call.

My great-grandmother on my mother’s side looked a killer in its churning and froth, that wintry river in which I imagine sheets of ice colliding, and in she walked and waded, thinking: Take me, killer. Hold me, killer. My postpartum self needs your silence, the numb after the ache of your chill. That river spat her out, deaf and anxious and new. She was in her nineties, after age turned back the clock and she’d shriveled down into a pleased little girl, when her real killer finally came: Alzheimer’s.

I woke up on December 22, 2015 unable to get out of bed. My joints were swollen and stiff, I had a fever, couldn’t seem to catch my breath. This was only the beginning—an infection that would go on to spawn multiple autoimmune diseases. This was the start of the long stroll with death. Years later, we still walk, silently, side-by-side, in a mutual understanding that transcends language. Together, we are not in the moment—we are the moment, inhaling and exhaling the same air, saying nothing—what is to be said?

Hello is redundant. So is goodbye. 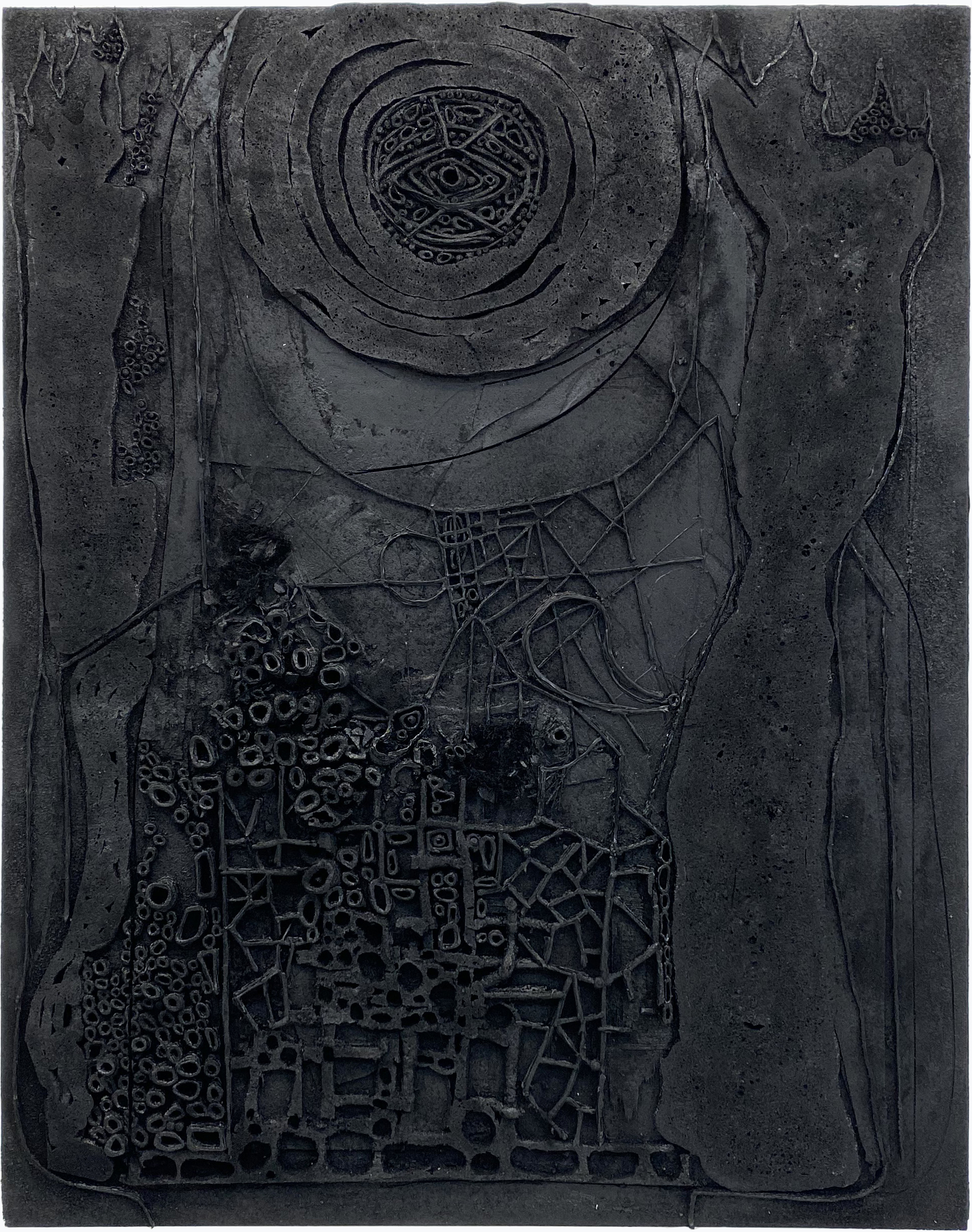 I was sitting on my porch steps just before dawn. For over a year, housebound by afflictions for which I did not yet have names, I’d been hearing a virtuoso violinist playing from sundown to sunrise. I could hear it then. I’d always assumed somebody was practicing. The day before, upon hearing about this, my father suggested that perhaps it was a recording—nearly killing my night songs.


Listen to the silence of your empty house, inside a room or better yet a closet. Turn inward and you’ll hear rushing rivers in your ears, deadly machinery of the heart pumping. Maybe you hear digestive sounds.

This is what it was like for me to lie in bed.

This is still, sometimes, what it is like for me.

Listen to the body.

The killer is speaking.

If you make it past the myriad threats—broken traffic lights, genetic predispositions, flooding, a flowerpot falling from a windowsill, high A1C (always with the blood sugar)—the killer still waits. What I mean is, your body will eventually attack you if you’re safe and lucky enough. Your body will combust as a result of executing its sole function: living.

That’s what kills everyone in the end.

When you have autoimmune diseases, your body’s defense mechanisms go rogue and a system designed to kill foreign invaders—bacteria, parasites, viruses, spirochetes, fungi—attacks your healthy, living tissues. The only way to rein in this potentially lethal cascade, according to modern medicine, is to maim the immune system thereby muffling the assaults. This has left me with little defense against catching all manner of infections: life-threatening bacteria in the colon, latent tuberculosis, staph repeatedly infesting the skin, a bout of the common cold prolonged and exaggerated and turned into bronchitis—interrupted by drugs before pneumonia set in. I contracted COVID-19 before the availability of vaccines and was saved by a monoclonal antibody infusion.

To live in this loop, this threat carousel, is to think often of death.

Death as a state of no more.

Death as a place beyond.

I’ve been thinking a lot lately about the importance of writing a last will and testament, sooner rather than later, and more importantly filling out an advance directive—that is, a document saying: nobody be a hero, nobody be a cowboy, pull the plug—don’t think twice, I had it coming. 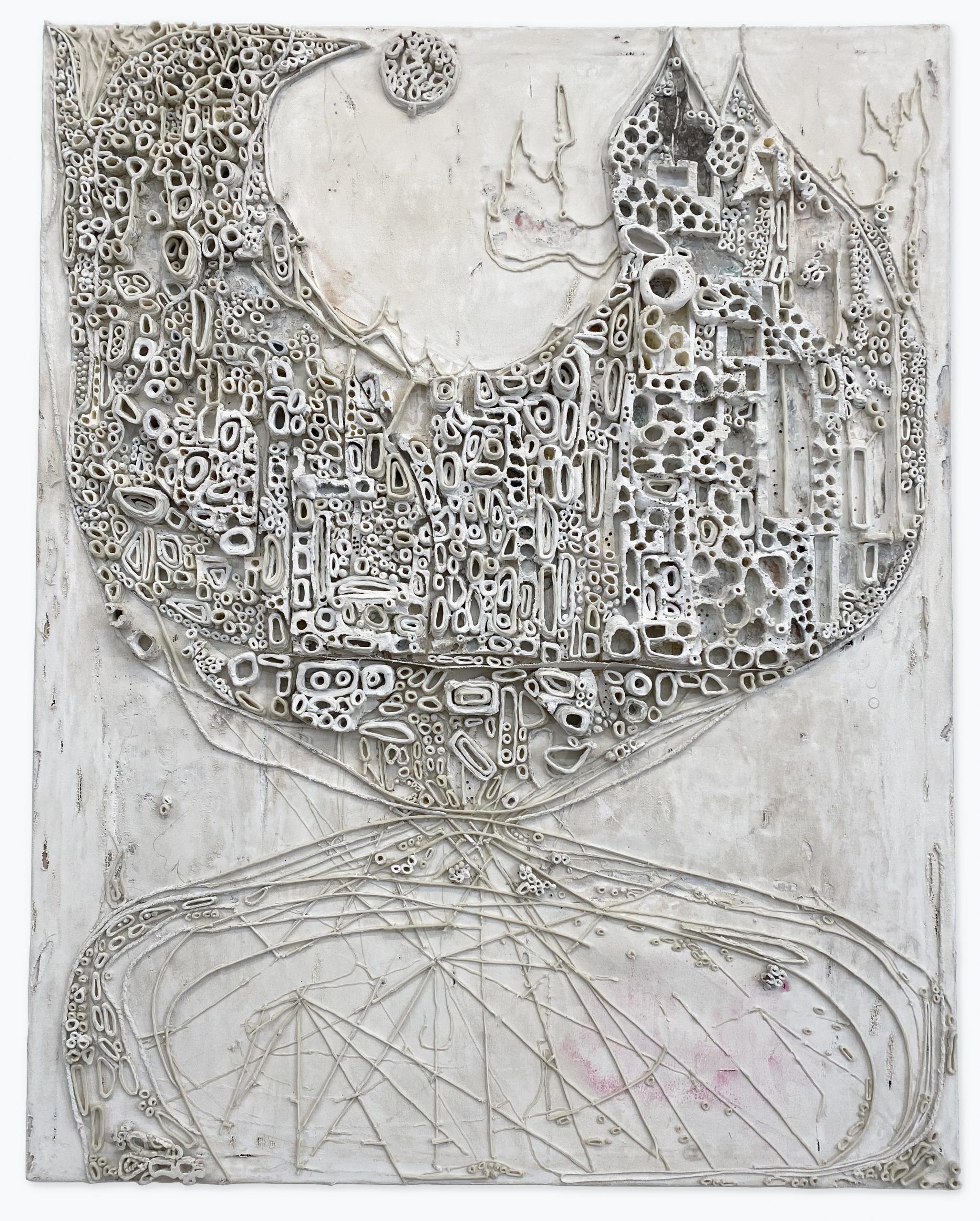 My husband has a video recording of me choking and gasping in my sleep, then ceasing to breathe for a long time, which I refuse to watch. I don’t need to see glimpses of my near-death. I can feel it plainly. What I see is the virtuoso when I’m listening to that violin. Yes, I’m certain there’s someone playing. From the music I can feel that truth: the hand holding the bow, the eyes closed but moving in their sockets, a foot that rests heel-down. This person has been forgotten, they think, and may as well be dead.

Maybe I should follow the music to the violinist’s house and leave a note: Thank you for exquisite melodies for my sleepless nights. You keep me company in your solitude. You save me.

The rift between my interior and exterior is an ever-expanding gulf. When it widens enough it will swallow me.

What I mean is not a matter of decoding symbols, messing with metaphor. No, there will come a day when I’m lying in bed and am taken by something more leaden than sleep, dragged down into the icy depths, but unlike my great-grandmother I won’t come back up.

I have two lives: the one I hope for myself and the one that will be.

In the life that I hope for, I will gain sufficient traction in terms of dealing with my autoimmune disorders that I can get off most medications, become pregnant, and then function as a mother, a writer, a wife, a teacher. That is to say, my wildest dream is for an ordinary life.

In the life that will be, all I can know is that I’ll be changed—that living beside death, as my brain, my lungs, my joints, my life have been ravaged by disease, has scared and scarred me, sometimes clawing open heavy clouds to expose rays of gratitude, sometimes clawing shut curtains on the windows of an apartment I can rarely escape. I have been changed by the kindnesses I have received in my illness, yet I trust people less, as many of the people closest to me withdrew, refusing to bear witness.

In both lives, I will continue to bear witness to suffering, to ending, to becoming someone I never planned on being. I will watch you become, as well.

There’s a word for that universal procession: life. 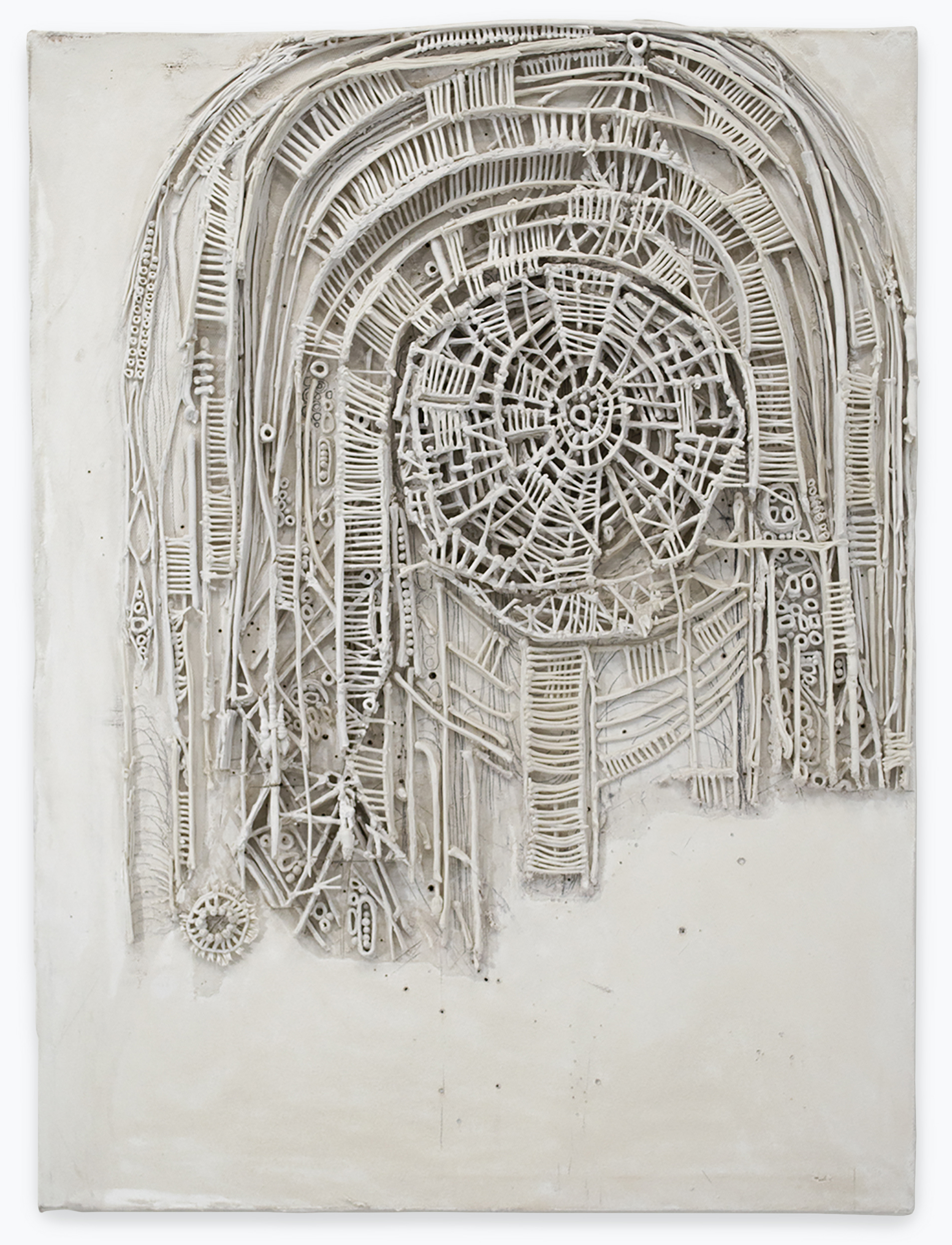 If there’s no knife to your throat—

If the cancer is truly excised with good margins—

If the brakes slam down just in time—

If she has been trained, back at Girl Scouts, in the Heimlich—

If you increase your exercise regimen and make it a point to eat a leafy green, a cruciferous vegetable, an ancient grain, superfoods, every single day and thereby manage to stave off and off—

If you practice self-care—

If your blood pressure reduces several points, both systolic and diastolic, due to time spent petting a cat—

If you are reborn in the eyes of God—

If love makes you young again—

If you live in a state of perpetual gratitude—

One day, I realized that I hadn’t heard the violinist in a long time. I didn’t notice when she stopped, but once I did, I was inconsolable. I heaved with silent sobs, and I wondered if she moved or died or quit playing. These options felt like greater losses than they ought to, given that she was unknown to me except as someone whom I loved. That she was a woman and my age, I always assumed. Forever, I’ll imagine that I knew her, adored her—that I was her, I am her now, today—and then I’ll close my eyes.

Emma Smith-Stevens is the author of a novel, The Australian (Dzanc). Her writing has also appeared in BOMB; Catapult; Literary Hub; the NYT-bestselling, Lambda award–winning anthology Not That Bad: Dispatches From Rape Culture (ed. Roxane Gay, Harper Collins); and elsewhere. She lives in Brooklyn, NY and is writing a memoir.

Lauriston Avery (b. 1968) in Norwich, Connecticut, studied at the San Francisco Art Institute and received a BFA from the Maryland Institute College of Art in 1990. Avery’s work has been exhibited internationally since 2010 with recent solo and group exhibitions in Germany, New York and California. Avery currently lives and works in New York.