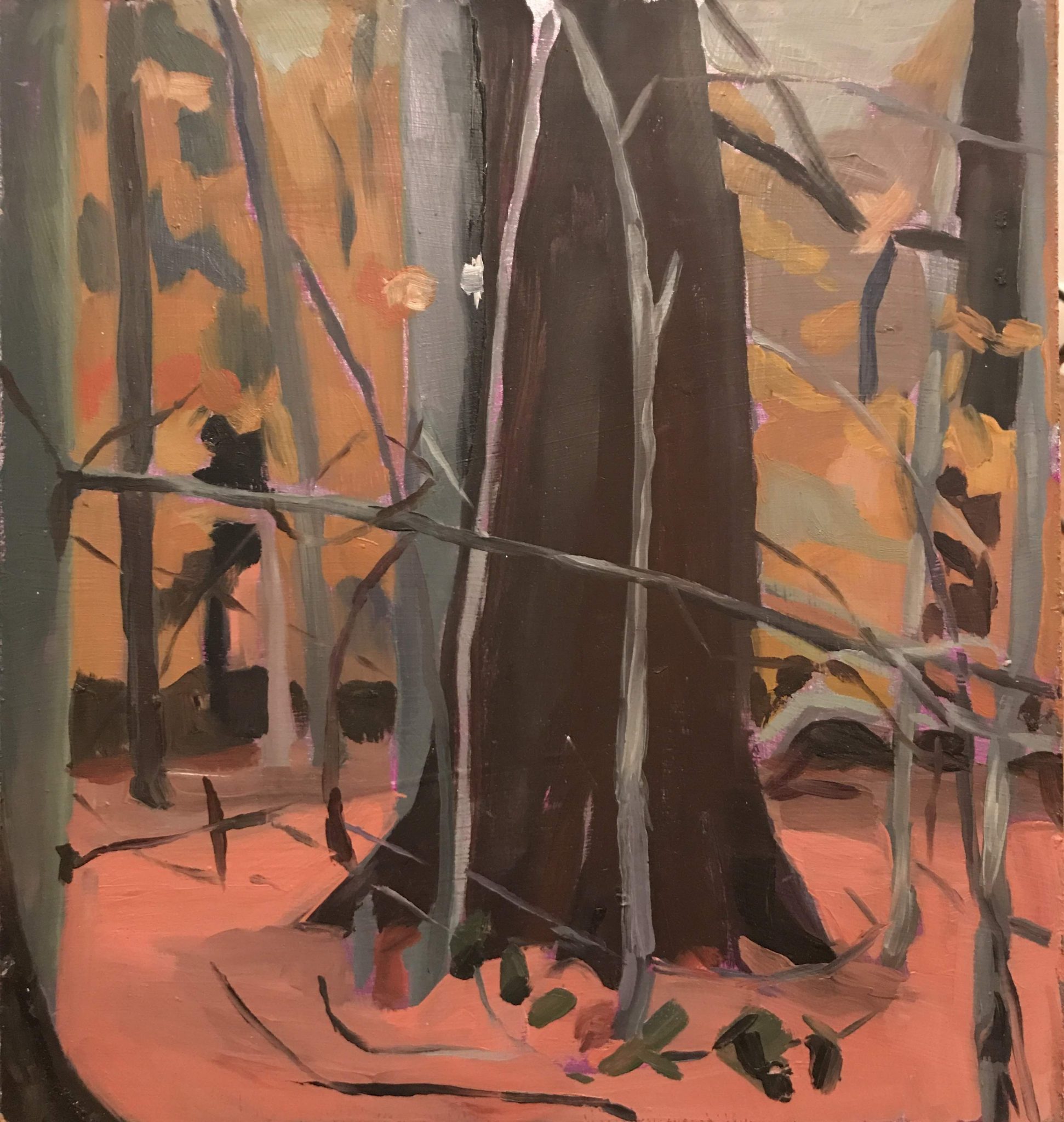 Go into the woods.  Go in where you cannot see.  Go in the dark.

Your mother has sent you, it’s time to go.  You’re given a basket. It’s what you need, though you don’t know this yet.

The woods are dark.

Swish, swish, mysterious sounds.  The crumble of leaves, the crunch of twigs and branches, padding feet.  There’s mushy sounds, the pock of your feet, the suck of your footsteps coming up from the ground.  There’s pecking and rustling and whirring of wings, the sound of watching.

“To Grandmother’s house,” your mother said.  You tried to be good but were not prepared for this or for your Mother’s loss, for no longer being a child.  For learning how much of being alive is losing.

Did you ever really think that you could find the way yourself?  That anything you carried would sustain you? Is that why Mother sent you when she did?  Because she knew how long it takes and hoped your leaving when you did would spare you seeing what awaited to her?

Take this she said:  Your body. Your heart.  Your body, your heart, your life.  Go with your faults. Yes, take your faults, your wanting to die, your falling and hiding and getting lost, your longing and wanting and wounding, your wanting heart. 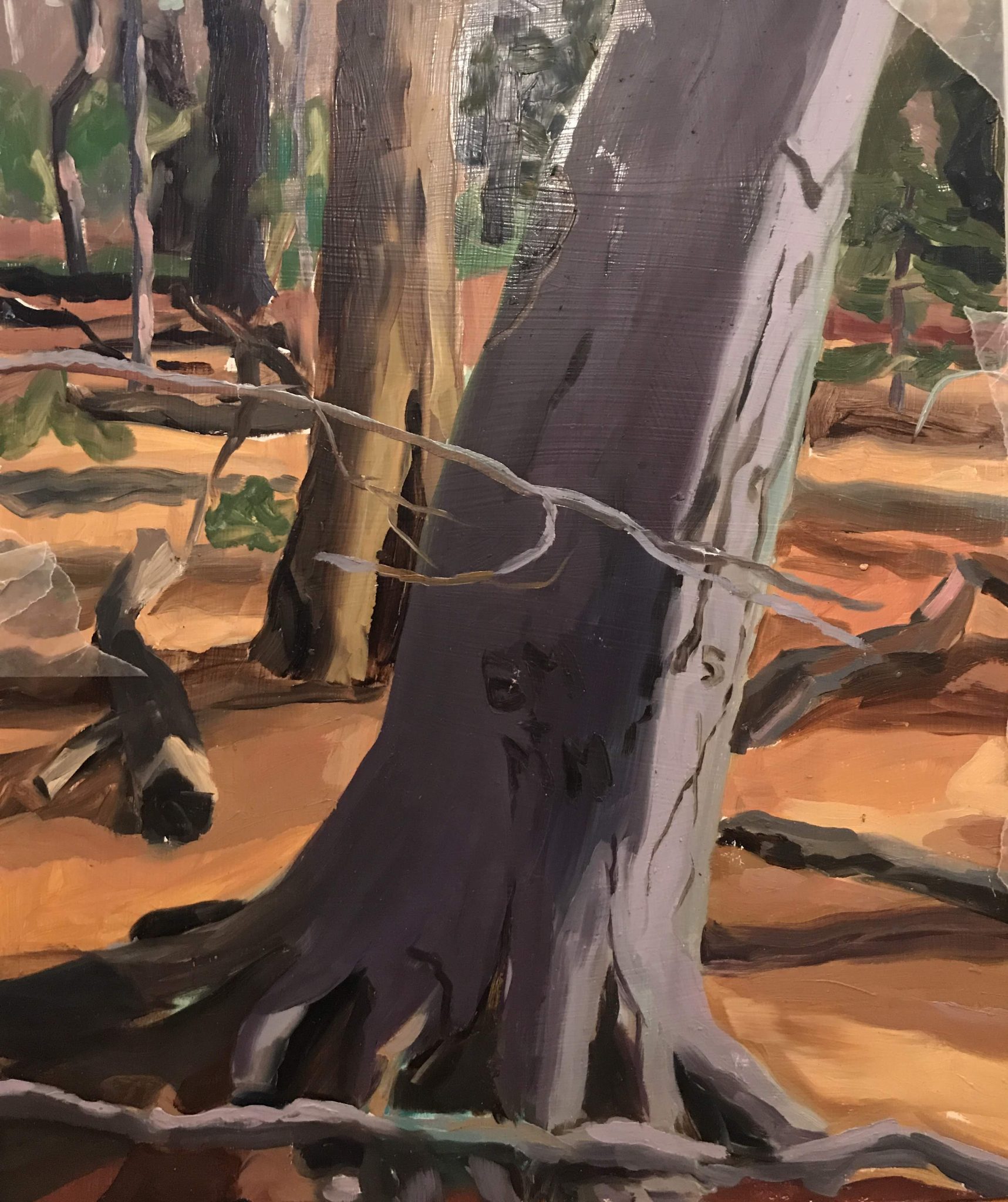 The woods are dark, the air is thick.  There’s whispers and chitters and cawing and gnawing and burrowing.  There’s creaking and loaming and pecking at things, there’s loosing, unbinding, decay and mulch and greening.  Behind you, around, in front you - oh! what you cannot see.

How long does it take to Grandma’s house?

A sound or a shadow, behind, in front.  Beside, out of the corner of your eye. Your heart’s afraid.  You cry, cry, Mother?

Who gave to you?  What else is there to give?

He is carrying an ax.  “To Grandmother’s house,” he asks, though you’re already walking on the way with him.  He carries an ax and walks with you, beside you, quiet, leading, letting you. He cuts away branches across the path, and stays when you need to rest.  He builds you a fire at night and he abides. He stays awake and lets you rest. Awake when you wake and ready to leave or wait awaiting you. Sometimes when you’re tired he carries the basket too.

You and the Woodsman meet the Wolf.  You’ve never not heard him pacing near, you’ve never not been afraid.  You’ve feared and you’ve dreamt of his teeth and jaws, the reach of his terrible claws.  You know the tales. 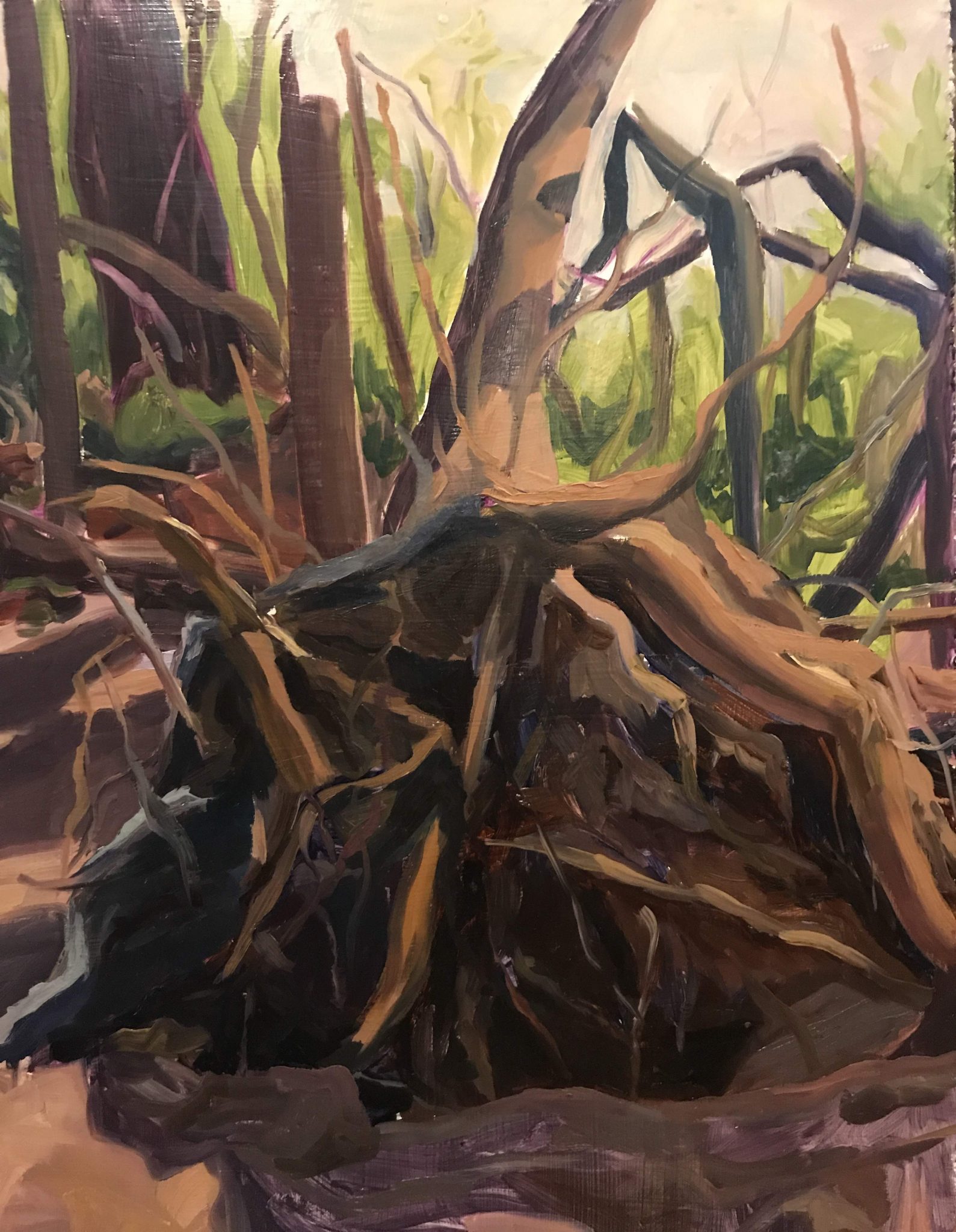 He walks with you near but out of reach.  At night you see his eyes in the woods from the fire’s light.  The woodsman begins to leave him scraps; he follows you, paces around where you camp at night.

By the time he is old, or because he is old, he is tame.  The woodsman has made a pet of him. A tooth-missing, limping, old, trap-wounded wolf, brown goop coming out of his eyes.  His ears are torn and his whitening fur is scarred. The stars revolve, the sky around remains. The woodsman’s now walks with his ax like a cane.  You wake up warm by the snoring old wolf, its soft fur warm as a blanket.

There’s light in the windows at Grandma’s house, the fire’s already lit.

You open the door.

The table is laid.  There’s milk and stew and a plate of bread.  A fire in the hearth. The wolf hobbles in and turns like a dog and lays down in front of the fire.  There’s two chairs by the fire too, and a room beyond. It’s Grandma’s room where she is alive. It’s more than you can imagine.

Is Grandmother there?  She is. Is Mother too? Her too.  The Woodcutter and Wolf? Yes, both of them.  The Woodcutter’s father and mother too? Them too. The mom and the dad of the wolf?   And all the Cubs. How about the men who killed the wolves? Yes, even them. None will be left behind or lost: the children wandering in the woods, the pretty girls the homely girls once wanted so be, yes, all of them.  The princes and brother, the crippled and poor, the wounded, the angry, the hurt. The kings and the fallen, the ones we’ve lost, they’ll all be there with her, to eat and rest, to sleep, undo, forget, remember only what is good, and rise, yes, all will rise.