To My Mother / To My Dear Daughter

Art by Richard Barnes
Other images courtesy of the author

“I was so happy and so were you because you could make me happy. Our happiness didn’t last long. It faded away like a dream.”

Every time I read Dictee, I am struck by how much of it seems to be a conversation between Theresa and her mother, Hyung Soon Cha. Many figures in Dictee come and go, but Hyung Soon is one of the few Theresa repeatedly addresses, as if she were writing the book for her. After all, Hyung Soon always wanted to be a writer; and Theresa tries to accomplish that dream by publishing Hyung Soon’s journals through Dictee.

Hyung Soon certainly seems to have felt that way, too. She also published a book, fifteen years after Dictee, titled The Little Black Spot I Left Behind. It is a collection of autobiographical essays, often colored with her daughter’s influence, as if responding to her. For the last two years, I have tried to piece how these books fit together, where the two converse. In my musings I often think of a letter from Theresa that Hyung Soon quotes in a tribute:

“I think I am getting some answers from deep inside. It will be blown out some day. I believe it. It is not only for myself. I like to let other people know that there is the pure, lily-like simplicity of beauty somewhere in the world. Of course, I will get a lot of suffering and heartache because of the crazy and strange world but I will be satisfied with illuminating my ideas like a clear mirror to one or two persons…Anyway if I am good someone will listen to my voice.”

So mother and daughter write to each other, recalling myths, dreams, voices long past. 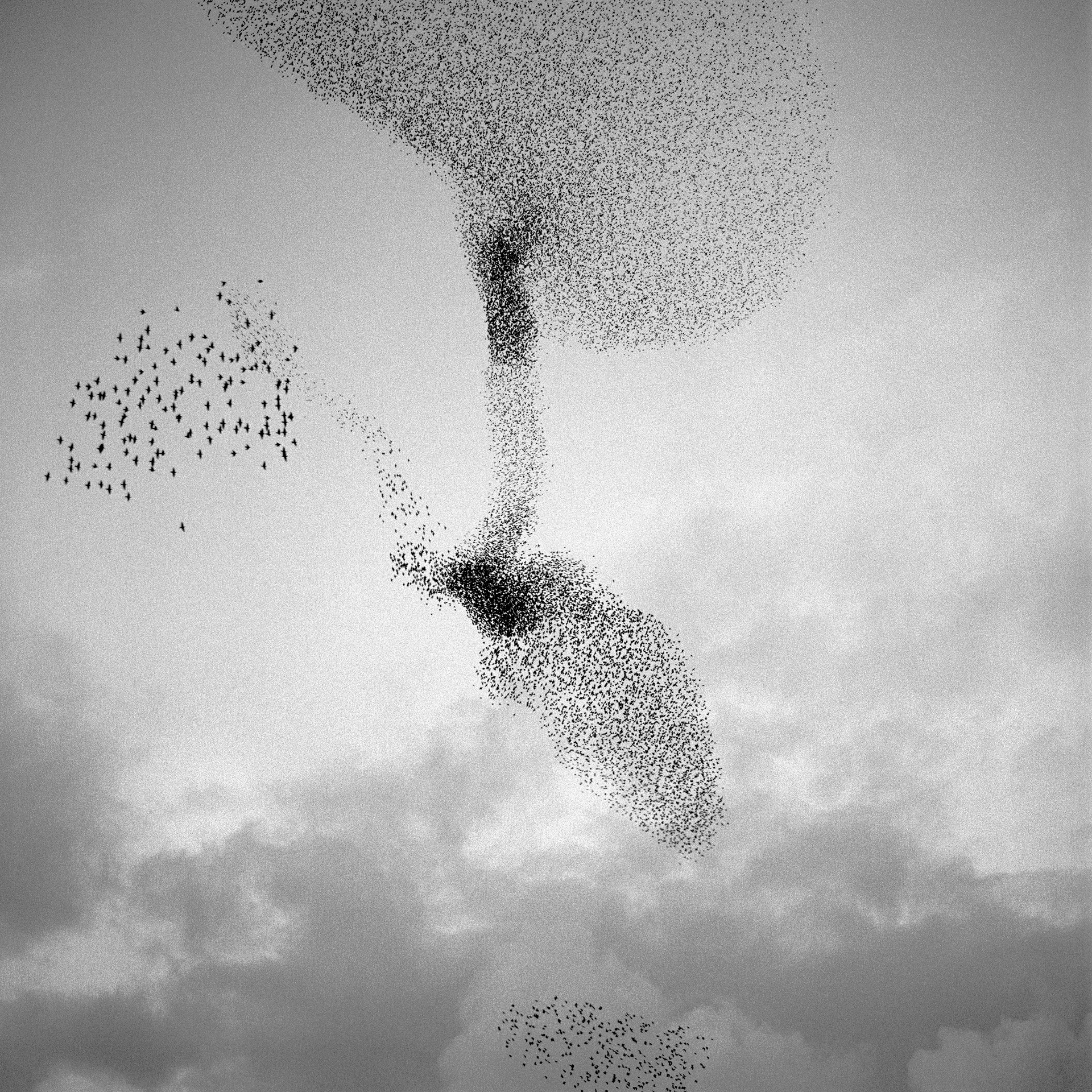 Through Dictee’s “Calliope: Epic Poetry,” Theresa appears to rework what was later published as the essay “새소리와 어머니” (Birdsong and mom) in Little Black Spot. As if riffing from the Odyssey quotation that appears in Dictee’s prologue—“Tell me the story / Of all these things. / Beginning wherever you wish, tell even us”—Theresa eschews the Muse to ask her mother if she could borrow her journals. Like Odysseus, Hyung Soon wandered very many places (μάλα πολλὰ πλάγχθη). The verb “πλάγχθη” means “to wander” in the passive voice, as it is here. But in the active, it can mean “to strike”; hence, to be struck repeatedly is to wander. The etymology conveys the unwilling passivity of the exile, whose homecoming is always blocked by forces outside their control.

This sense of “πλάγχθη” underpins Hyung Soon’s writing about home. In the original essay, Hyung Soon recalls the time she caught pneumonia while teaching in Manchuria at age eighteen, and returned home. She tries to sleep, but cannot because the birds outside are too noisy. Her mother, who comes at dawn to check on her, babies her, stroking her forehead. Many years later, Hyung Soon hears birds in the morning, and vividly recalls her mother’s touch. Though she has closure, sensing her presence once more, her joy is stirred with grief. As detailed in another essay, when fleeing south, Hyung Soon was forced to leave her mother sick on her deathbed, never again to return north. All she has left of her are visions, memories, slicing across decades to visit her at dawn.

Theresa makes Hyung Soon’s story “larger than large,” as she describes Manchuria and the hearts of its Korean exiles, but retains key elements. She alludes to Hyung Soon’s childishness despite her age. For Hyung Soon, the birds and their song link two disparate moments in her life, each facilitating her mother’s embrace. Fittingly, the birds in Theresa’s version are what will scatter Hyung Soon’s words, her writing process likened to planting seeds, having fostered correspondence not only between mother and daughter but also mother and the world. Hyung Soon’s mother is made larger than herself too, as the address “Mother” connects her semantically to Korea as missing motherland and Korean as mother tongue. But Theresa retains the snapshot of her touch, makes it immortal, as no death will take her hands; “no death will take them, Mother, I dream you just to be able to see you.” Even if Theresa’s own return to Korea is thwarted just a few pages later, she revises Hyung Soon’s exile, bringing her home: “you come back,” she insists, “you come back you come back to your one mother to your one father.”

If she retold the story, starting from wherever she wished, perhaps the ending could be different.

In exchange, Hyung Soon is perhaps Theresa’s best reader. One of the essays which discusses Theresa and echoes Dictee the most is “작은 거울” (Small mirror), in which Hyung Soon illuminates her conception of motherhood with a mirror.

The story begins with a little mirror labeled “Super Mum!” that Elizabeth, her eldest daughter, picks up for her as a gift. Initially, Hyung Soon sees her own reflection in the mirror but gradually disassociates, seeing not her own face but that of somebody else’s daughter, wife, mother. As if responding to Theresa’s collection of daughters in Dictee, Hyung Soon cites other examples of mothers, using them to qualify her own experience.

But her composite quickly falls apart. The peculiarities of Hyung Soon’s life burst to the forefront as she discusses her greatest regret, the death of her second daughter, followed by an unexpected visit:

Some time ago I talked to a young, female college student. She says, “I hate my mother.” Looking at her I doubt her words. But realizing that her expression is serious—I’m horrified. Now, I can hear her voice more clearly, and her face appears. It’s her. I had to bury this child. How many times have I wept at her grave, begging that she forgive my shortcomings?

One day, in the early morning, I heard a voice in my ear while I was sleeping: “Mom, mom, I love you.” At this I woke up startled, but nobody was there. I’m certain I heard the voice of that child. That child, when she was alive, usually said this in English; but strangely, what I heard that morning was clearly Korean. I grabbed my chest and sobbed. “Oh, she’s forgiving me,” I said to myself. She must have seen me struggling, giving excuses, so she came to comfort me. Then, I could find peace in my heart.

After wondering if she should put away the mirror, feeling as if she doesn’t deserve the title of “Super Mum!,” Hyung Soon returns to her daughters just as Dictee’s narrator returns to her mother’s arms at its conclusion. She doesn’t want to reject her eldest daughter’s love, as expressed through the mirror, and figures she should keep it. That plucky Catholic schoolgirl in Dictee’s prologue, who makes up sins at confession, appears here too. A Catholic is supposed to love God above all else yet when she was alive, Theresa often said she loved Hyung Soon the same.

Just as I dream about her, how much must that child be missing me, too?

Even if no one else was listening, in the ebb and flow of silence, she knew how to wait. She was always waiting.

The first time I heard Theresa’s voice was at a Dictee marathon reading, where they were playing some of her video pieces in a nearby hallway. Many people before me have commented upon how striking her voice was. Though it’s not quite the same, I think always of Hyung Soon qualifying her voice as “똑똑한” in “Small Mirror”—“clearly” Korean and clearly Theresa when she was least expected. Clear as if recalling the peal of bells that concludes Dictee. The unexpected abundance of sound closing a book largely about silence and the difficulty of speech.

You and I, it always feels like we are grasping at nothing, chasing after that young college student refracted in the mirror, the close-up shot of her face on the video projector. Though you may not expect it, I often think about you too, that old photo blown up on that book of yours. Even when I am busy, hazy visions of you and her always cling to the back of my mind.

Having never met you, it’s not possible for me to dream about you. So instead I keep vigil waiting for you. Between the letter, the video, the book, the essay, I soothe my grief with the delusion that I could materialize you in your absence. Perhaps I could even sense your conversation. Over and over I re-wind the tape, re-fresh the page, re-read every word. Each time anticipating the interval between stillness and sound where I can finally hear you speak.

Elisa McAtee is a recent college graduate living in Los Angeles. She is half Korean. Her primary research interest is western classical reception in Asian American literature.