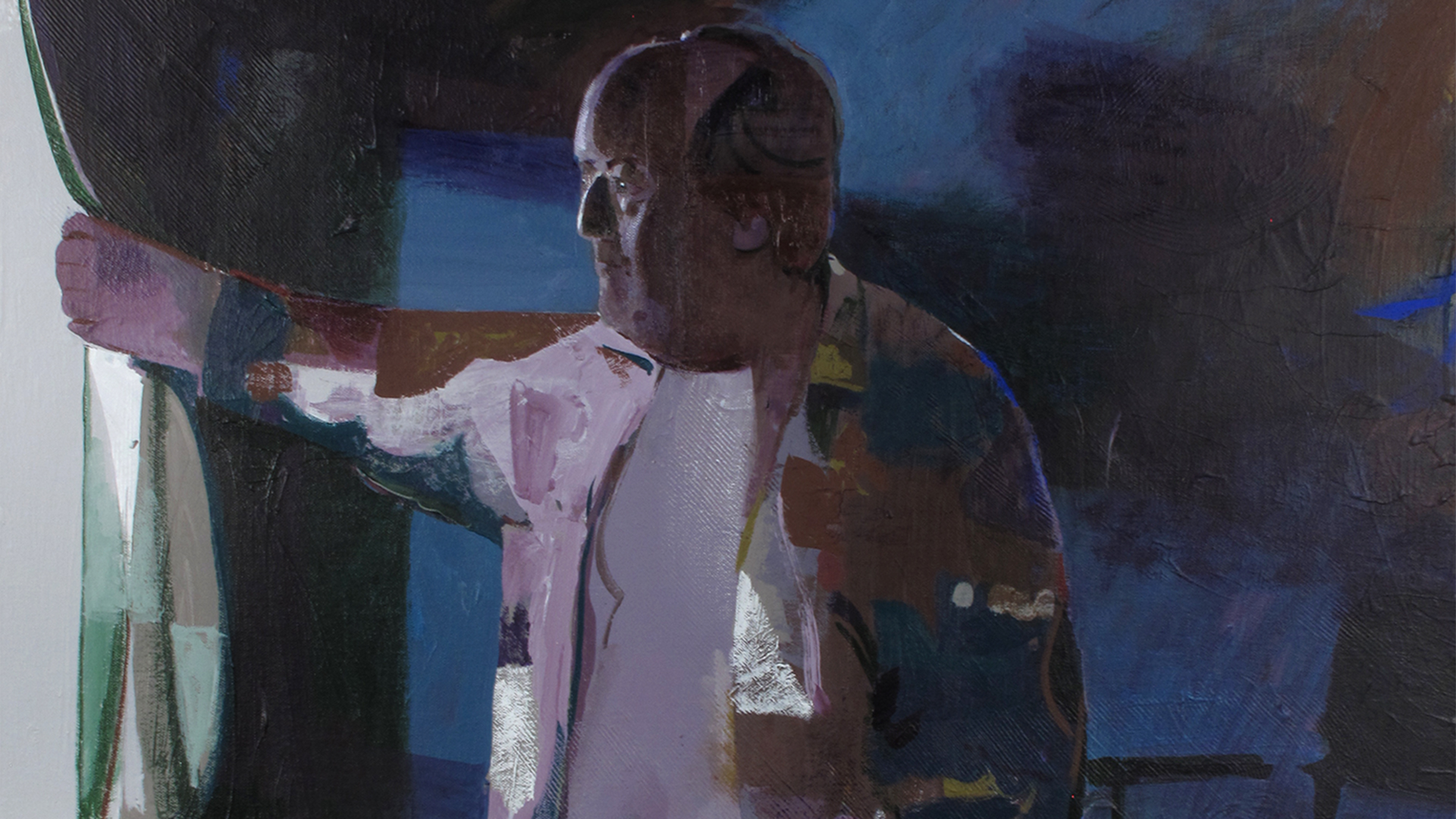 Today the man I live with and I each named a thing we wanted to accomplish. Mine was smashing broken bottles and pottery for the Watts Tower/Gaudí installation I am building in the former serial killer’s basement of our house. Last night I stayed awake until 4 AM, and it reminded me of my old life in my apartment in the quiet and happiness of solitude. I have been careful the past year not to rob the apartment of stylish things for the house, and now I don’t care. “The next time we go to New York, let's take the coffee table,” I said to the man I live with. “We'll put something else there.” I didn’t know what.

We have been watching 2001: A Space Odyssey, and we keep falling asleep. I love the boring, retro pace. Everything about it is beautiful and tedious and poignant in the way it captures a future that was already defunct in 1968, when the movie was made. A little while ago I was chopping vegetables, and I thought about an impetuous message I’d sent a friend today and worried it might not be welcome since he hadn’t responded. Then a voice in my head said: Say what you would say if you thought you were dying.

Another friend suggested I would be happier if I made the most annoying person in my life into my teacher. She said I could learn patience, compassion, and a way to release anger from my life. I felt like a shopper in a supermarket whose basket is being filled with things I don’t eat. Finding instruction in adversity is like faking an orgasm. Then it struck me I might be the most annoying person in my friend’s life, and immediately I felt compassion for her for sticking it out with me all these years. 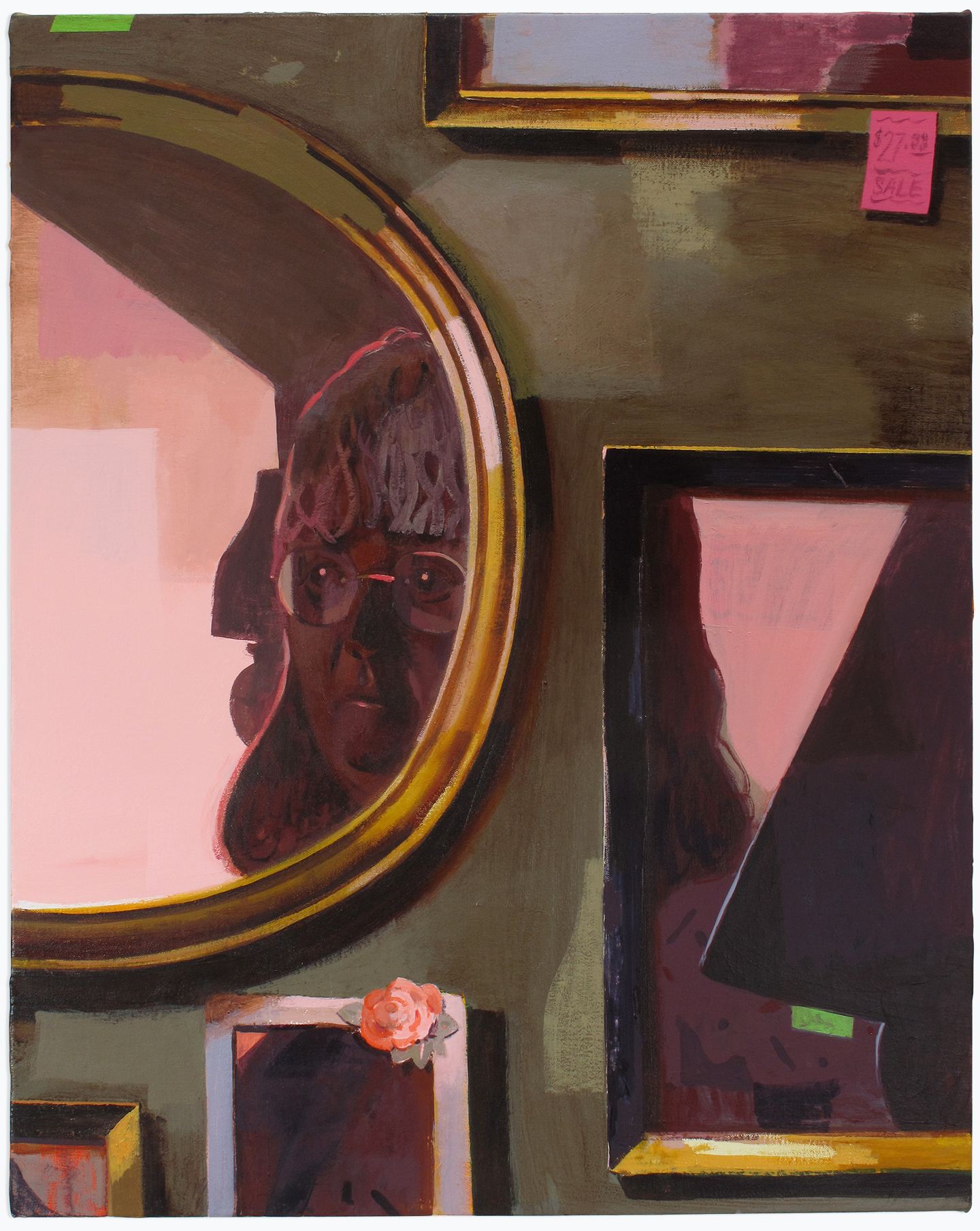 Today I was a guest in the Zoom class of a friend, and there they were, twenty bright and beautiful faces, and I asked them to unmute unless there was an owl or a coyote in their apartments, so we could feel we were together where you hear what people are murmuring as well as what others are saying. They had read some work of mine, but really we wanted to have a conversation about whatever was on their minds. They were tender toward each other and already brilliant, some of them, about the contingent nature of identity, how it was sliding into the next shape you could use as a reference point to find more comfort or freedom for the time you needed it. I felt so happy because I was meeting all these strangers, and it reminded me of riding the subway, when you see the faces of people from everywhere on the planet, and I missed the way you suddenly fall into conversations on the streets, and everyone on Zoom nodded, each in a solitary box, missing strangeness, too, and I cried a little, and no one minded.

On Sunday I will arrive at the age my father was when he died. It seemed old then. I was thirty-five. He fell off a ladder was the way he learned he had cancer of the liver. I see him on a ledge outside the hospital. It’s summer. The sun is shining on his face for the last time. I’m with him when he dies. Just me, as if we are having a secret affair.

Recently I ate a whole marijuana gummy, not knowing it should have been a quarter, and my thoughts melted at the edges. I remembered a yoga teacher who was loved for his sadism, the way everyone is. My hair was cropped in the style of a man. My fingers were dirty and loose in your mouth. I remembered the smile of Richard Nixon that looked like a rock had come down hard on his hand. I was the only one on stage who had not learned their lines. I wondered if you would call before you left.

Sacha Baron Cohen—I'll be your Jew. That's how I read him. Monied, educated, and English. But still a Jew in that world. The world of Virginia Woolf's casual, de rigueur antisemitic quips and Orwell’s nasty spittle. The Jew in England: Shylock and Fagin. The nose, the hands greasy from counting money. Above all vulgar, out of it socially. Big gestures. Hands and voice. Vulgar in the extreme, and they seem to enjoy it, they seem not to understand how repulsive the rest of us find them. Cohen's response—you want to see the Jew you secretly harbor in your thoughts, the Jew you no longer dare to speak about publicly? I’ll be your Jew, and in being your Jew, I will show you who you are. He's fearless because of his class and accent, also his tall, handsome manself. Go baby, be their Jew and our reckless vulgarian. There is so much pleasure in what is understood as vulgarity. Another word for this is comedy. 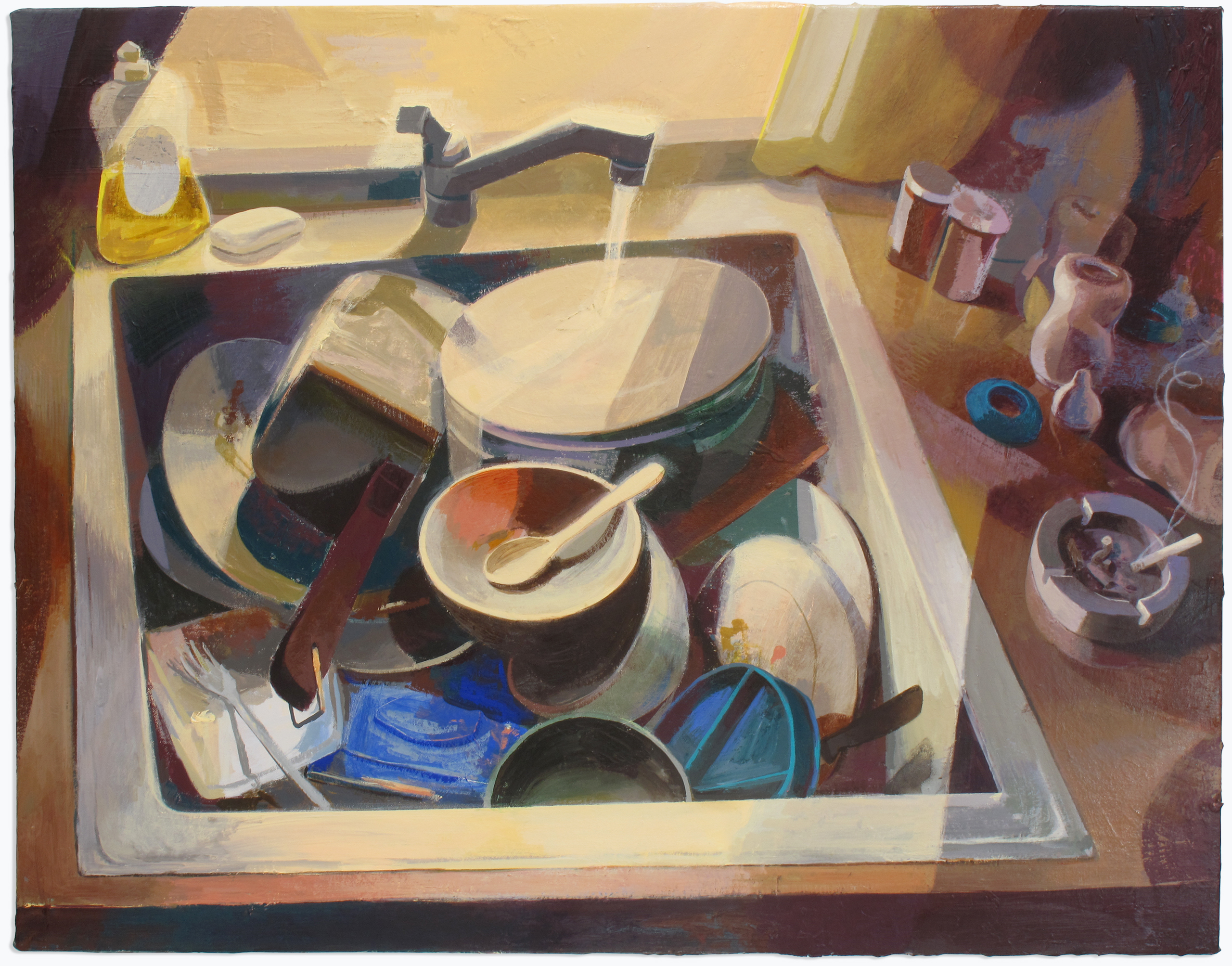 The day after my birthday I found myself thinking about André Glaz, the psychoanalyst who treated many members of my family and when I was fourteen took me into his bed. Thinking about André is a way of missing my sister and a cousin. André also took my cousin into his bed, and in her case for many years. When I met her again a few years ago, she said, “André shaped my life.” I said, “Mine, too,” and I don’t think we meant the same thing and I think it was true nonetheless what each of us said.

André was the shock that happens to a family. It could have been a brother waking up to find himself transformed into a large beetle or your father being arrested for insider trading while you and your mother stand on the velvet lawn, surprised and not surprised to see him led away in handcuffs.

When I agreed with my cousin that André had shaped my life, my thoughts drifted to sex. Yesterday I heard from someone I had felt an enormous attraction to in the past, one of those weather conditions that makes it impossible to stand, and I loved the memory of that excitement and that such sensations exist. The thing about André is he didn’t unhook me from that. He didn’t make sex weirder (in a not-good way) than it might have been had he not entered my life.

Far more marking stuff happens to people than happened to me. Far more marking stuff happened to my cousin. That kind of radical shift in the notion of trust and what is true and not true and what can be said and what cannot be said because it just can’t be, and also you are closed off from language for it, that kind of experience will remain on you and inside you. Do not think it will ever be small or shadowy or smudged. The way, also, it is not everything, is interesting. The way it is possible to know you were not specific in the activity that shaped your life does not prepare you for other times in sexual situations you will not be specific to the person you have fallen for or who has fallen for you, the way the other person will not be specific to you. The thing that happened with André did not prepare me for life, and yet all that nonspecificity has rolled over my life, as it has everyone’s, a series of sporadic, ineluctable tides that are not functions of cause and effect.

I’m a kid, and it’s my bed time. Sometimes it’s still light out, and I’m not tired. Maybe that’s why I’m sent to bed. I’m parked by a crack in the door from which I see a sliver of TV and catch a whisper of sound. My sister and the parents are on little couches in the den, and it’s only a matter of time before I’m discovered and sent to bed again. I don’t stop sneaking to the door and crouching there, no matter what. At this time, happiness comes in the form of flipping plastic charms (you buy in a gumball machine) against the wall of our screened porch and winning the charms of other kids I talk into playing with me. I win often. I must practice. Sometimes another child will gamble away a charm I consider a treasure, such as a tiny frying pan with bacon and two sunny-side-up eggs. If I win one of these special charms, I feel guilty, but I would not trade the pleasure of the win for all the ordinary love available to other kids. 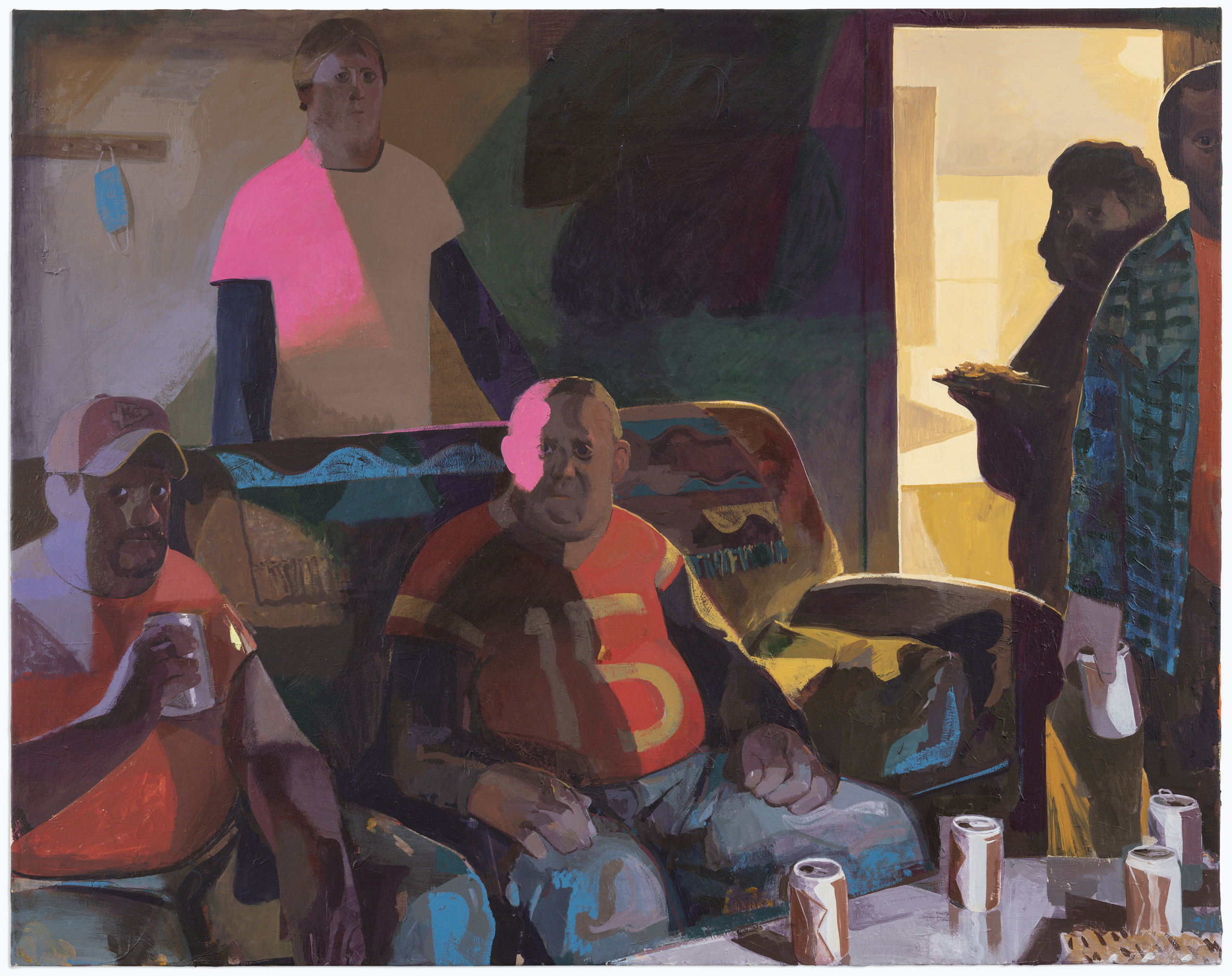 Today I roasted potatoes with parsley and olive oil. The temperature outside did not rise above freezing. I read the poems of a friend. The government of Argentina passed a law making abortion legal. I couldn’t remember whether my father was 74 going on 75 when he died or 75 going on 76. I couldn’t put my finger on the thing that makes Idris Elba sexy, although I thought it had to do with the pain in his eyes. I drank several cups of tea and a cup of coffee. I learned there are 1.8 million deaths worldwide from Covid so far. The wool on the sheep on our road was so thick it covered their eyes, and they bumped into each other. (Not true.) I remembered a dinner at the apartment of a writer I was getting to know who was so drunk by the time I arrived she didn’t seem to know who I was or why I was there. I thought about a man who walked down the stairs of the south tower after the first plane hit the north tower and afterward faked his death instead of breaking up with his girlfriend. (Not a real person.) I bought a small Turkish kilim from a woman who looked like a young horse stepping high in mounded snow. I ate salad with spicey peanut dressing and croutons. I walked with pleasure through the rooms of our house. I observed the man I live with reading Nietzsche’s The Genealogy of Morals and was glad we weren’t interested in the same things. I noticed paint around my nails. I didn’t imagine my death.

I cut some remaining flowers at the farm before the cold set in. Snapdragons, asters, zinnias still poking up. The cosmos were gone. There had been a few the week before. Back home, the cosmos I’d planted late were finally blooming, and it was like the last child at the circus with the tents empty and the canvas flaps flying. On the cloth bag I loaded the flowers into was a fat black bee looking dazed and out for a ride. We were alone in the field, and rain was coming down hard, and I didn’t mind. I gently nudged the bee to the ground and looked at him or her or it or they, I looked at this particular bee that doesn’t live in a hive I learned on Monty Don’s Gardeners’ World. Most bees—most of the great pollinators of earth—are solitary creatures, basically homeless and without roommates, and seem sleepy compared to honey bees and bumble bees because they spend so much time looking for a kip. The bee looked up, and I said, “Goodbye.” I said, “Really, you can’t go where I’m going. No one can.”